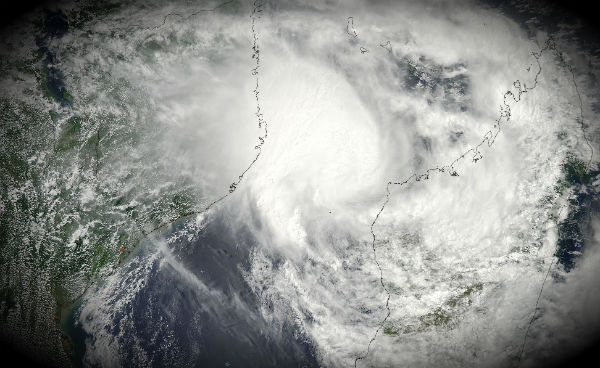 Tropical Cyclone Irina could make landfall on the southeastern coast of Africa in matter of hours with damaging winds and  flooding rain. Eastern South Africa, southernmost Mozambique as well as the small nation of Swaziland are in the path of dangerous cyclone. The JTWC forecast a Sunday landfall near Maputo followed by an inland path into Swaziland and eastern South Africa. Areas along and south of the direct storm track will be a greatest risk of excessive rain and flood starting Sunday. Even as it dissipates inland, Irina could continue to threaten flooding rain through the first part of next week.

As of Saturday, the center of Tropical Cyclone Irina was located 90 nm east of Maputo, Mozambique, and it was packing highest sustained winds of 55 to 60 mph, according to the Joint Typhoon Warning Center (JTWC). Movement was towards the southwest at about 06 knots, but was forecast to become more towards the west. Despite the recent movement away from land, rainbands in the outer periphery are generating downpours along the coast, especially between Maputo and Inhambane, Mozambique. 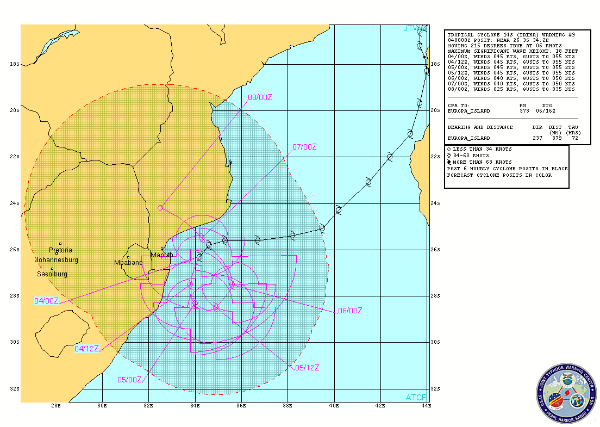 Animated water vapor imagery indicates that the system has lost the superb equatorial outflow  channel that existed 24 hours ago, but vigorous poleward outflow persists, and there is adequate outflow over the western quadrant. Currently, TC Irina is being kept over the western Mozambique Channel by a low-to mid-level anticyclone directly south of Madagascar, which is part of the subtropical ridge. 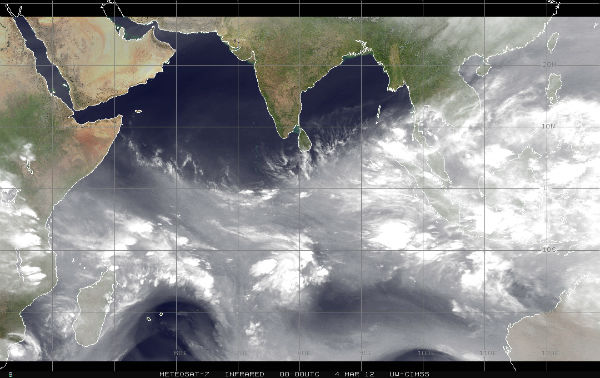 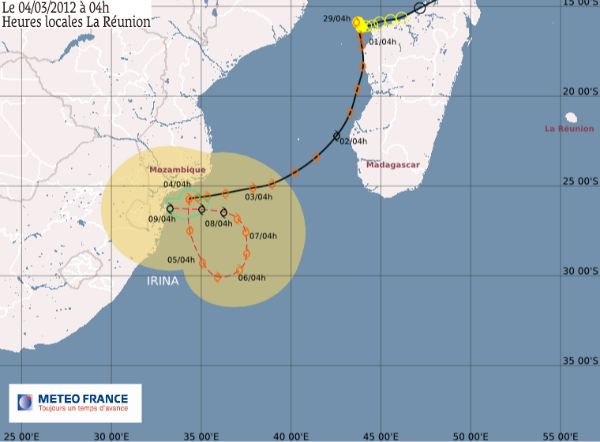 According to La Reunion Tropical Cyclone Center a 4 to 6 meters cyclonic swell is expected to threaten african coastlines from 24S to 33S within the next 24 hours. Within the southwards motion, environmental conditions are neutral (lack of low-level inflow, marginal SST) and temporarily unfavourable (westerly windshear constraint is expected on Monday and Tuesday), system is therefore not expected to intensify and should temporarily weaken. Despite current forecast, all inhabitants along african coastline between 23S and 30S are invited to closely monitor the evolution of Irina. 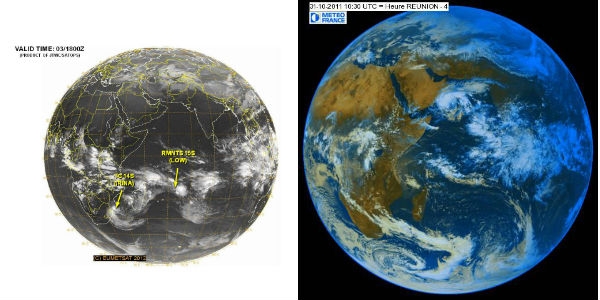