Serious flooding and wind damage will remain threats to Madagascar as tropical cyclone Irina continues drifting southward over the Mozambique Channel. A forecast turn to the southwest could eventually lead to a direct strike upon the African coast in southern Mozambique. The track over warm, open water would allow significant intensification.Torrential rain pounded parts of Madagascar Thursday as Tropical Cyclone Irina skirted its west coast with highest sustained winds were estimated at 60 to 65 mph. There were no reports of injury or serious damage so far.

Irina began as a tropical depression near the Seychelles on 25 February, and tracked across northern Madagascar this week as a soaking low pressure area. Named System 92S, it strengthened into Cyclone Irina off Cape St Andre, Madagascar. Now in the warm waters of the Mozambique Channel (the body of water between the island nation of Madagascar to the east and Mozambique to the west), Irina is strengthening as it tracks southwestward. Before Irina, Tropical Cyclone Funso, the first Tropical Cyclone to affect Mozambique since Jokwe in 2008, led the way into the Channel, forming on January 19, 2012 and dissipating January 29, 2012. Intense Tropical Cyclone Giovanna followed, forming on February 9 and, after making landfall on Madagascar and killing at least 31 people, dissipated east of Madagascar on February 21. 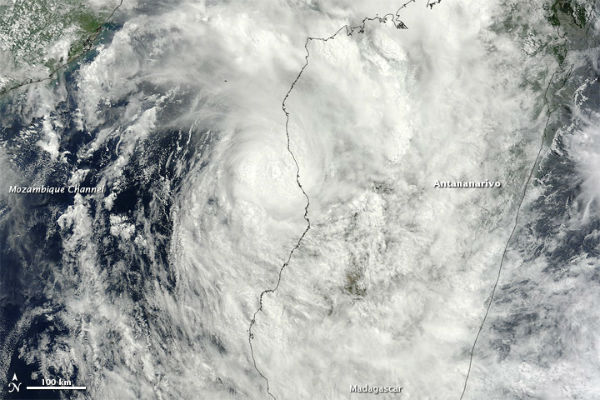 TC Irina (14S) is currently located 425 nm east-northeast of Maputo (Mozambique) and it is moving southwestward at 17 knots over the past six hours according to Joint Typhoon Warning Center. TC Irina is expected to continue tracking along the northern periphery of a deep-layered subtropical ridge to the south up to landfall and dissipation into Mozambique. 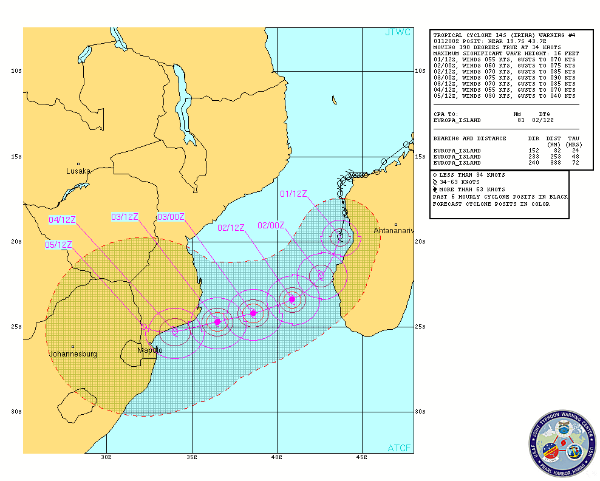 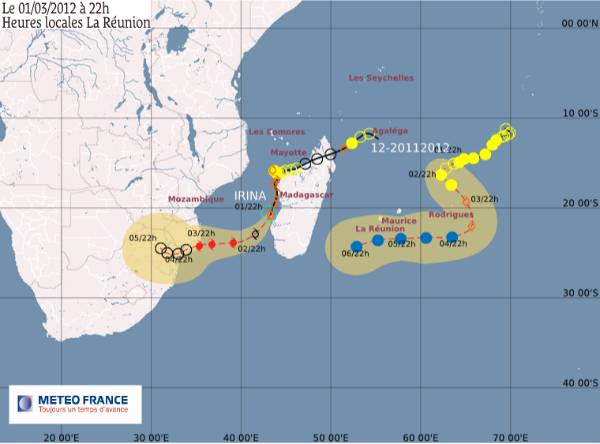 Barring an unforeseen shift to the east, any widespread wind damage in Madagascar should be confined to the southwestern coast nearest the cyclone's direct path. However, flooding rain could happen almost anywhere on the island. As of Thursday, for instance, the east coast town of Toamasina had already picked up more than 250 mm, or 10 inches, of rain since the start of the week.

The threat of a tropical cyclone landfall in southern Mozambique will grow on Saturday and should happen by Sunday, according to current indications. The area of landfall, which could include the capital, Maputo, will be at risk of flooding rain and damaging wind. 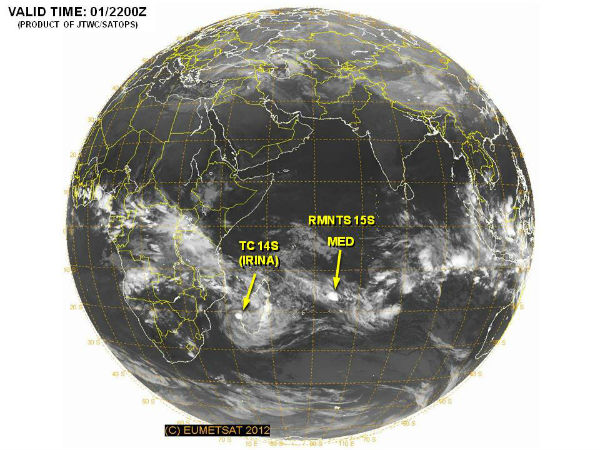