The eruption of a magnetic filament at the sun’s northeastern limb split the sun’s atmosphere during the early hours of February 24th, creating a “canyon of fire”. The glowing walls of the canyon are formed in a process closely related to that of arcade loops, which appear after many solar flares. Stretching more than 400,000 km from end to end, the structure traces the original channel where the filament was suspended by magnetic forces above the stellar surface. (SpaceWeather) 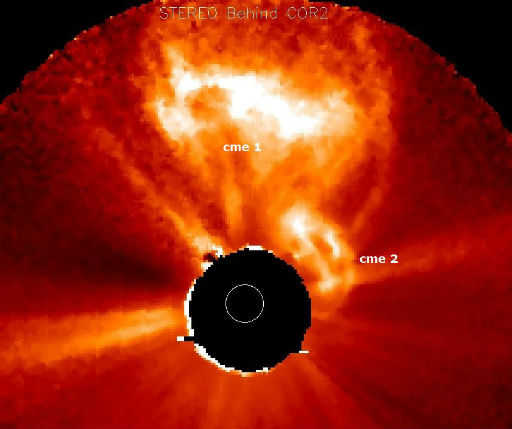 This erupting magnetic filaments launched a coronal mass ejection (CME) into space. The Solar and Heliospheric Observatory recorded the expanding cloud. The CME does not appear to be heading for Earth or any other planet. As per the latest WSA-Enlil Solar Wind Prediction, a glancing blow CME impact will be possible late on February 26th. Click HERE to watch the latest model run.

A pair of explosions can be viewed in the latest STEREO Behind COR2 images. The latest events were the result of a filament eruption. This first blast appears to be headed north and is not Earth directed. The second event may be Earth directed in which case a glancing blow CME impact will be possible late on February 26th. Isolated minor storm periods are possible.

Sunspots 1420 and 1422 are rotating towards the western limb. New sunspot 1423 was numbered on Thursday and a small new sunspot rotated into view off the eastern limb. (SolarHam) 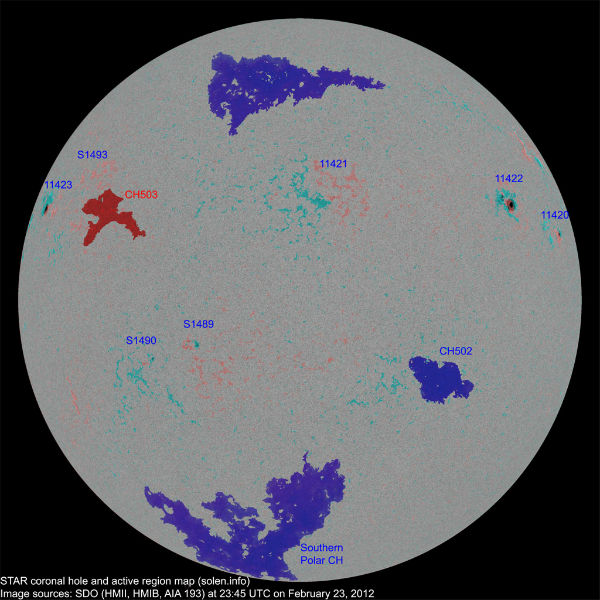 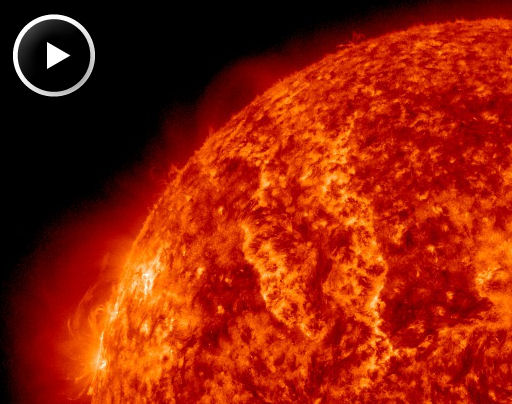 Solar activity was very low. An asymmetrical, halo CME was observed in SOHO/LASCO C2 imagery beginning at 24/0346Z. The associated event was a filament eruption centered near N32E38 which was observed in SDO/AIA 304 imagery beginning at 24/0225Z. New Region 1424 (N09E68) rotated on the East limb and was numbered. Solar activity is expected to be very low with a chance for C-class activity for the next three days (25 – 27 February).

The geomagnetic field was mostly quiet. Solar wind speeds at the ACE spacecraft ranged from approximately 400 – 460 km/s while the Bz component of the Interplanetary Magnetic Field did not vary much beyond +/- 5 nT. The geomagnetic field is expected to be mostly quiet on days 1 and 2 (25 – 26 February). A glancing blow from todays CME is expected to become geoeffective early on day 3 (27 February) causing unsettled to active periods with isolated minor storm periods possible.