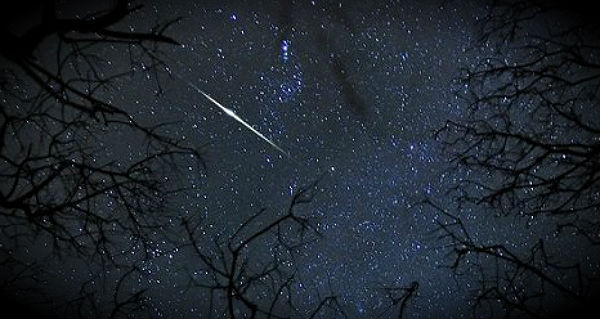 January brings us striking views of the night skies! You’ll be able to see well known constellations during the long hours of darkness in the Northern hemisphere, with crisp cold skies. This is an ideal time to get out and look at the wonders of the night sky as there is so much to see for the beginner and seasoned astronomer alike points UniverseToday.

This should be a fine year for one of the best, but least observed, annual meteor showers. The Quadrantids should be most active in the early morning hours of Wednesday the 4th. The Moon sets around 3 a.m. local time then, leaving the sky dark until the first light of dawn around 6. The Quadrantids can be quite an impressive shower with rates (ZHR) of up to 120 meteors per hour at the showers peak. Sometimes it can produce rates of up to 200 meteors per hour. Due to a waxing gibbous moon, the best time to look is after midnight and through the early hours when the moon sets in time for us to see the peak which is 07:20 UTC. 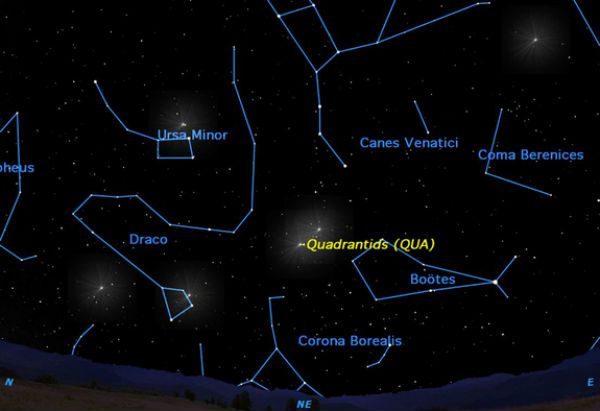 The radiant of the Quadrantids (where the meteors radiate from) is in the constellation of Boötes, however, many people are mislead in thinking they need to look at the radiant to see the meteors. The radiant of the shower is a few degrees northwest of Tau, Phi and Nu Herculis.  This is what used to be the constellation of Quadrans Muralis, hence the name Quadrantids. Meteors will come from the radiant, but will appear anywhere in the whole sky at random. You can trace the shooting stars path back to the radiant to confirm if it is a meteor from the meteor shower.

On Jan 4th Earth is at perihelion, its closest to the Sun for the year (just one part in 30 closer than at aphelion in July).

On Jan 9th, the Full Moon rises around sunset and sets around sunrise, the only night in the month when the Moon is in the sky all night long. The rest of the month, the Moon spends at least some time in the daytime sky. The Full Moon of January is usually called the Old Moon.

Venus will be shining brightly in the southwest until May and will pass within 1° of Neptune the furthest planet on the 12th and 13th of January. You can see this through binoculars or a small telescope. On the 26th Venus and the Moon can be seen together after sunset. Venus is a brilliant object in the evening sky after sunset all month. Mars brightens slightly to -0.5 during January and can be found in the tail of Leo; it can be easily spotted with the naked eye. The red Planet is close to the Moon on the night of the Jan 13/14th. It grows in size from 9 arc seconds to 12 arc seconds during the month, large enough to reveal its polar cap and dark surface markings in a 5-inch (125-mm) telescope. 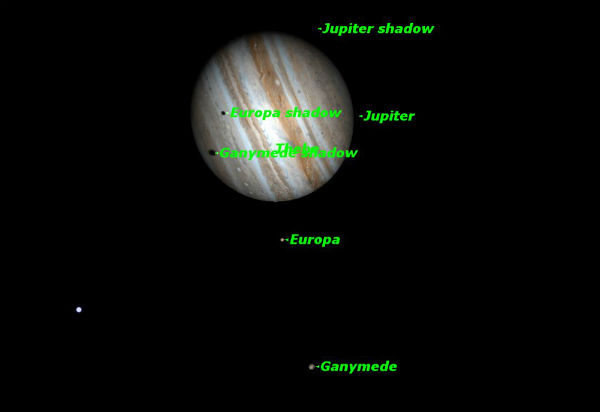 Jupiter will continue to be one of the brightest objects in the sky this month. On Jan 4th the shadows of Ganymede and Europa will follow each other across the face of Jupiter. The best views will be in western North America. Uranus is just barely visible to the naked eye in the constellation of Pisces and can be easily spotted in binoculars or small telescopes throughout the month. The Moon will pass very close to Uranus on the 27th and will be just 5.5° to the left of the planet.

In January the most dominant and one of the best known constellations  in the south of the sky is Orion the hunter. Orion acts as the centre piece of the surrounding winter constellations. Orion is viewed upside down in the Northern sky as seen from the Southern hemisphere. 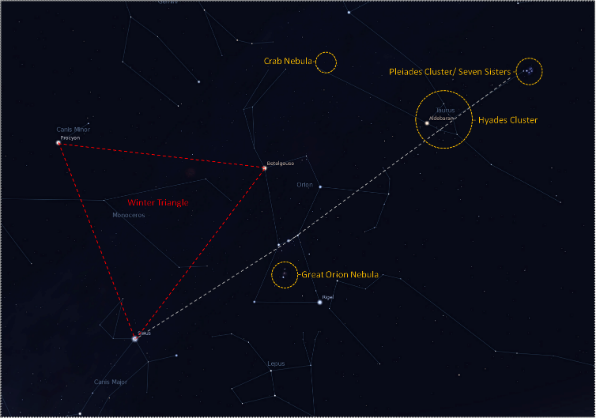 Orion contains some exciting objects and its most famous are the Great Nebula in Orion(M42), which makes up the sword and is easily seen in binoculars or a telescope and bright Betelgeuse, Orion’s bright alpha star (α Orionis). Betelgeuse is a red supergiant many times larger than our Sun; it would engulf everything in our solar system out to the orbit of Jupiter, if the two stars swapped places. Betelgeuse will eventually end its life in a Supernova explosion and some people believe that it may have already exploded and the light hasn’t reached us yet.

If you draw an imaginary line through the three belt stars of Orion and keep going up and to the right, you will come to a bright orange coloured star – Aldebaran (α Tauri) in the constellation of Taurus. Taurus depicts a head of a bull with Aldebaran as its eye with a V shape that creates long horns starting from what we call the Hyades cluster, a V shaped open cluster of stars. If you continue to draw a line through the belt stars of Orion, through Aldebaran and keep going, you will eventually get to one of the gems in Taurus – The Pleiades cluster or Seven Sisters (M45) a stunning cluster of blue and extremely luminous stars and from our vantage point on Earth, the most recognisable cluster with the naked eye. A great object to scan with binoculars. A great object to hunt for with a small telescope is the Crab Nebula (M1) near the end of the lower horn of Taurus. 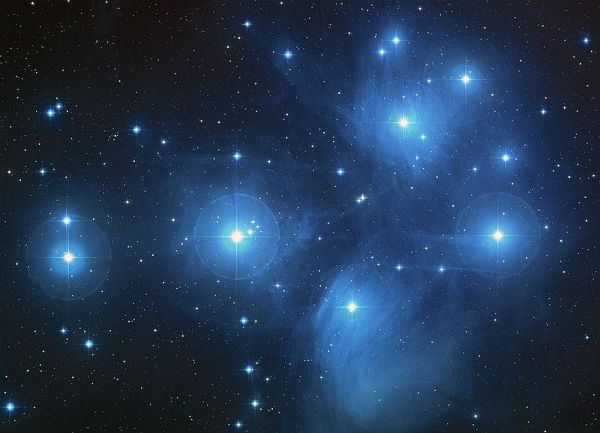 If you go back to left and below, you will come to the very bright star Sirius (α CMa) – The Dog Star in Canis Major. Sirius is the brightest star in the sky and is only 8.6 light years away, it is the closest star visible to the naked eye after the Sun. Sirius along with Betelgeuse and Procyon (α CMi) in Canis Minor, form an asterism known as the Winter Triangle.

Directly above Orion and the Winter Triangle are the constellations of Gemini (The Twins), with the two bright stars of Castor and Pollux marking their heads and Auriga the charioteer, with its bright alpha star Capella (α Aur). Auriga is host to M36, M37 and M38 which are globular clusters and easily seen through binoculars or small telescope and Gemini plays host to M35. (UniverseToday)