NASA’s twin spacecraft GRAIL successfully completed its entry to lunar orbit and is preparing to study the moon in unprecedented detail. It will allow scientists to understand what goes on below the lunar surface. In this particular case the name GRAIL stands for Gravity Recovery And Interior Laboratory. 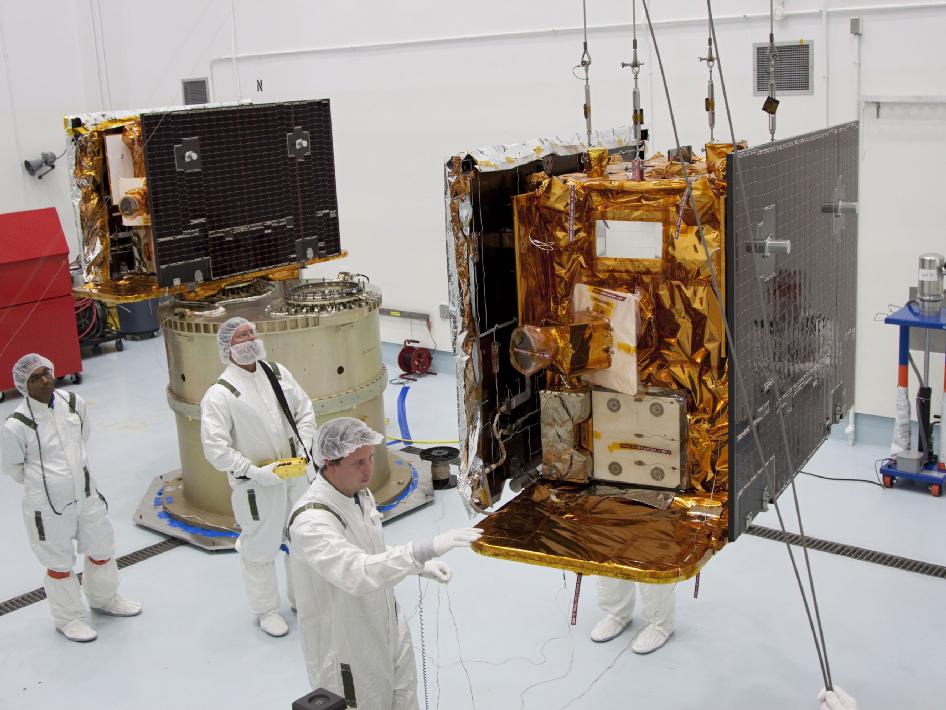 Scientists will translate this information into a high-resolution map of the moon’s gravitational field. The data will allow scientists to understand what goes on below the lunar surface. This information will increase knowledge of how Earth and its rocky neighbors in the inner solar system developed into the diverse worlds we see today.

“My resolution for the new year is to unlock lunar mysteries and understand how the moon, Earth and other rocky planets evolved,” said Maria Zuber, GRAIL principal investigator at the Massachusetts Institute of Technology in Cambridge.

Each spacecraft carries a small camera called GRAIL MoonKAM (Moon Knowledge Acquired by Middle school students) with the sole purpose of education and public outreach. The MoonKAM program is led by Sally Ride, America’s first woman in space, and her team at Sally Ride Science in collaboration with undergraduate students at the University of California in San Diego.

GRAIL MoonKAM will engage middle schools across the country in the GRAIL mission and lunar exploration. Thousands of fifth to eighth grade students will select target areas on the lunar surface and send requests to the GRAIL MoonKAM Mission Operations Center in San Diego. Photos of the target areas will be sent back by the GRAIL satellites for students to study.

A student contest that began in October 2011 also will choose new names for the spacecraft. The new names are scheduled to be announced in January 2012. Ride and Maria Zuber, the mission’s principal investigator at the Massachusetts Institute of Technology in Cambridge, chaired the final round of judging.

NASA’s Jet Propulsion Laboratory in Pasadena, Calif., manages the GRAIL mission for NASA’s Science Mission Directorate, Washington. The GRAIL mission is part of the Discovery Program managed at NASA’s Marshall Space Flight Center in Huntsville, Ala. Lockheed Martin Space Systems in Denver built the spacecraft. JPL is a division of the California Institute of Technology in Pasadena.