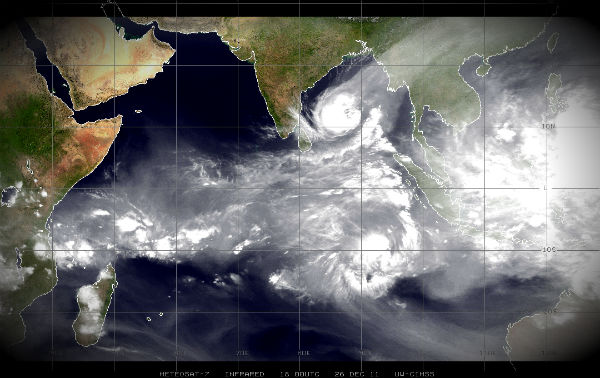 Southeastern India may suffer late-week flooding rain and damaging winds whipped up by a tropical cyclone off the Bay of Bengal currently named Tropical Cyclone 06B (Six). Landfall of the storm will be possible on Friday, even late on Thursday, near Chennai in the southeastern state of Tamil Nadu.

According to the Joint Typhoon Warning Center (JTWC) Tropical Cyclone Six is located 445nm East o Chennai, India and moving Northwestward toward India mainland. The system is turning Westward under the influence of deep-layered subtropical ridge, which is extending Westward to the North of the system in the wake of aforementioned mid-latitude trough. Maximum significant wave height is 14 feet. 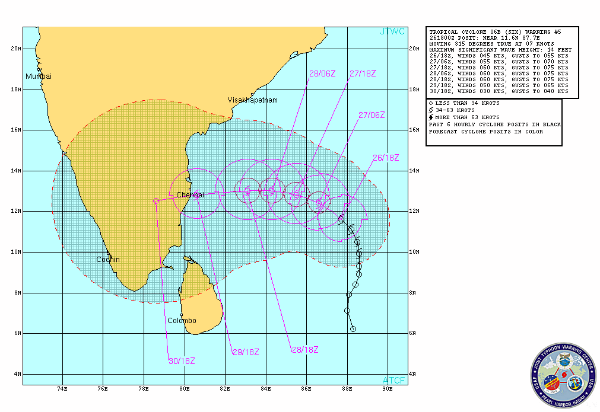 Tropical Cyclone Six was still a storm of moderate strength at the time, having highest sustained winds pegged by the JTWC at about 45 mph. Storm movement was towards the northwest at 13 mph. The JTWC forecast is for T.C. Six to intensify to a strong tropical storm by midweek followed by landfall near Chennai on Friday. Once inland, the cyclone would weaken quickly while tracking westward over southern India. 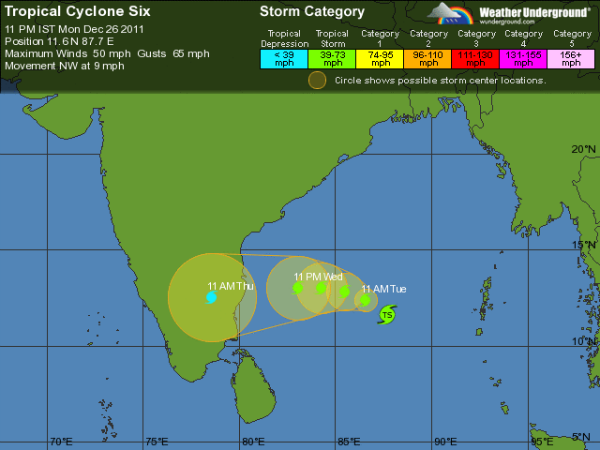 India Meteorological Department (IMD) reports the cyclonic storm over southeast Bay of Bengal remained practically stationary and lay centred at 0230 hrs IST of today, the 27th December 2011 near latitude 11.00N and longitude 87.5.0E, about 800 km east-southeast of Chennai (Tamilnadu), 700 km northeast of Trincomalee (Srilanka) and 550 km west-southwest of Port Blair (Andaman & Nicobar island). The system is likely to move northwestwards, intensify into a severe cyclonic storm during next 24 hrs. Then it is likely to move west-northwestwards and cross north Tamil Nadu and south Andhra Pradesh coast between Cuddalore and Nellore by morning of 30th December 2011. 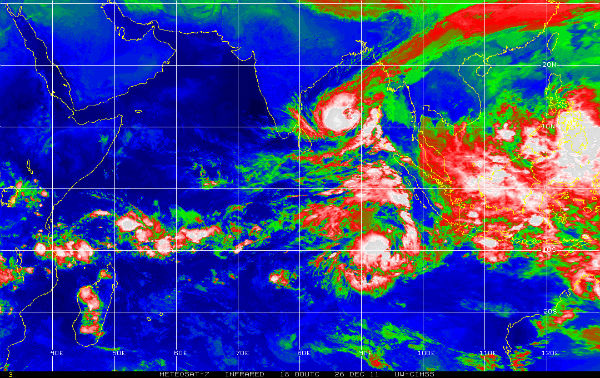 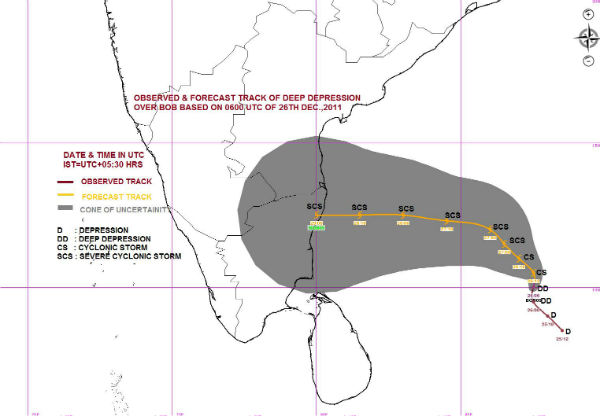 IMD forecast rough to very rough sea condition along and off Andaman & Nicobar Islands during next 24 hours and will be rough to very rough from along and off Tamil Nadu and Puducherry coast from 28th December night onwards. Fishermen along Andaman & Nicobar Islands are advised not to venture into sea during next 24 hours and fishermen along Tamil Nadu, Puducherry & south Andhra Pradesh coast coasts, who are out at sea are advised to return to the coast. 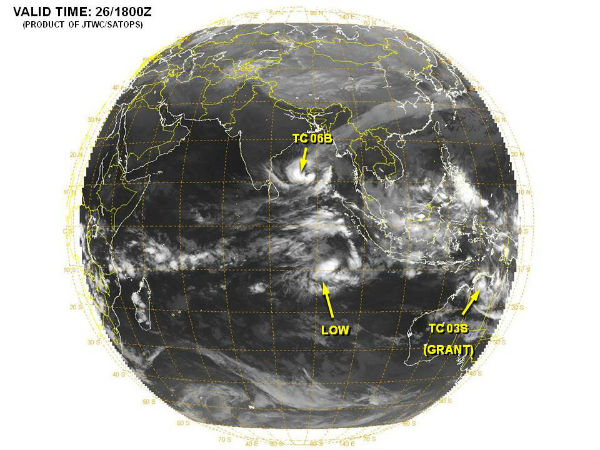 Storms making landfall in this area can cause destructive flooding and significant damage. They also pose a serious danger to small vessels such as fishing boats.

Meanwhile, it was a cold day for residents of New Delhi on Monday, with mercury staying five notches below average at 3.4 degrees Celsius. The maximum temperature was at 20.8 degrees, a notch below average for this time of the season. Humidity levels wavered between a high of 93 and a low of 31 percent. A dense morning fog disrupted train services.

According to IMD, the record for the lowest minimum temperature for the month of December is 1.1 degree Celsius, recorded on Dec 26, 1945.