The earthquakes are increasing gradually in number at El Hierro submarine volcano area. Since midnight IGN has listed 37 earthquakes. The strongest one was at 15:32 UTC a 3.7 earthquake was listed by IGN and felt by the Herreños. The  epicenter was close to the beach in the El Golfo bay. The hypocenter was at depth of 23 km. The most probable scenario is that the La Restinga vent will open again when the magma pressure builds. 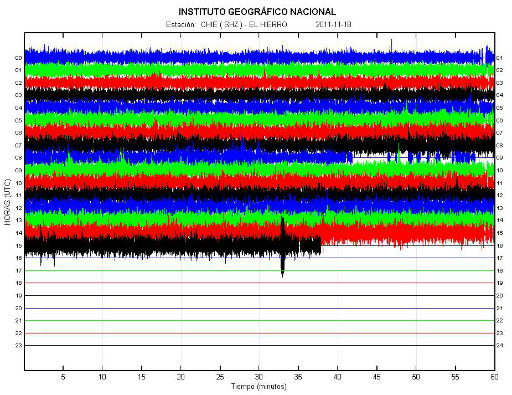 PEVOLCA, the committee of Emergency services, Scientists and Authorities has decided that the beaches from Puerto Naos until La Restinga will be closed to the public because of  an accumulation of toxic gases. La Restinga has no problem as it is more an open space according to the scientists. The 4 km radius in the Las Calmas see remains closed to navigation. Only the Guardia Civil and both Oceanographic ships are allowed in the eruption waters. 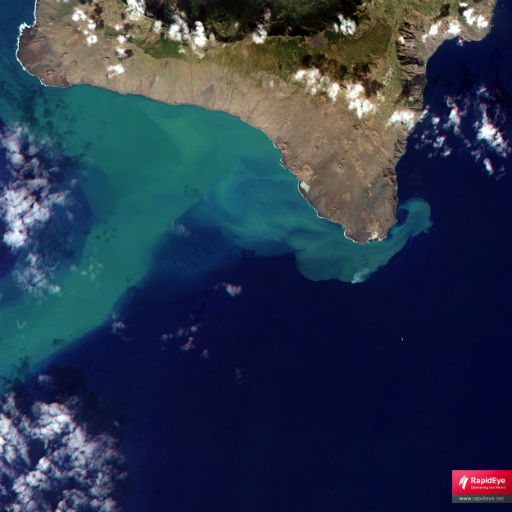 Pevolca, IGN or CSIC almost never gives information about actual size of jacuzzi (whirpool).  EarthquakeReport estimates the size of jacuzzi from the picture below dated pointing that Jacuzzi looks far bigger than was initially expected. They related the size of the helicopter overflying the stain. We assume that the picture has been taken on November 9. (EarthquakeReport) 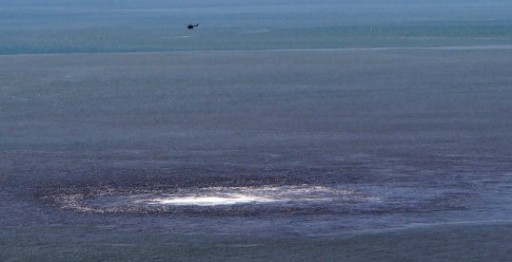 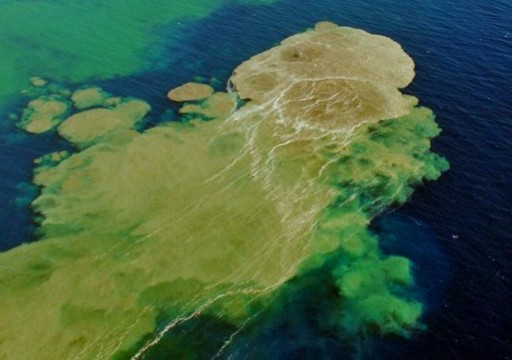