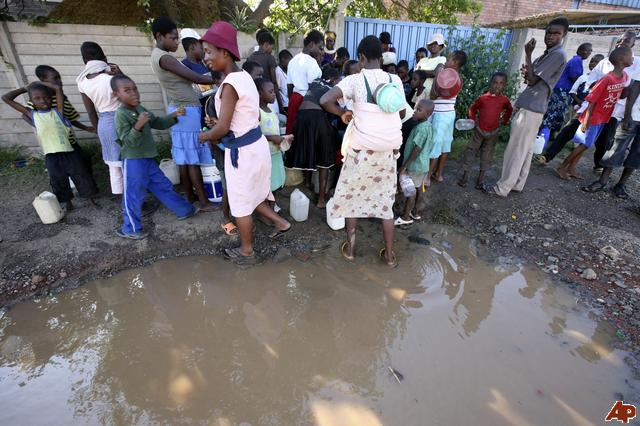 A shortage of clean water and adequate sanitation in one of the most populous townships in Harare, Zimbabwe’s capital, have caused typhoid outbreak. Experts warn it could herald the resurgence of cholera. Most of the typhoid infections have occurred in the highly populated township of Dzivarasekwa, where untreated sewage flows in the streets, creating ideal conditions for the disease to spread.

For now 36 people were being treated for typhoid at the Beatrice Infectious Diseases Hospital, just outside the capital, and more than 200 suspected cases have been reported. No deaths have so far been linked to the outbreak and health authorities have indicated that they have adequate medical supplies to treat those infected. Health Services for Harare Municipality is on “red alert” and may be forced to ban public gatherings and close schools in affected areas. Harare’s sewerage and water purification systems are outdated and subject to frequent breakdowns, often caused by the power cuts that plague the city. 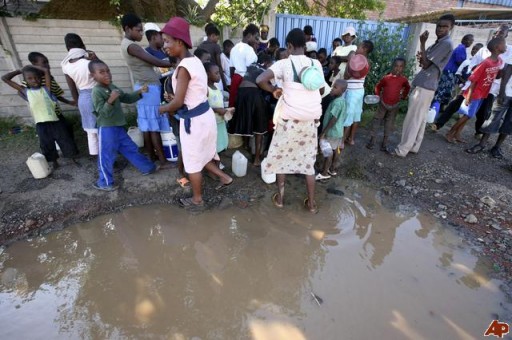 Typhoid and cholera are both bacterial diseases transmitted by consuming contaminated food or water, but cholera has a much shorter incubation period and is more deadly. Zimbabwe suffered a cholera epidemic that claimed over 4,000 lives and infected nearly 100,000 people between 2008 and 2009.

The onset of Zimbabwe’s rainy season last week coincided with a national power failure that disrupted water supplies and enhanced the conditions conducive to the spread of typhoid.  Intermittent water supplies caused by the city’s dilapidated water and sanitation infrastructure, and the inability of many poor families in Harare to pay their water bills, have caused a large number of households to resort to sinking shallow wells that are susceptible to being flooded with contaminated water. According to local health autorities, some of the wells in Dzivarasekwa have tested positive for typhoid.

The outbreak started just weeks after the city’s engineering director, Christopher Zvobgo, warned that the failure to supply adequate clean water to the capital and its environs could trigger a cholera outbreak similar in scale to that of 2008.  (IRIN)