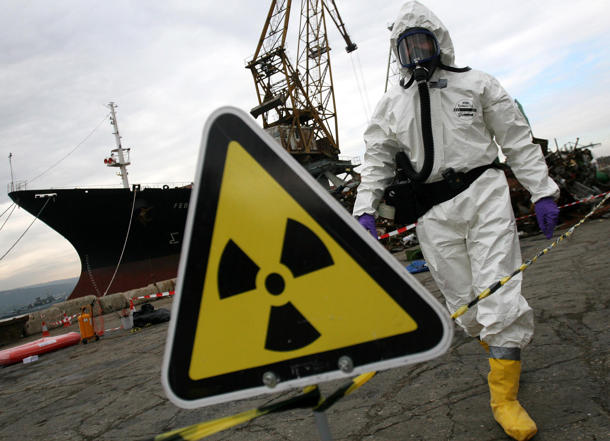 The concentrations of Iodine-131 are 2-120 Mikrobecquerel per cubic meter. For comparison, these values are by about a factor of 100 lower than the amounts that have occurred during the passage of slightly contaminated air from Fukushima in March of this year. A health hazard by the measured quantities is completely excluded. The results of dispersion calculations indicate that the source of the radioactive cloud is probably somewhere southeast of Europe. (LebensMinisterium)

IAEA points that the measured quantities are very small – a risk to health is not, therefore. According to the Austrian Ministry of Health, people are exposed during a transatlantic flight of a radioactive dose, which is 40,000 times as high as those now measured traces.

Hungary detected a very minimal increase in radioactive iodine 131 at two monitoring stations last week but the levels registered do not pose a public health risk, the head of the Hungarian Radiobiology Research Institute said on Friday. "A very minimal increase in activity was registered (in Hungary) on Nov. 5 … but this is far below the levels found after Fukushima," Dr Geza Safrany, director of the institute reported. He said the increase was registered at monitoring stations in the capital Budapest and the eastern town of Miskolc. "For the time being the source of the leakage cannot be determined. It certainly does not pose a health risk," he said. Safrany added that it was unlikely Hungary would be the source of the leakage as it was detected in several places in Europe. He said the institute would perform the next measurement over the weekend. (RSOE EDIS)

In Poland, a spokesman for the atomic energy agency told AFP that the cause may lie in Pakistan, where officials were forced to repair a leak at the nearly 40-year-old Karachi Nuclear Power Plant (KANUPP) on October 19. After the incident, an official from KANUPP had told AFP that no radioactivity had been recorded and none of their staff had been affected.

Eight cylinders containing 73.5 kilos of uranium ore were stolen from a radioactive materials storage depot in northern Romania, authorities said yesterday.  The commission for the control of nuclear activities (CNCAN) was informed on October 26 that eight 3.5-m long cylinders containing 73.5 kilos of uranium ore disappeared from the depot at Stei, CNCAN said in a press release. (RSOE EDIS)