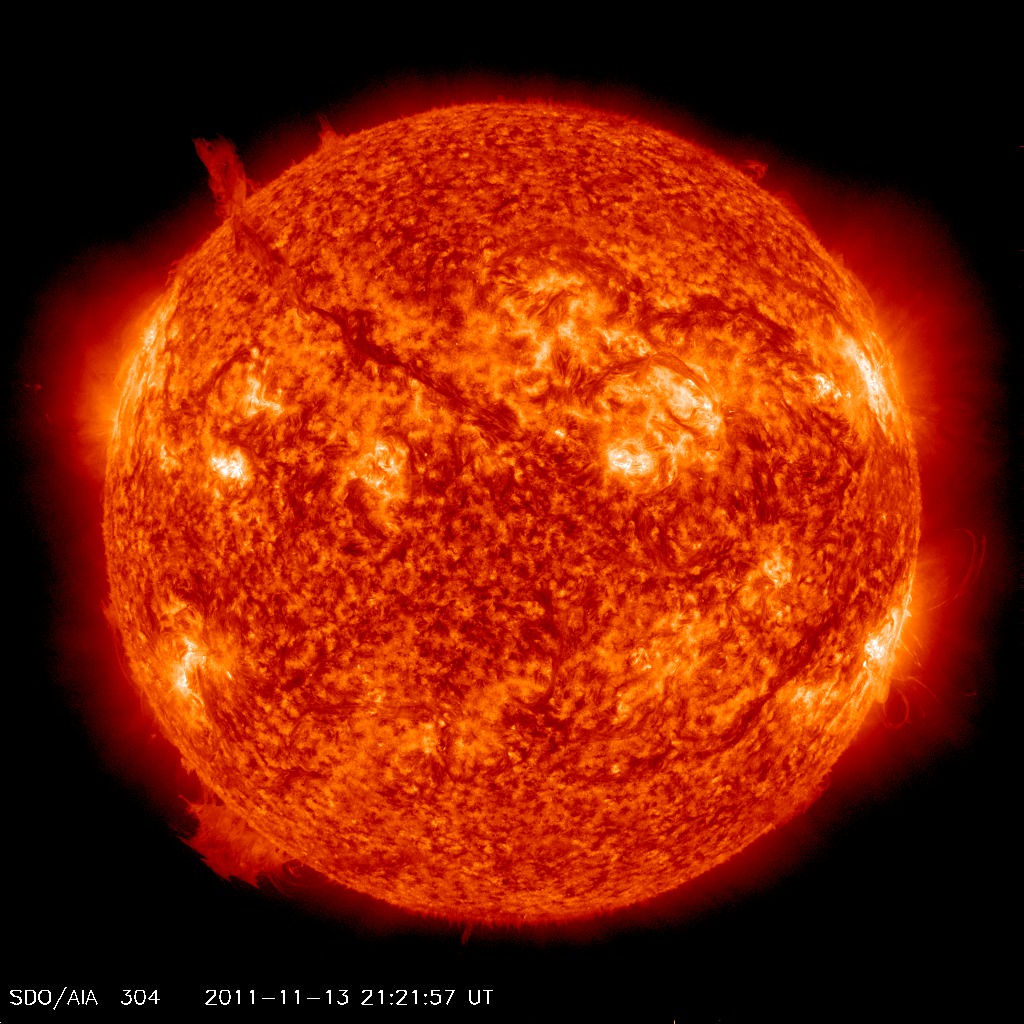 There haven’t been any strong solar flares in days. Nevertheless, some impressive activity is underway on the sun. For one thing, an enormous wall of plasma is towering over the sun’s southeastern horizon. Huge solar filament is the biggest in a longer time period. A significant coronal mass ejection (CME) blasted away from the sun’s eastern hemisphere on Nov. 12th. Analysts at the Goddard Space Weather Lab say the cloud will hit Mercury on Nov. 13th at 1800 UT (+/- 7 hr) followed by Venus about one day later. The innermost planets are about to experience space weather. (SpaceWeather) 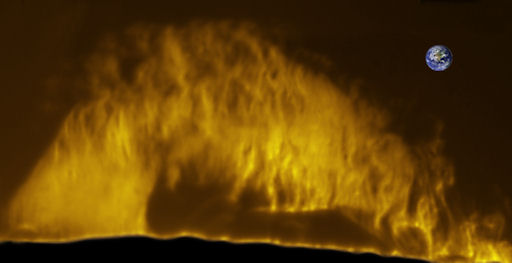 A dark filament of magnetism is snaking more than halfway around the entire sun. From end to end, it stretches more than a million km or about three times the distance between Earth and the Moon. If the filament becomes unstable, as solar filaments are prone to do, it could collapse and hit the stellar surface below. These filaments are invariably associated with the sudden disappearance of a large (thick, long, ‘bushy’) dark solar filament, and are termed Hyder flares. No one can say if the eruption of such a sprawling structure would be Earth directed. 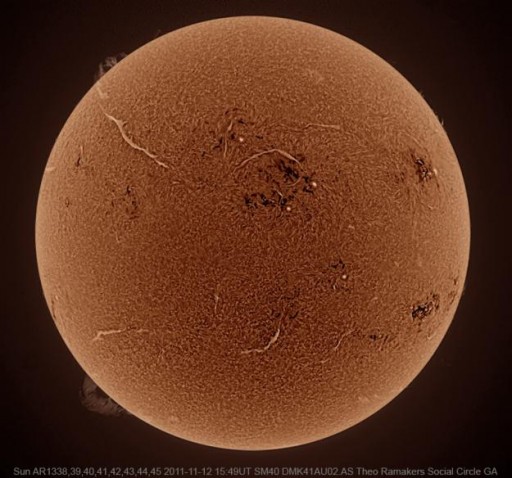 A massive solar filament filled with plasma continues to hover above the visible solar disk in the northeast quadrant on Sunday. This monster has been visible in images for over a week, but has now rotated into a more geoeffective position. Sometimes filaments can break apart and cause bright Coronal Mass Ejections (CMEs). These eruptions are also known as a disappearing or exploding filaments. (SolarHam) 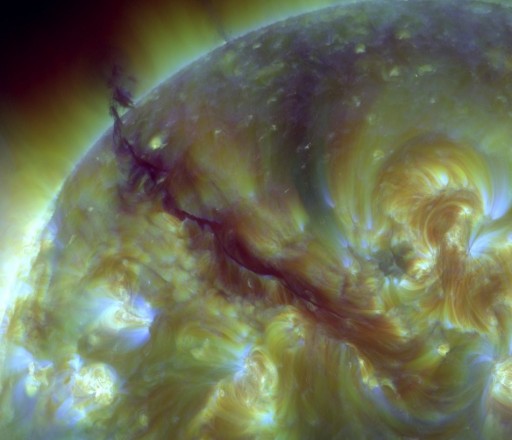 The geomagnetic field was quiet on November 12. Solar wind speed ranged between 346 and 461 km/s. A weak solar wind shock was observed at 05:09 UTC at SOHO, the arrival of the CME observed on November 9. Solar flux measured at 20h UTC on 2.8 GHz was 168.8 (increasing 17.8 over the last solar rotation). No obvious coronal holes are near Earth facing positions.