Feeding the world: Solutions for a Cultivated Planet

One billion people on Earth don't have enough food right now. It's estimated that by 2050 there will be more than nine billion people living on the planet. Meanwhile, current agricultural practices are amongst the biggest threats to the global environment. This means that if we don't develop more sustainable practices, the planet will become even less able to feed its growing population than it is today. 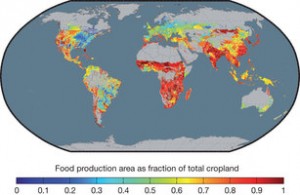 But now a team of researchers from Canada, the U.S., Sweden and Germany has come up with a plan to double the world's food production while reducing the environmental impacts of agriculture. By combining information gathered from crop records and satellite images from around the world, they have been able to create new models of agricultural systems and their environmental impacts that are truly global in scope.

McGill geography professor Navin Ramankutty, one of the team leaders on the study, credits the collaboration between researchers for achieving such important results. Lots of other scholars and thinkers have proposed solutions to global food and environmental problems.

But they were often fragmented, only looking at one aspect of the problem at one time. And they often lacked the specifics and numbers to back them up.

"This is the first time that such a wide range of data has been brought together under one common framework, and it has allowed us to see some clear patterns. This makes it easier to develop some concrete solutions for the problems facing us."

A five-point plan for feeding the world while protecting the planet. The researchers recommend:

1.Halting farmland expansion and land clearing for agricultural purposes, particularly in the tropical rainforest. This can be achieved using incentives such as payment for ecosystem services, certification and ecotourism. This change will yield huge environmental benefits without dramatically cutting into agricultural production or economic well-being.

2.Improving agricultural yields. Many farming regions in Africa, Latin America and Eastern Europe are not living up to their potential for producing crops - something known as "yield gaps". Improved use of existing crop varieties, better management and improved genetics could increase current food production nearly by 60 per cent.

3.Supplementing the land more strategically. Current use of water, nutrients and agricultural chemicals suffers from what the research team calls "Goldilocks' Problem": too much in some places, too little in others, rarely just right. Strategic reallocation could substantially boost the benefit we get from precious inputs.

4.Shifting diets. Growing animal feed or biofuels on prime croplands, no matter how efficiently, is a drain on human food supply. Dedicating croplands to direct human food production could boost calories produced per person by nearly 50 per cent. Even shifting nonfood uses such as animal feed or biofuel production away from prime cropland could make a big difference.

5.Reducing waste. One-third of the food produced by farms ends up discarded, spoiled or eaten by pests. Eliminating waste in the path that food takes from farm to mouth could boost food available for consumption another 50 per cent.

The study also outlines approaches to the problem that would help policy-makers reach informed decisions about the agricultural choices facing them. The research was funded by NSERC, NASA, NSF. (TerraDaily)

The study Solutions for a Cultivated Planet was published in Nature. 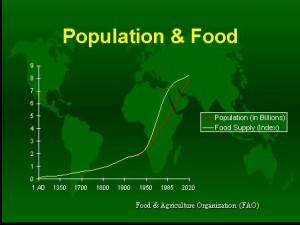