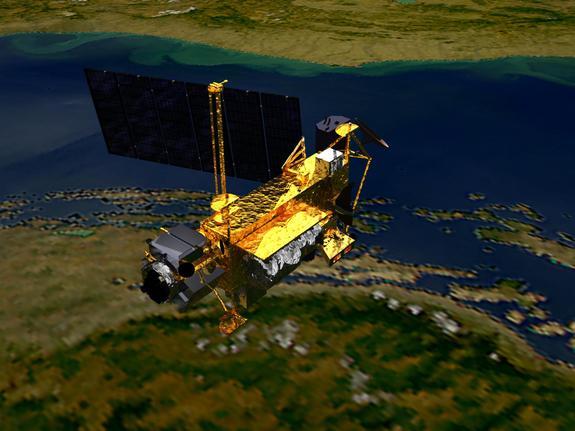 NASA space junk experts have refined the forecast for the anticipated death plunge of a giant satellite, with the U.S. space agency now predicting the 6 1/2-ton climate probe will plummet to Earth around Sept. 23, a day earlier than previously reported.

That window, NASA now says, has been trimmed to just three days.

“Re-entry is expected Sept. 23, plus or minus a day. The re-entry of UARS is advancing because of a sharp increase in solar activity since the beginning of this week,” NASA officials wrote in a status update today (Sept. 16). The projection is a day earlier than a previous forecast released by NASA yesterday.

NASA spokeswoman Beth Dickey confirmed with SPACE.com  that the reason UARS is expected to fall early in its re-entry window is because of the sharp uptick in solar activity. Solar effects from the sun can create an extra drag on satellites in space because they can heat the Earth’s atmosphere, causing it to expand, agency officials have said.

But exactly where the UARS spacecraft will fall is still unknown. Re-Entry and Risk Assessment (498 KB PDF)

NASA expects at least 26 large pieces of the massive satellite to survive the scorching temperatures of re-entry and reach Earth’s surface. Titanium pieces and onboard tanks could be among that debris, but the UARS satellite carries no toxic propellant (NASA used up all the fuel in 2005).

The debris is expected to fall over a swath of Earth about 500 miles (804 kilometers) long, NASA officials said. There is a 1-in-3,200 chance of satellite debris hitting a person on the ground, odds that NASA says are extremely remote. Outside experts agree.

“Look at how much of Earth is covered with water,” Victoria Samson, the Washington Office Director of the Secure World Foundation, “There’s a really good chance it’s going to go straight into the ocean.“ 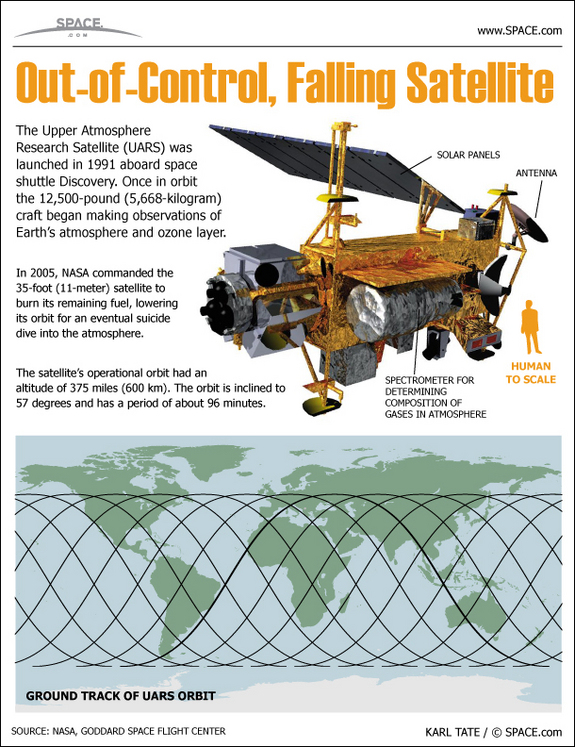 NASA officials expect the UARS satellite to fall over a region somewhere between the latitudes of northern Canada and southern South America, which leaves a vast swath of the world open as a possible re-entry point. About 75 percent of the Earth’s surface is covered in water, which makes an ocean splashdown likely, NASA and experts have said.

NASA and the Joint Space Operations Center of U.S. Strategic Command at Vandenberg Air Force Base, Calif., are keeping a close watch on the falling satellite, but will only be able to pinpoint its actual crash zone to within about 6,000 miles (10,000 km) about two hours before re-entry.

As of Thursday, the UARS satellite was flying in an orbit of between 143 and 158 miles (230 to 255 km) above Earth. That orbit is dropping lower each day, NASA officials said. 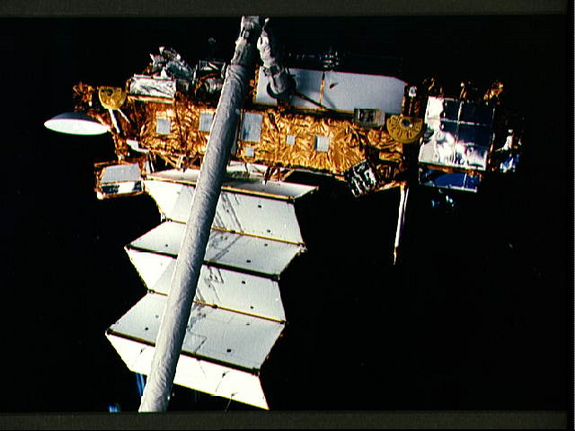 NASA has advised the public not to touch any debris that may reach the surface, should it be discovered. Instead, the space agency says that anyone who finds satellite debris should contact their local law enforcement agency.

The $750 million UARS mission was designed to measure ozone and other chemical compounds found in Earth’s ozone layer in order to better understand how the upper atmosphere affects our planet. It also recorded wind speeds and temperatures in the stratosphere, as well as the energy Earth received from the sun. (Space.com)