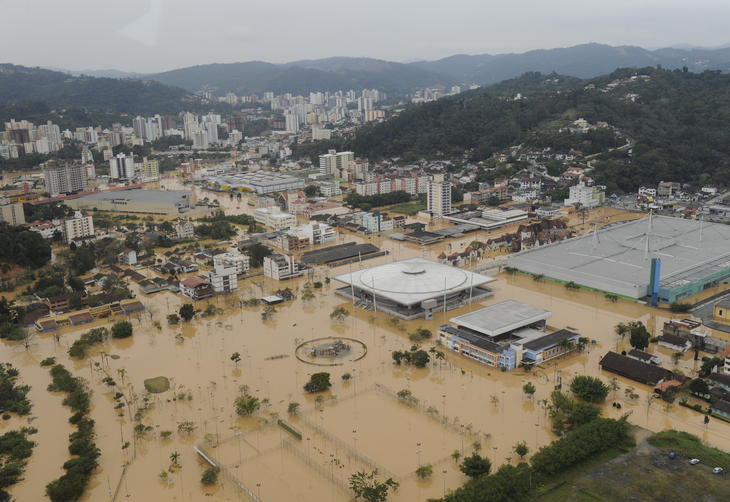 Three days of continuous downpours have had a severe impact in southern Santa Catarina state in southern Brazil, with authorities declaring 32 cities in a state of emergency, and two — Brusque and Rio do Sul in a state of public calamity. Torrential rains that caused record flooding forced more than 63,000 residents to evacuate their homes, officials said Friday. Some towns were almost entirely under water as the Itajai-Acu river rose to record levels.

The Civil Defense agency said the flooding had affected nearly 790,000 people in 60 municipalities, and warned of a risk of landslides after rains left the ground waterlogged. 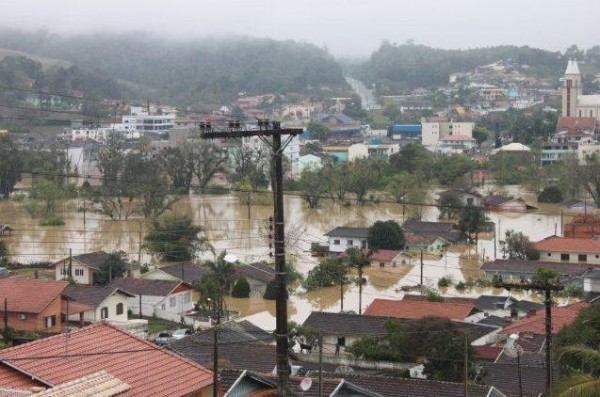 Due to the emergency classes were suspended in the cities of Blumenau, Gaspar, Itajai and Rio do Sul. Some of the schools were turned into temporary shelters.

The water levels were in marked contrast to the severe drought and forest fires in central-west regions of the South American country. Much of Brasilia was experiencing heavy smoke levels due to wildfires sparked by high temperatures and unusually long spells without rain — at this point around three months around the federal capital.

“We have not had such a low level of humidity (in Brasilia) since 1960,” a regional Civil Defense official.

Over the past 24 hours alone there have been 50 fires. Smoke was so heavy over parts of the capital that some schools were forced to close early. (TerraDaily) 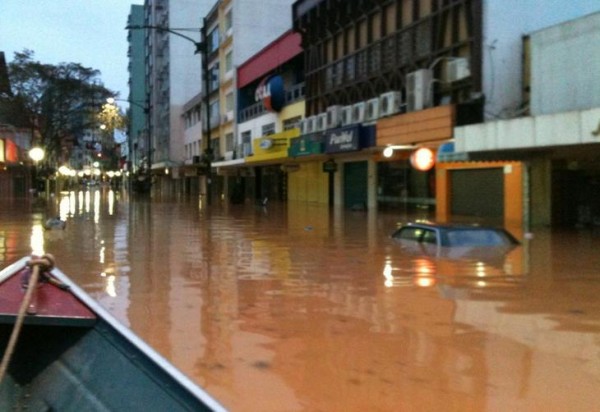 According to CIRAM (the Information Centre for Environmental Resources and Hydrometeorology in Santa Catarina), an average of more than 100mm of rain has fallen across the region in the last three days, causing rivers to rise dangerously and provoking landslides in several locations. At the time of writing, civil defense forces in Santa Catarina had declared that 489,703 people had been affected by the crisis, at least 1,314 had been left without a roof over their heads, and three people had been injured. The state government has made R$3 million available to attend to situation as it unfolds over the coming days. This comes just nine months after intense tropical rainstorms swept across southeastern Brazil, devastating Região Serrana, the scenic, mountainous region of the Rio state that includes the major cities of Petrópolis, Teresópolis and Nova Friburgo. (RioTimesOnline) 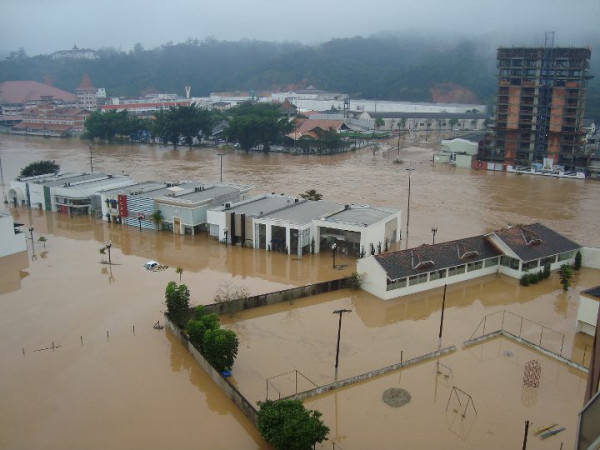