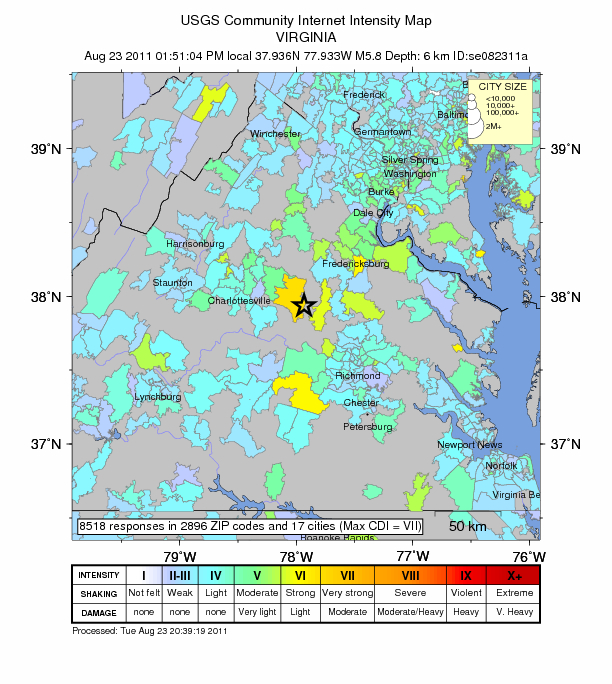 Mineral is town 83 miles from D.C. and has been known for its seismic activity, but seldom produces a substantial earthquake. Most of downtown D.C. was evacuated, including the U.S. Capitol, the Pentagon and other office buildings. Marine helicopters were seen hovering above the D.C, and there were reports that the Washington Monument may be tilting. The Federal Emergency Management Agency (FEMA) said in a statement that it is monitoring the situation and in “close contact” with federal and state partners. (FOXNews)

Generally we can state that the situation is quiet chaotic over the many states that have felt the earthquake. Most of the states outside the greater epicenter area have only experienced a weak shaking, nothing really dangerous, but we agree very frightening.  Luckily there is only a 2.8 aftershock so far. (EarthquakeReport) 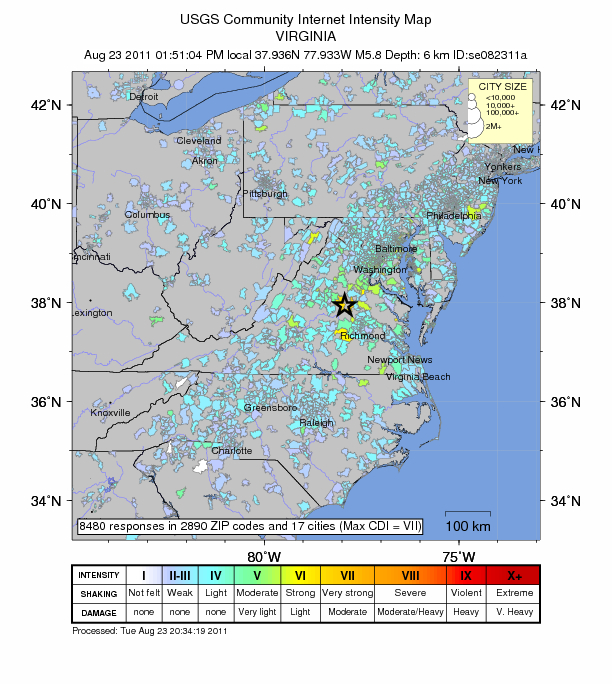 Since at least 1774, people in central Virginia have felt small earthquakes and suffered damage from infrequent larger ones. The largest damaging earthquake (magnitude 4.8) in the seismic zone occurred in 1875. Smaller earthquakes that cause little or no damage are felt each year or two. 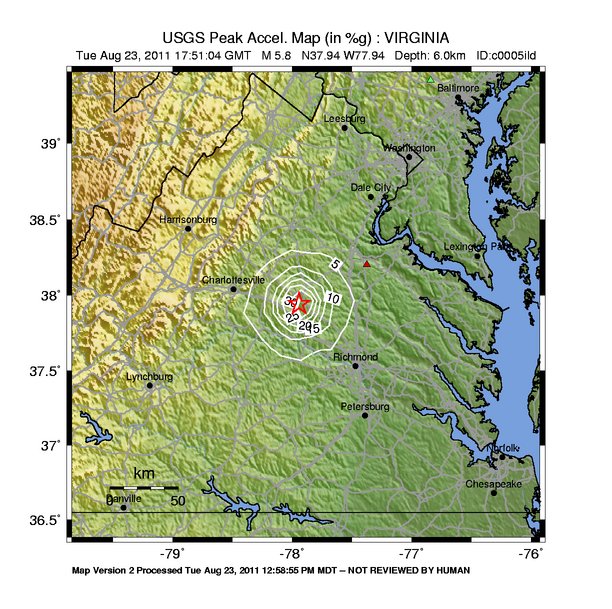 Hundreds of thousands of people evacuated buildings across the East Coast on Tuesday after a moderate earthquake in Virginia that was also felt as far south as Charleston, S.C. No tsunami warning was issued, but air and train traffic was disrupted across the Northeast and mid-Atlantic.

In the Washington, D.C., area, parts of the Pentagon, White House and Capitol were among the areas evacuated. All memorials and monuments on the National Mall were evacuated and closed. At the Pentagon, a low rumbling built and built to the point that the building shook. People ran into the corridors of the government’s biggest building and as the shaking continued there were shouts of “Evacuate! Evacuate!” The quake even broke a water main inside the Pentagon, flooding parts of two floors, NBC reported. Initial damage reports from Washington included Ecuador’s embassy and the central tower at the National Cathedral. Three pinnacles on the 30-story-tall tower broke off. 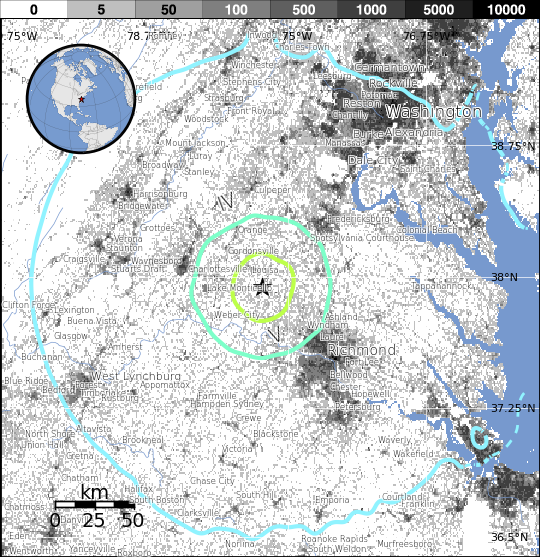 Two nuclear reactors near the epicenter were taken offline as a precaution, officials said. No damage was reported at either.

At the U.S. Capitol, light fixtures swung and the building shook for about 15 seconds while the tremor hit. At Reagan National Airport outside Washington, ceiling tiles fell during a few seconds of shaking. All flights were put on hold and one terminal was evacuated due to a gas smell. Airport towers and government buildings in New York, including City Hall, were evacuated. The 26-story federal courthouse in lower Manhattan began swaying and hundreds of people were seen leaving the building. Flights from the New York area’s John F. Kennedy and Newark airports were delayed while authorities inspected control towers and runways. Philadelphia’s airport also halted flights for inspections. (MSNBC)

Minute by minute: How the quake unfolded 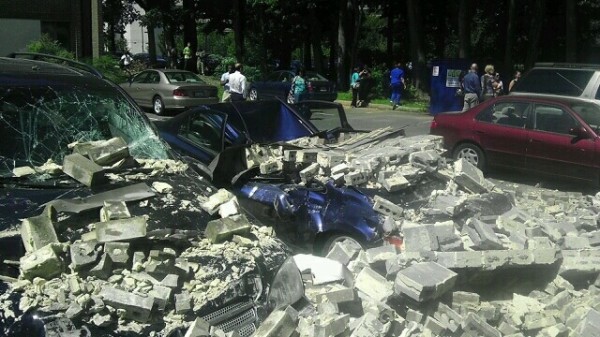 The two nuclear reactors at the North Anna plant in Louisa County were taken off-line automatically. Nuclear Regulatory Commission spokesman David McIntyre said the agency was monitoring the situation. He said it was not clear whether either plant had been damaged.

The plant, operated by Virginia Dominion Power, lost offsite power and was using backup generators to keep spent fuel cool, the NRC said. Nine other plants in four states have also declared “an unusual event,” the lowest level of concern, but had not shut down, it added. (CNN) 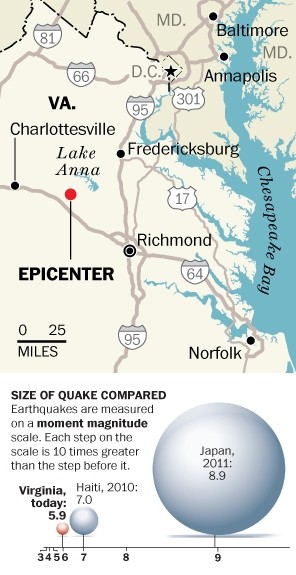