Every time you look, sunspot 1271 has a new outline. For the past two days the active region has been in a constant state of change, altering its shape on an hourly basis. Click on the image for 48 hours of shape-shifting: 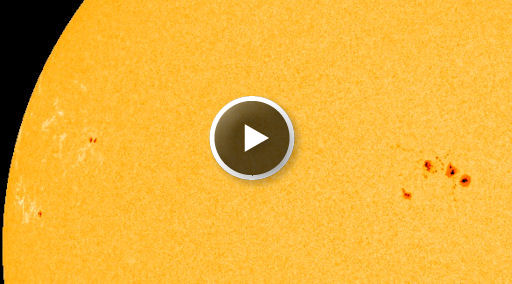 These rapid changes have caused the sunspot's magnetic field to criss-cross and tangle. The magnetic field now has a "beta-gamma" configuration that harbors energy for M-class solar flares. Any such flares today would be approximately Earth-directed because the sunspot is not far from disk-center. 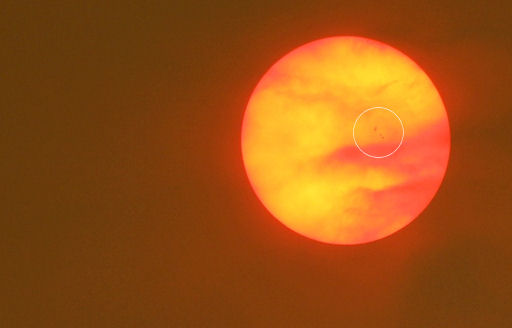 Earth is entering a minor solar wind stream that could stir up geomagnetic activity around the Arctic Circle. Sky watchers at high latitudes should be alert for auroras. (SpaceWeather) 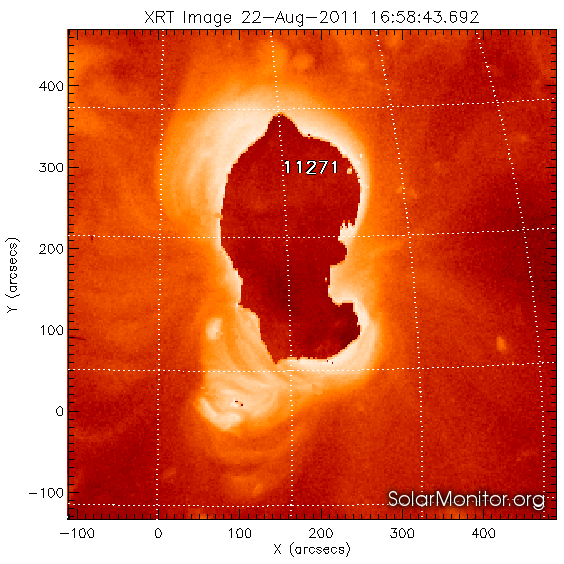 Sunspot 1271 expands in size over the weekend. Sunspot 1272 in the southern hemisphere is stable and no longer appears to be growing. Solar activity has been very low however with only C-Class activity taking on Monday. This could change with the expansion of Sunspot 1271. (SolarHam)