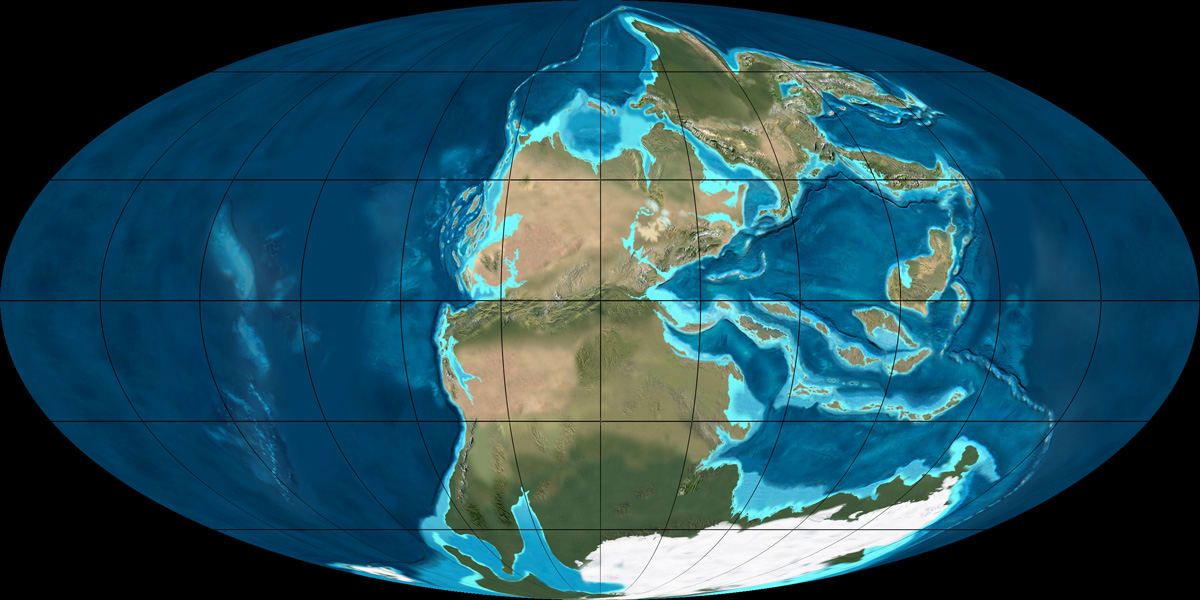 An international team of scientists found that the combination of lead isotopes in rocks peeking out of the Antarctic ice is the same as in rocks from a rift that cuts across the United States. Remote Antarctic rocks hold strong new evidence that parts of Antarctica and North America were connected more than a billion years ago, researchers say. The suspected link between the two widely separated continents helps paint a picture of what the planet was like when complex multicellular life was emerging.

“I can go to the Franklin Mountains in West Texas and stand next to what was once part of Coats Land in Antarctica. That’s so amazing,”  Staci Loewy, a geochemist at California State University, Bakersfield, who has studied the rift, said.

Geologists have known for decades that Earth’s continents move around as part of the tectonic plates that join together like puzzle pieces to make up the planet’s crust. Comparing features on one continent, such as mountain ranges, coastlines and fossils, to those on another can show they were once attached.

At various times in Earth’s history, the continents have been stuck together in huge lumps of land called supercontinents.

The supercontinent Pangaea formed about 250 million years ago, but scientists think ancestral North America and East Antarctica were joined in a much earlier supercontinent called Rodinia. The new find supports that idea.

The North American Mid-Continent Rift System extends from the Great Lakes to Texas. The rift, which is 1.1 billion years old, apparently represents a failed tectonic attempt to split the ancestral North American continent of Laurentia.

Past research of the rift found that volcanic rocks of the Upper Peninsula of Michigan are the same age as rocks barely peeking through the ice in Coats Land, a remote part of Antarctica south of the Atlantic Ocean basin. Moreover, they have similar chemical and geologic properties. 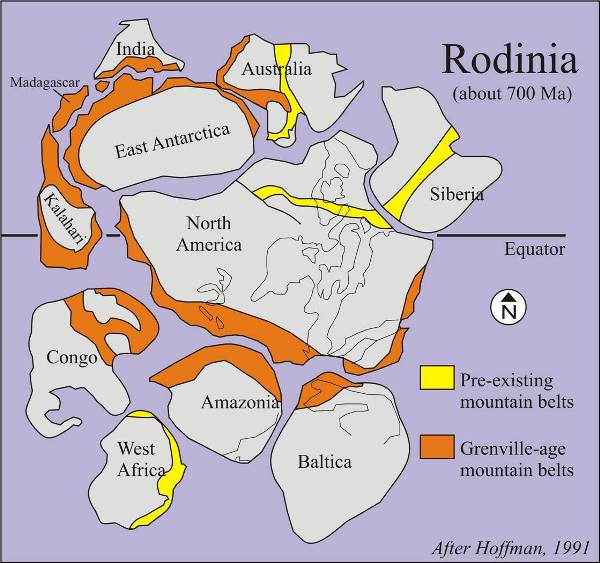 The new findings help suggest the Coats Land block was linked with the part of Laurentia near West Texas 1.1 billion years ago. About 100 million years later, this block apparently crashed into the ancient southern African continent of Kalahari along Antarctica’s Maud mountain belt, which represents a continuation of the Grenville mountain belt of eastern and southern North America.

At about the time Antarctica was linked with North America and colliding with Kalahari, Earth was experiencing a number of other monumental changes. The Pacific Ocean basin was just about to open, the planet may have been covered with glaciers ― a time now referred to as “Snowball Earth” ― and complex multicellular life was appearing for the first time. (OurAmazingPlanet)

“The scientists detailed their findings online Aug. 5 in the journal Geology.