This morning at 08:05 UTC, sunspot 1263 produced an X6.9 solar flare, the third X-flare of new Solar Cycle 24 and the most powerful so far. NASA's Solar Dynamics Observatory captured the explosion's extreme ultraviolet flash: 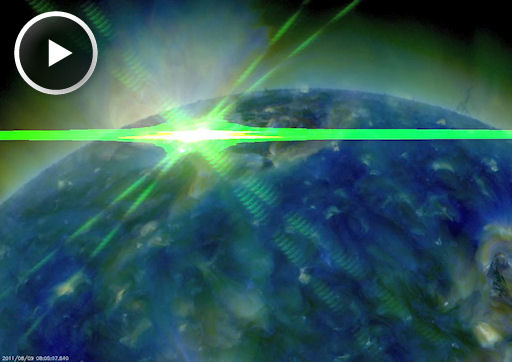 The brunt of the explosion was not Earth directed. Nevertheless, a minor proton storm is in progress around our planet, which could affect satellites in high-altitude orbits. Also, radiation from flare created waves of ionization in Earth's upper atmosphere, briefly disrupting communications at some VLF and HF radio frequencies.

SOHO coronagraphs show a CME emerging from the blast site. The cloud will probably miss Earth. At this time, however, we cannot rule out a glancing blow from the flank of the CME on or about August 11th. Stay tuned for updates. (SpaceWeather)

This flare had a GOES X-ray magnitude of X6.9, meaning it was more than 3 times larger than the previous largest flare of this solar cycle – the X2.2 that occurred on February 15, 2011. (SDO)

A quick rise in the protons at GOES reached S1 (Minor) levels soon after the eruption. Given the location of the activity, any CMEs would likely be directed away from Earth so no significant Geomagnetic Storm activity is forecast. (SWPC) 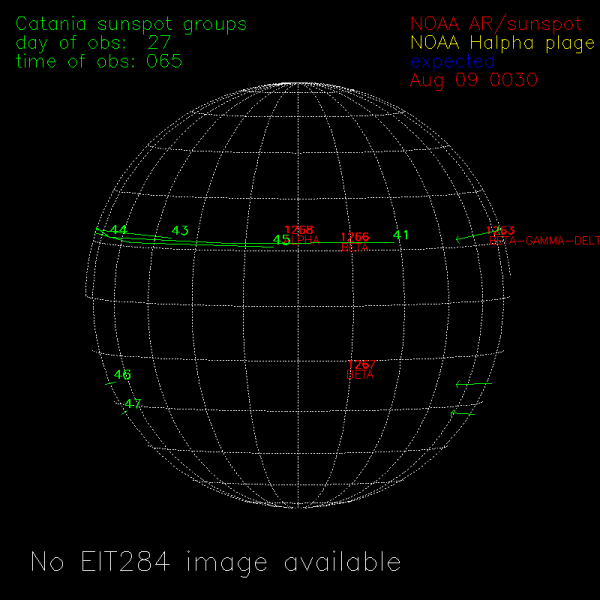 The biggest X-class flares are by far the largest explosions in the solar system and are awesome to watch. Loops tens of times the size of Earth leap up off the sun's surface when the sun's magnetic fields cross over each other and reconnect. In the biggest events, this reconnection process can produce as much energy as a billion hydrogen bombs.

If they're directed at Earth, such flares and associated CMEs can create long lasting radiation storms that can harm satellites, communications systems, and even ground-based technologies and power grids. X-class flares on December 5 and December 6, 2006, for example, triggered a CME that interfered with GPS signals being sent to ground-based receivers. (NASA)