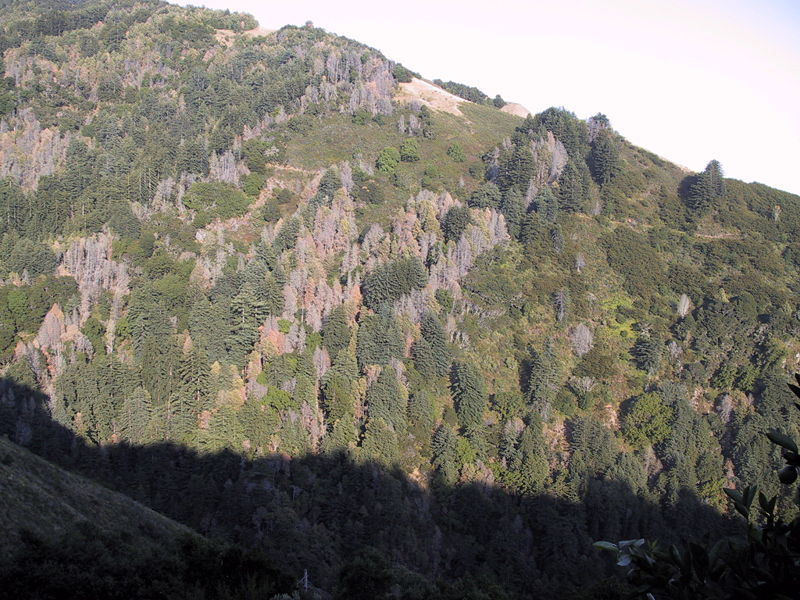 Sudden oak death disease kills oak and tan oak trees. The disease is present in coastal areas of California and in southern Oregon. It is also present in commercial nurseries in Europe, the west coast of the U.S. and Canada, according to an article by the International Society of Arboriculture.

The disease kills the oak trees by causing the formation of cankers on the tree trunks that starve the trees of water and nutrients. Other tree symptoms are leaf spots, needle and tip blight and shoot-tip dieback. These symptoms can be caused by other plant pathogens and the only way to confirm sudden oak death is through laboratory testing. 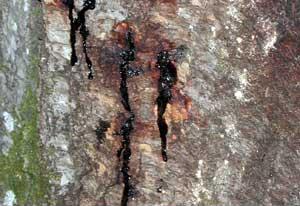 The pathogen thrives in cool, wet climates, according to Suddenoakdeath.org. This makes California’s coastal areas the ideal habitat.

In 2008, researchers from the University of Berkeley began an experiment by treating 300 uninfected oak trees in a forest in San Mateo County, California, with a commercial fungicide called Agri-Fos. The fungicide was injected into the trees where it works to boost the trees’ immunity to the disease. Three-hundred other trees nearby were left untreated. A check of the area this year showed traces of the pathogen in the forest. Researchers expect to determine in the next year or two whether or not the fungicide was effective in preventing the disease in the treated oaks.

While the fungicide has been shown effective in preventing the disease in residential oak trees, the treatment is expensive. At a cost of between $30 to $100 per tree, a large-scale treatment of wild oak trees is not practical due to the huge cost. There is hope that if the treatment works, treated oak trees could be used as a buffer zone between infected trees and healthy trees.

If the disease is allowed to continue unchecked, 90 percent of California’s tan oaks and coastal oaks could be killed in the next 25 years. In the meantime, restrictions on the sale of nursery plants is currently in use to prevent the spread of the pathogen.

All 14 counties of California that have tested positive for the disease are quarantined and cannot export either wild or nursery plants. All of the remaining counties are regulated only for the sale of nursery plants that are known to carry the pathogen. 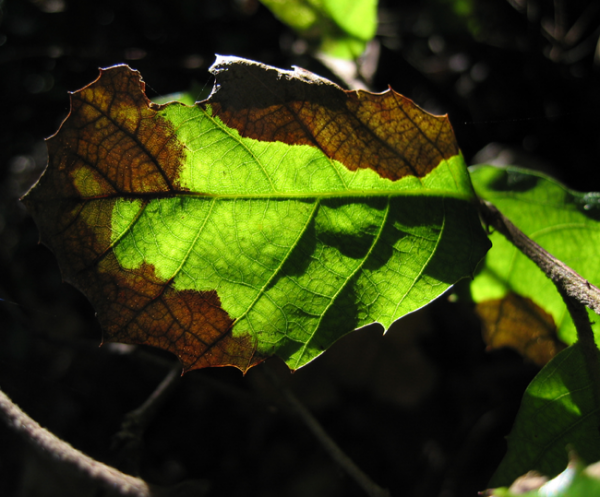 Sudden Oak Death is the common name of a disease caused by the oomycete plant pathogen Phytophthora ramorum. The disease kills oak and other species of tree and has had devastating effects on the oak populations in California and Oregon as well as also being present in Europe. Symptoms include bleeding cankers on the tree’s trunk and dieback of the foliage, in many cases eventually leading to the death of the tree.

P. ramorum also infects a great number of other plant species, significantly rhododendrons, causing a non-fatal foliage disease known as ramorum dieback. Such plants can act as a source of the inoculum for the disease, with the pathogen producing spores that can be transmitted by wind and rainwater.

P. ramorum was first reported in 1995, and the origins of the pathogen are still unclear but most evidence suggests it was introduced as an exotic species. Very few control mechanisms exist for the disease, and they rely upon early detection and proper disposal of infected plant material.

P. ramorum is a relatively new disease, and there have been several debates about where it may have originated or how it evolved. (Wikipedia)