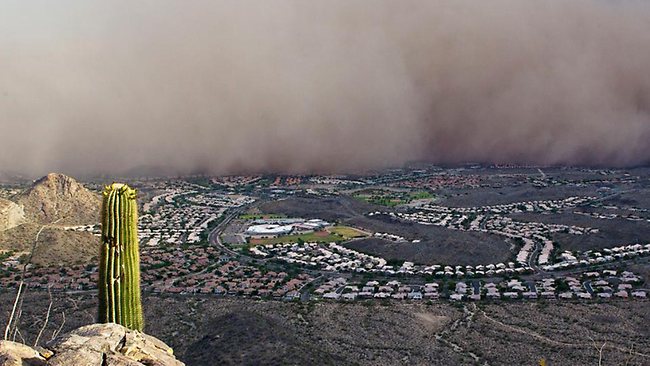 A wall of dust and debris advanced through Arizona last week, inundating the city of Phoenix. During the dust storm, which hit the city on 5 July, there was near-zero visibility and winds of up to 110 kilometres per hour, according to the Phoenix office of the US National Weather Service.

Radar data suggests that the dust storm travelled 240 kilometres in total, with the dust reaching 1800 metres in altitude. The storm’s leading edge stretched for almost 160 kilometres.

Meteorologists classify this kind of storm as a haboob. These are formed when thunderstorms release their precipitation, causing the strong winds that were being sucked into the storm to blow downwards and outwards instead. If the thunderstorm “collapses” over a desert, the strength of these winds stir up the dust and sand.

In this case, the haboob arose as a result of severe thunderstorms east of Tucson, which is located on ground 460 metres higher than Phoenix. The winds that resulted were in excess of 70 kilometres per hour. These tore down through the dustbowl that has developed between the cities, thanks to the area receiving less than half the normal rainfall since the end of last summer. The dust storm was born. As the dust wall hit Phoenix, trees were felled, traffic crawled to a stop to avoid chain collisions and pileups, and aircraft were grounded. The city, from swimming pools to cars, became coated in brown dust. 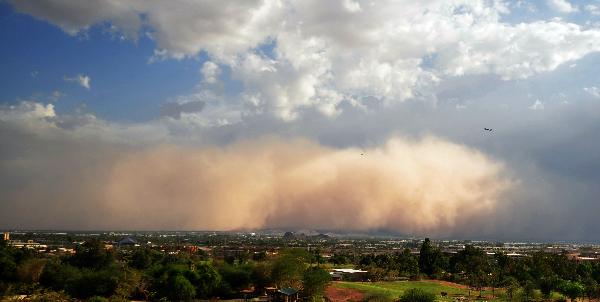 The following day NASA’s Terra satellite took an image of a grey-beige plume north-east of Phoenix, showing the lingering remnants of the haboob.

Another Phoenix Haboob – July 18th, 2011 from Mike Olbinski on Vimeo.

Across Arizona, over 100 dust storms have been reported in the past decade, according to the US National Climate Data Center. On average three dust storms a year hit Phoenix. However, local meteorologists say this storm was among the most severe they have seen in 30 years. (NewScientist) 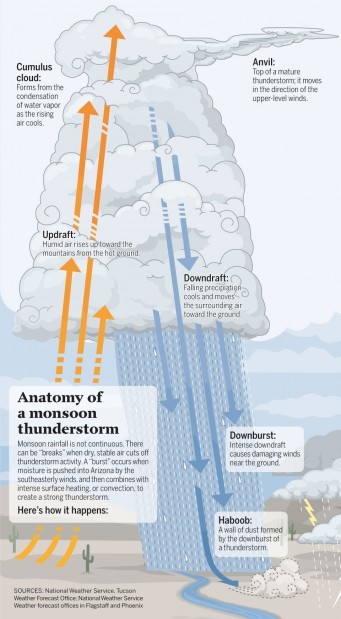 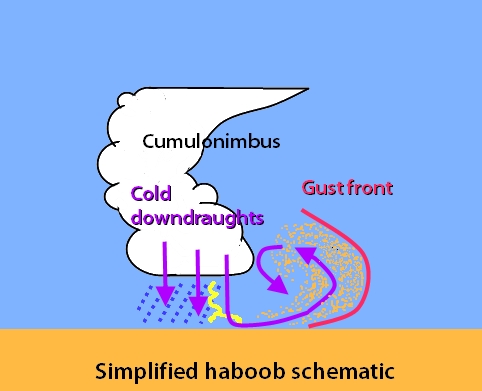