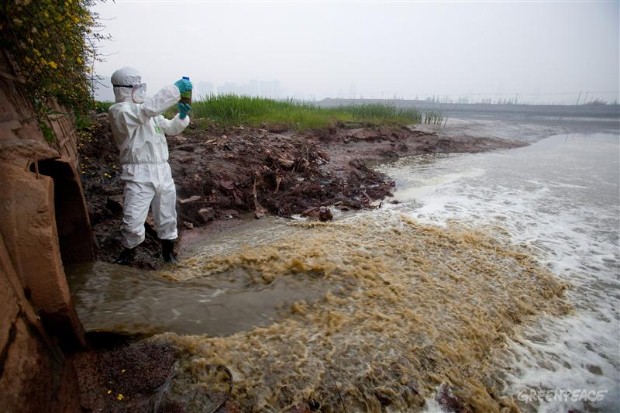 Greenpeace said eight samples of wastewater discharge from two factories in the Yangtze and Pearl River deltas, identified as suppliers for the brands, contained "a cocktail of hazardous chemicals". The Yangtze – China's longest river – and the Pearl River Delta serve as a source of drinking water for about 67 million people, including those in Hong Kong, according to Greenpeace. 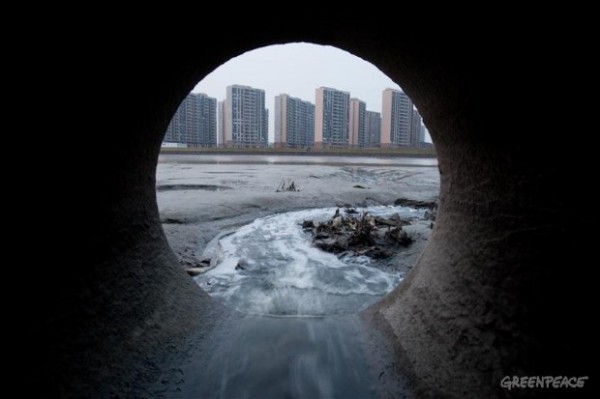 "Our tests of the wastewater found toxic chemicals that have no place in our natural environment," Greenpeace campaigner Vivien Yau told a news conference in Hong Kong. "These brands have the ability and responsibility to work with their suppliers to provide products that do not irrevocably damage the environment and public health."

The Greenpeace report said laboratory testing found the wastewater samples contained nonylphenols and perfluorinated chemicals, which are used to make materials stain and stick resistant, among other uses. The chemicals, which are restricted in European countries, could move up the food chain through fish and other marine life which have consumed the contaminated water. The chemicals could disrupt the hormone balance in humans even at low levels. (WaterWorld) 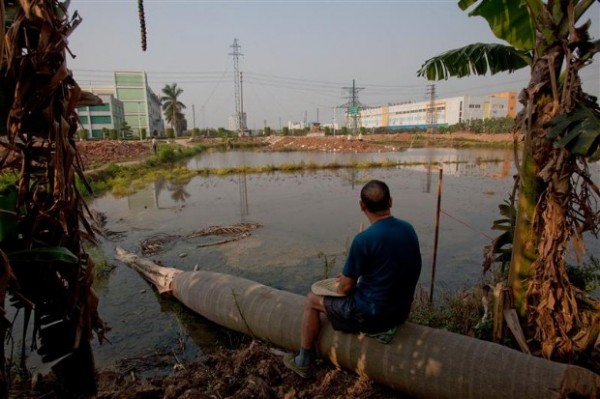 Our investigations found two textile facilities in China that were discharging a range of hazardous chemicals into the Yangtze and Pearl River deltas.

Alkylphenols (including nonylphenol) were found in waste water samples from both factories, and perfluorinated chemicals (PFCs) were present in the waste water from the Youngor Textile Complex. This was despite the presence of a modern wastewater treatment plant at the Youngor facility.

The alkylphenols and PFCs found in the samples are a cause for serious concern, as these chemicals are known hormone disruptors and can be hazardous even at very low levels. Both groups of chemicals are man-made substances that persist in the environment and can have potentially devastating effects as they accumulate up the food chain.