Warming ocean waters are causing the largest movement of marine species seen on Earth in more than two million years, according to scientists.

In the Arctic, melting sea ice during recent summers has allowed a passage to open up from the Pacific ocean into the North Atlantic, allowing plankton, fish and even whales to into the Atlantic Ocean from the Pacific. The discovery has sparked fears delicate marine food webs could be unbalanced and lead to some species becoming extinct as competition for food between the native species and the invaders stretches resources. Rising ocean temperatures are also allowing species normally found in warmer sub-tropical regions to into the northeast Atlantic. 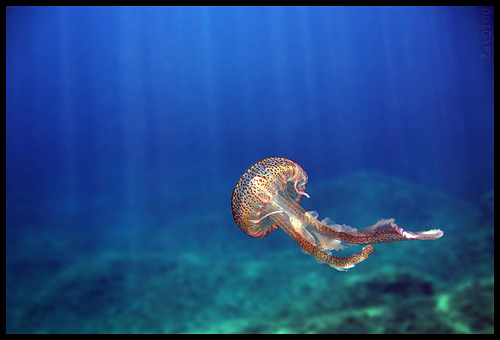 A venomous warm-water species Pelagia noctiluca has forced the closure of beaches and is now becoming increasingly common in the waters around Britain. The highly venomous Portuguese Man-of-War, which is normally found in subtropical waters, is also regularly been found in the northern Atlantic waters.

A form of algae known as dinoflagellates has also been found to be moving eastwards across the Atlantic towards Scandinavia and the North Sea. Huge blooms of these marine plants use up the oxygen in the water and can produce toxic compounds that make shellfish poisonous. Plankton sampling in the north Atlantic over the past 70 years have also shown that other species of plankton, normally only found in the Pacific ocean, have now become common in Atlantic waters.

The scientists, who have been collaborating on the Climate Change and European Marine Ecosystems Research project, found the plankton species, called Neodenticula seminae, traveled into the Atlantic through a passage through the Arctic sea ice around that has opened up a number of times in the last decade from the Pacific Ocean. 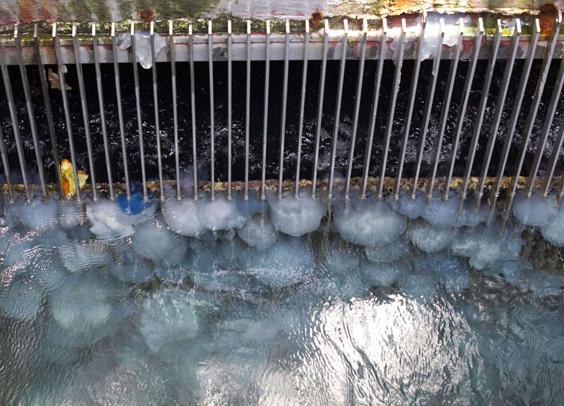 Larger species including a grey whale have also been found to have made the journey through the passage, which winds it’s way from the Pacific coast of Alaska through the islands of northern Canada and down past Greenland into the Atlantic Ocean, when it opened first in 1998, and then again in 2007 and 2010.

“It seems for the first time in probably thousands of years a huge area of sea water opened up between Alaska and the west of Greenland, allowing a huge transfer of water and species between the two oceans. The opening of this passage allowed the wind to drive a current through this passage and the water warmed up making it favourable for species to get through. In 1999 we discovered a species in the north west Atlantic that we hadn’t seen before, but we know from surveys in the north Pacific that it is very abundant there. This species died out in the Atlantic around 800,000 years ago due to glaciation that changed the conditions it needed to survive. The implications are huge. The last time there was an incursion of species from the Pacific into the Atlantic was around two to three million years ago. The impact on salmon and other fish resources could be very dramatic. The indications are that as the ice is continuing to melt in the summer months, climate change could lead to complete melting within 20 to 30 years, which would see huge numbers of species migrating. With the jellyfish we are seeing them move further north from tropical and subtropical regions as a result of warming sea temperatures.” said professor Chris Reid, from the Sir Alister Hardy Foundation for Ocean Science at the Plymouth Marine Laboratory.

Researchers say the invading plankton species is likely to cause widespread changes to the food web in the Atlantic ocean as the invading species are less nutritious than native species, which are eaten by many fish and large whales. 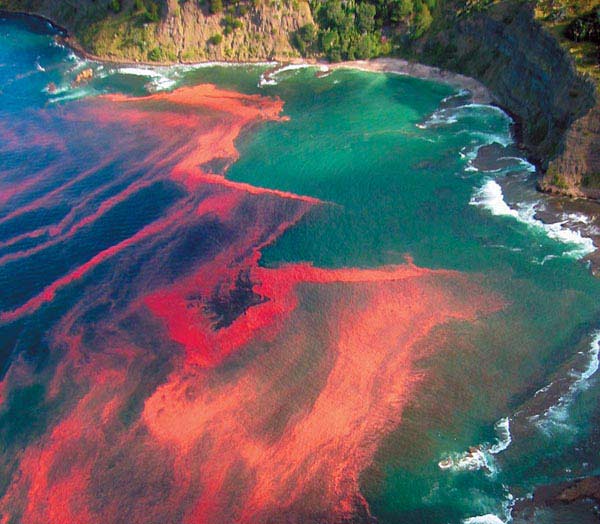 Changes in populations of tiny animals called copepods, which are an essential food source for fish such as cod, herring and mackerel, are already being blamed for helping to drive the collapse of fish stocks as the native species of copepods have been replaced with smaller less nutritious varieties. This has resulted in declines in North Sea birds, the researchers claim, while Harbour porpoises have also migrated northwards North Sea after sand eels followed the poleward movement of the copepods they ate.

Scientists taking part in the project from the Institute for Marine Resources & Ecosystem Studies, in the Netherlands, found that warmer water would also lead more species in the North and Irish sea as species move from more southerly areas. But they found that the Atlantic ocean west of Scotland would have fewer species.

The researchers conclude that these changes will have serious implications for commercial fisheries and on the marine environment. 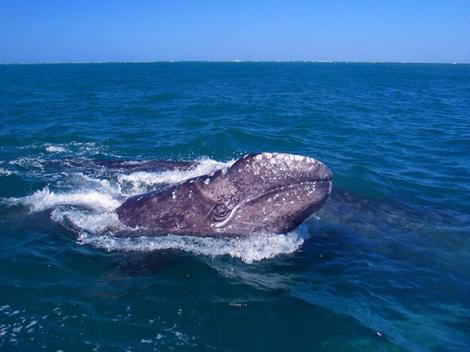 Among the other species to have migrated from the Pacific Ocean into the Atlantic was a grey whale that was spotted as far south as the Mediterrean off the coast of Spain and Israel. (Telegraph)