A massive Saharan dust plume has drifted west over the Atlantic Ocean and the Cape Verde Islands, located 570 kilometres off the coast of Western Africa.

GOES, a US geostationary weather satellite, captured the below image of the dust Friday.  The image presents the fine sand particles as a hazy yellow colour (enhanced) that appears below the white clouds. 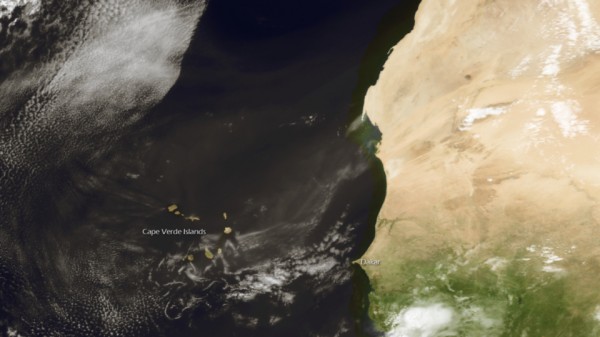 According to the National Oceanic and Atmospheric Administration (NOAA): “Dust storms such as this one are quite frequent and play a roll in depressing the formation of tropical waves in the Intertropical Convergence Zone. NOAA’s Atlantic hurricane season outlook last month called for “normal” levels of dust to blow off of the African coast.”

Elsewhere in Africa Friday dust drifted from the northern coast of Somalia over the Gulf of Aden and toward Yemen. This Modis image from midday Friday also shows the continuing eruption of the Nabro volcano in Eritrea. The stratovolcano erupted for the first time in its history on Sunday 12 June 2011.  Ash and SO2 emissions from the volcano can be seen drifting over the border into northern Ethiopia. 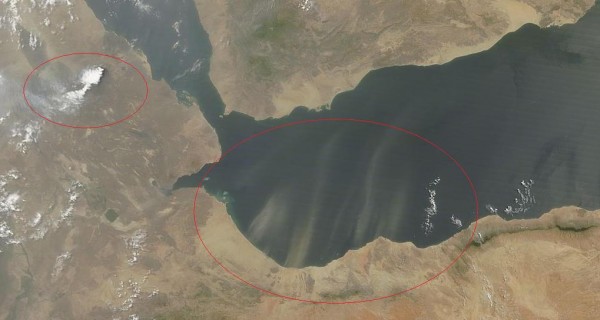