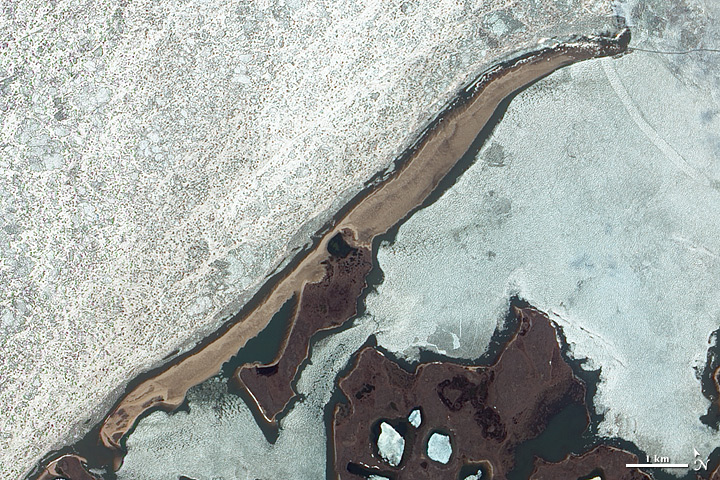 According to a new survey, there are 2,149 barrier islands around the world, spanning 20,783 kilometers (12,914 miles) of coastline. Seventy-four percent of those islands are found in the northern hemisphere, though that is not necessarily a surprise because roughly two-thirds of the world’s land mass lies north of the equator.

What is surprising is that 12.7 percent of those barrier islands—a total of 272—surround the Arctic Ocean. 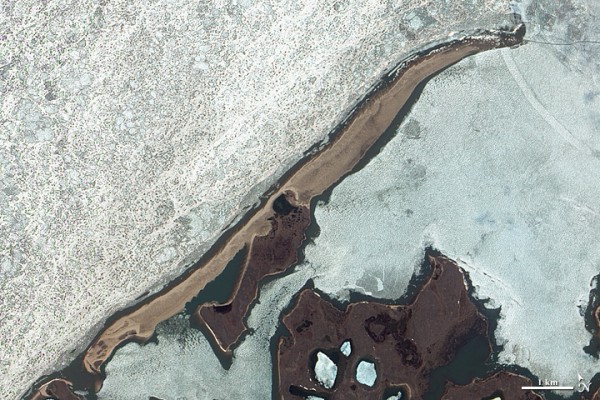 The Advanced Land Imager on NASA’s Earth Observing-1 satellite captured this image of a barrier island facing the Beaufort Sea, on the northern edge of Canada’s Northwest Territories. The image was acquired on June 23, 2004, before sea ice had melted or retreated in the summer thaw. The beach is tan and brown in the image, surrounded by ice in the ocean and the back bay.

In the large image, the area behind the shoreline is pockmarked by marshes, ponds, and hummocks characteristic of “thermokarst,” landscapes created by the melting and refreezing of permafrost.

The presence of sea ice and of permafrost helps protect Arctic barrier islands for much of the year. But once the ice retreats and the permafrost thaws, heavy winds, waves, and freshwater currents can pummel the islands from all directions, making them rounder and smaller than in other environments. Barrier islands in the Arctic are half as long (5 kilometers, or 3 miles) as the global average (10 kilometers or 6 miles). 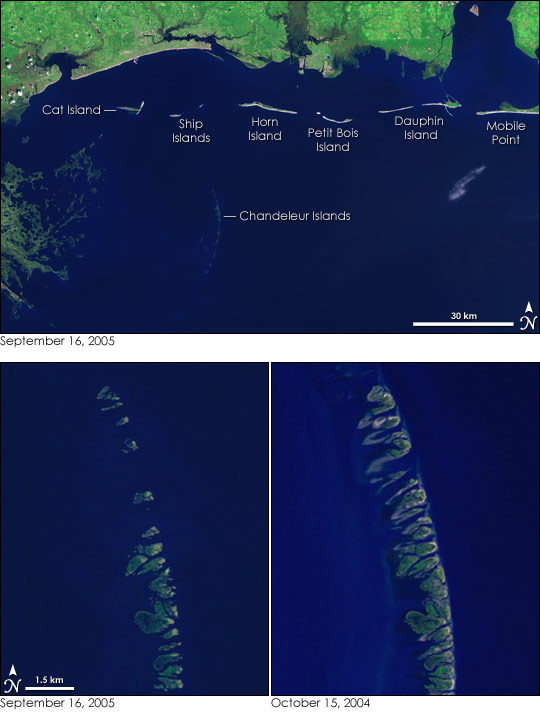 “The observed increased seasonal melting of permafrost may be adding significantly to Arctic barrier island retreat,” survey authors Matthew Stutz of Meredith College and Orrin Pilkey of Duke University wrote in The Journal of Coastal Research. The overall thawing of Arctic climates, as well as increasing sea level rise, have these islands retreating more rapidly than elsewhere in the world.

Still, the new discovery and new classification of barrier islands around the Arctic Ocean is an eye-opener. “This study provides proof that barrier islands exist in every climate and in every tide-wave combination,” said Pilkey, a coastal geologist. “Everywhere there is a flat piece of land next to the coast, a reasonable supply of sand, enough waves to move sand or sediment about, and a recent sea-level rise that caused a crooked shoreline, barrier islands exist.” (EarthObservatory) 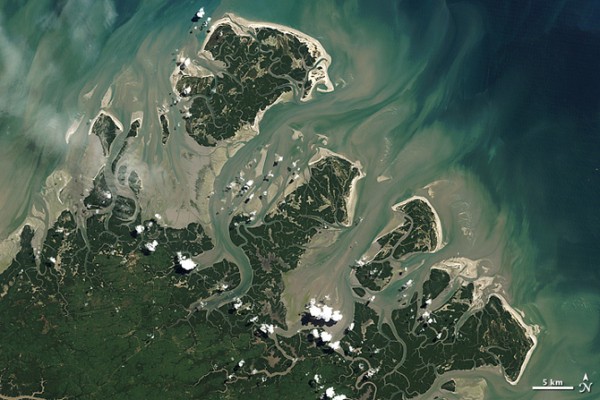