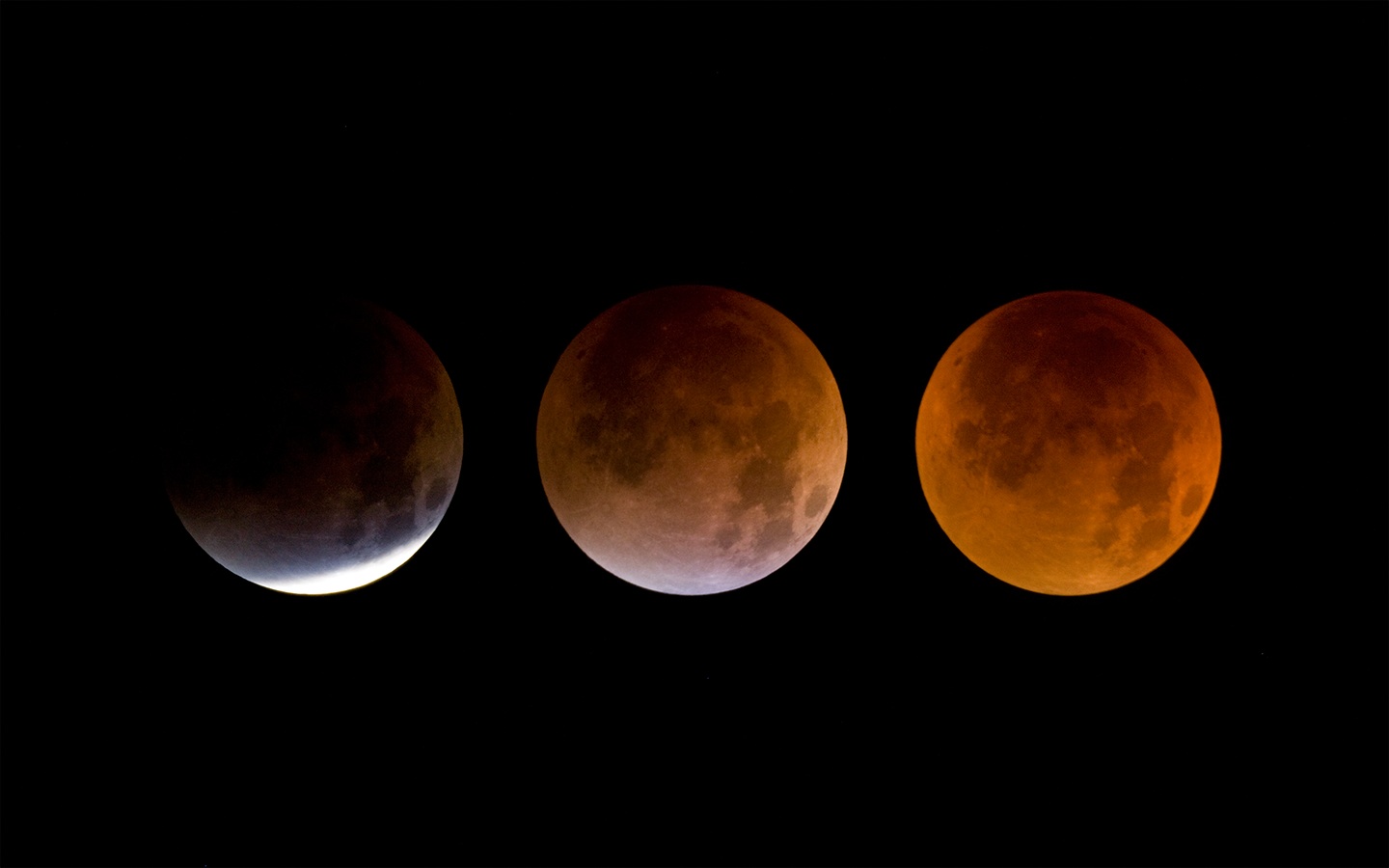 We’re in the midst of an interesting eclipse trifecta. Partial solar eclipses occur during the New Moons on June 1st and July 1st, which are sandwiched around a total lunar eclipse during the Full Moon on June 15th. Those of you in Europe and elsewhere in the Eastern Hemisphere are in for a real treat. 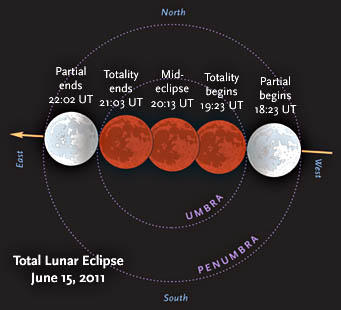 The lunar disk first encroaches into the penumbra, Earth’s partial shadow, at 17:25 Universal Time, but don’t expect to see any dusky shading along its easternmost edge for at least 30 minutes afterward. The first nibble from Earth’s deep umbra comes at 18:23 UT, with the black bite taking a full hour to creep steadily across the disk.

The long duration of this event is due in part to Earth being near aphelion in its orbit and the Moon being near perigee in its orbit. Since the lunar disk passes 5.3 arcminutes north of the umbra’s center, observers might see the northern limb appear a little brighter than the southern limb.

In any case, this has the makings of a very dark eclipse. Observers rate totality’s darkness using a five-point scale developed by French astronomer André Danjon, ranging from L = 0 (nearly invisible) to L = 5 (bright copper-red or orange disk).

The darkened lunar disk makes it very easy to watch the Moon cover up stars along its path. Especially good will be the occultation of 4.8-magnitude 51 Ophiuchi. Perhaps a naked-eye event, it will be spectacular as seen with binoculars or any small telescope.

As the map at right shows, the ringside seats for Wednesday’s event will be centered around 50°E in longitude. This favors eastern Africa (near moonrise), Asia, and western Australia (near moonset). Those of us in Europe will see most everything, though the early stages occur before the Moon rises. Only northern Scotland and Scandinavia miss out — but, then again, they were favored for the partial solar eclipse on June 1st. (Sky&Telescope)

Grazing Occultations during the total lunar eclipse of 2011 June 15