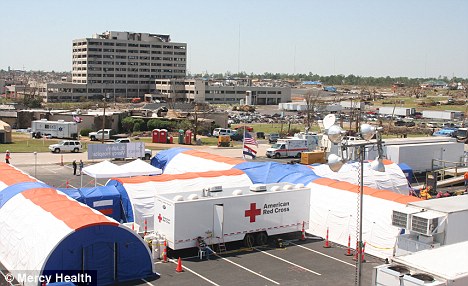 It would seem this city has already suffered enough – after 151 people were killed and 6,000 homes destroyed by a fatal twister. But now health officials say flying debris from last month’s deadly tornado is to blame for an outbreak of a potentially deadly fungal infection. More than 900 people were injured in the disaster and soil or plant matter on flying debris in Missouri is thought to have penetrated the skin of some. 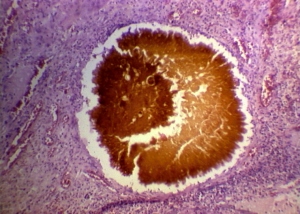 This has caused them to contract a fungal infection known as ‘zygomycosis’, which is rare but serious and in some cases deadly. Joplin infectious diseases physician Uwe Schmidt said he knows of at least nine patients who have had the infection since the disaster. He said three or four of them died and zygomycosis was a factor – but had previously only seen two cases of the infection in his whole career.

It’s an aggressive fungal infection that can be caused by soil or vegetative material becoming embedded under the skin. The infection is more prevalent in people with weakened immune systems but can affect healthy people who suffer trauma.

‘It’s definitely quite striking,’ the Freeman Health System physician said. ‘To have so many cases of this is rather rare.’ 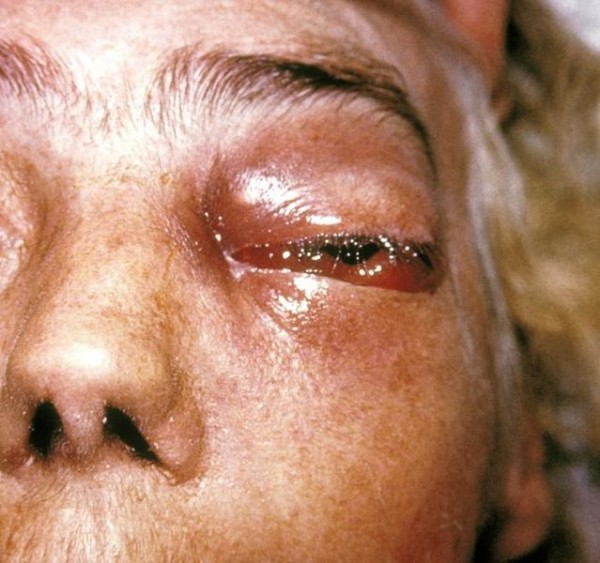 Depending on a person’s age, health and wounds suffered, some cases could still surface, as the infection can spread rapidly and invade the blood supply. Treatment is with intravenous anti-fungal mediation and removal of damaged skin tissue – and mould can be seen in some of the wounds. The tornado cut a six-mile deadly swath through Joplin on May 22. Several people have been treated for zygomycosis in neighbouring Greene County.

Symptoms of pain, swelling and skin discolouration typically showed up about five to 10 days after the tornado. Public health departments in Joplin have notified doctors and hospitals to watch out for the infection when treating the many people injured in the tornado. (DailyMail) 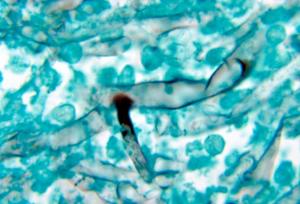 Zygomycosis, now known as mucormycosis, is a fungal infection that spreads rapidly and can be caused by soil or vegetative material becoming embedded under the skin. It’s more prevalent in people with weakened immune systems or untreated diabetes but can affect healthy people who suffer trauma and are injected with contaminated soil.

Dr. Benjamin Park with the Centers for Disease Control and Prevention said people who have had a traumatic skin injury that is not improving should seek medical attention immediately so the infection can be identified and treated promptly. (IWB)

The Springfield-Greene County Health Department was made aware of medical concerns associated with tornado victims.  Please see the statement below:

Several patients have been identified recently with aggressive fungal soft tissue infections.  These patients were transferred in from the field and had lacerations that were closed at the scene.  These patients have developed cellulitis followed by aggressive necrotizing soft tissue infection.  Despite aggressive surgical debridement, the wounds have continued to advance.  Microscopy demonstrates invasive fungal elements with capillary thrombosis.  Grossly, the wounds have a cellulitic appearance with necrosis of the deeper aspect of the wound.  The fat has a saponified appearance.  In some cases gross fungal elements are visible with the naked eye.  Despite aggressive surgical debridement, the necrosis reoccurs within 24 hours.  Treatment currently consists of aggressive serial surgical debridement with IV amphotericin therapy.

Any questions concerning this issue may be called to the St. John’s Springfield Trauma Service or the St.John’s Springfield Infectious Disease Service.  These services can be contacted at (417) 820-2000.  Please request the trauma surgeon or infectious disease physician on call.

Any questions or concern may be directed to the offices referenced above or the Springfield-Greene County Health Department at (417) 864-1408.

Administrator of Community Health and Epidemiology