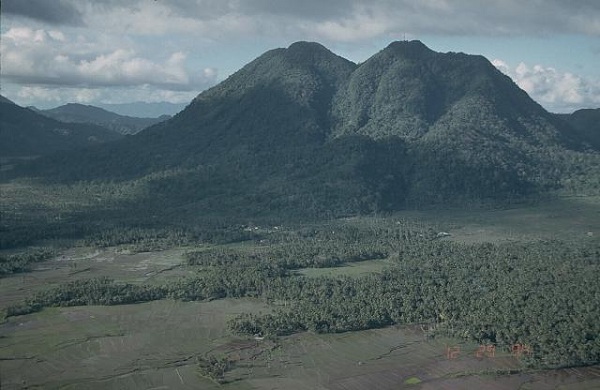 The seismic network at Bulusan Volcano (12.7667°N, 124.0500°E) detected a total of eleven (11) volcanic earthquakes for the past 24 hours. Steaming activity at the active vents ranged from wispy to moderate with white steam drifting to the southwest direction. Results of ground deformation survey (precise leveling) conducted between March 1 and 5, 2011 showed no significant change as compared with January 25 – 29, 2011 survey. No other significant volcanic activity was observed since yesterday’s ash explosion.

Bulusan Volcano’s status remains at Alert Level 1. This means that the source of activity is hydrothermal and shallow. Entry to the 4-kilometer radius Permanent Danger Zone (PDZ) is strictly prohibited, since the area is at risk to sudden steam and ash explosions. Due to the prevailing wind direction, residents in the northwest and southwest sectors of the volcano are reminded to take precautions against ashfalls. Civil aviation authorities must also warn pilots to avoid flying close to the volcano’s summit as ejected ash and volcanic fragments from sudden explosions may be hazardous to aircraft. If possible aircraft should avoid flying on the western side of the volcano as volcanic debris are likely to be carried in this direction by the prevailing winds. Furthermore, people living near valleys and river/stream channels should be vigilant against sediment-laden stream flows and lahars in the event of heavy and prolonged rainfall. DOST-PHIVOLCS is closely monitoring Bulusan Volcano’s activity and any new significant development will be immediately relayed to all concerned. 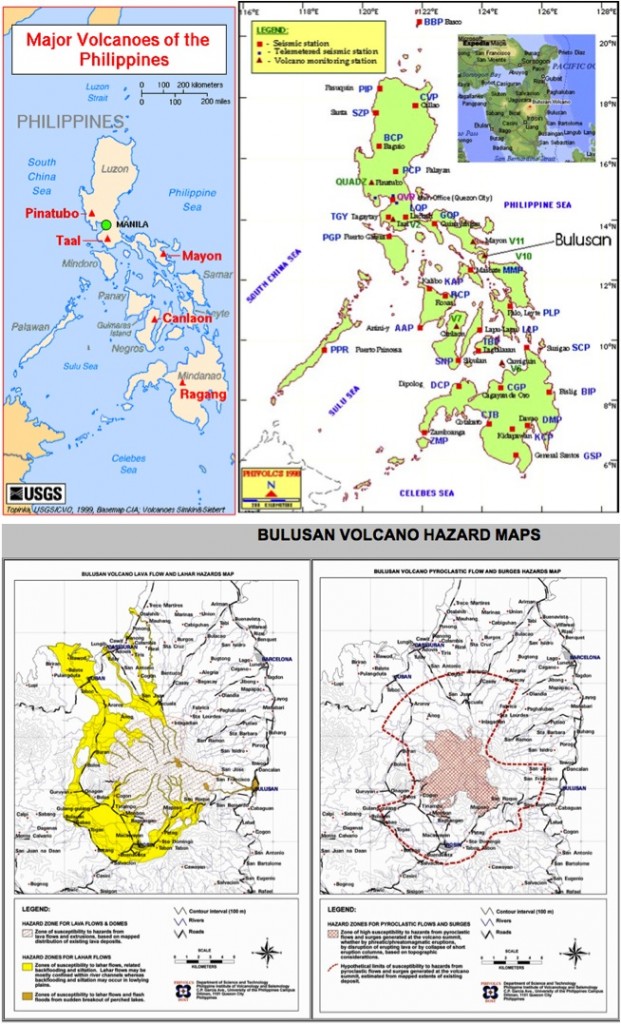 Alert Level 2 is still in effect over Taal Volcano, with the interpretation that magma has been intruding towards the surface, as manifested by the continuing high emission rate of CO2 being released in the Main Crater Lake and sustained seismic activity. Hence, PHIVOLCS advises the public that the Main Crater, Daang Kastila Trail and Mt. Tabaro (1965 -1977 Eruption Site) are strictly off-limits because sudden hazardous steam-driven explosions may occur and high concentrations of toxic gases may accumulate. Breathing air with high concentration of toxic gases can be lethal to human, animals and even cause damage to vegetation. In addition, it is reminded that the entire Volcano Island is a Permanent Danger Zone (PDZ), and permanent settlement in the island is strictly not recommended. DOST-PHIVOLCS is closely monitoring Taal Volcano’s activity and any new significant development will be immediately relayed to all concerned.

Alert Level 1 is still in effect over Mayon Volcano. Although this means that no eruption is imminent, it is recommended that the public should not enter the 6-kilometer radius Permanent Danger Zone (PDZ) due to the continuing threat from sudden small explosions and rockfalls from the upper and middle slopes of the volcano. Active stream/river channels and those perennially identified as lahar prone areas in the southern sector should also be avoided especially during bad weather conditions or when there is heavy and prolonged rainfall. DOST-PHIVOLCS is closely monitoring Mayon Volcano’s activity and any new development will be relayed to all concerned. 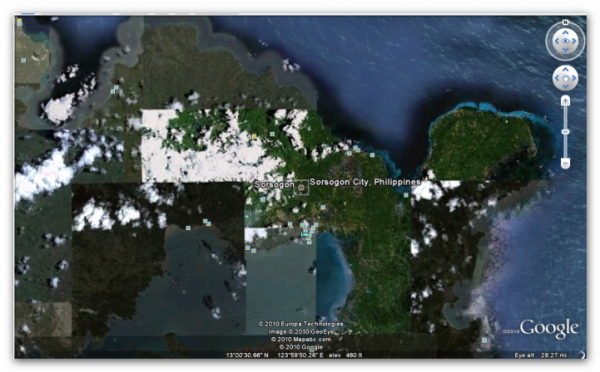