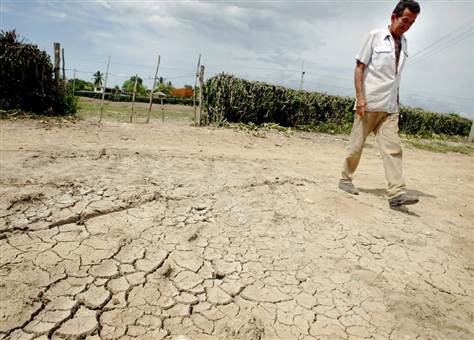 Cuba is facing its worst drought in half a century, with tens of thousands of families almost entirely reliant on water trucks for essential supplies.

The drought started two years ago, and reservoirs are now down to a fifth of their normal levels. The government is providing road deliveries of water to more than 100,000 people in the worst affected areas of the capital, Havana. The situation in Havana is compounded by a pipe network in poor condition.

The state-run newspaper Granma says up to 70% of water pipes supplying the capital are leaking and in urgent need of repair. Residents are having to use buckets and bottles to fill up with water from the road deliveries.

Cubans are hoping the rainy season in May and June will bring some respite. But even a normal rainfall will not be enough to fill up the reservoirs. 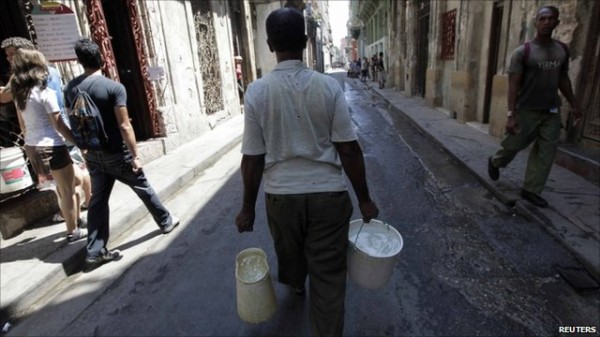 Reservoir levels are low and farming has been badly hit. Cuba was once the world’s biggest sugar exporter but the sector’s long been in decline since the collapse of the main market, the Soviet Union. The drought is making things worse. The shortage of rain has led to a significant drop in water levels in the country's reservoirs and has hurt the availability of groundwater, affecting water supplies for more than 500,000 people in this Caribbean island nation of 11.2 million.

Climate experts have warned that droughts in Cuba have become more frequent and intense in recent decades. The rainy season in Cuba begins in May and stretches to October. But the water supply is largely replenished by the tropical storms that bring intense rains, although they also frequently cause destructive flooding and gale force winds as well.

A major state project is aimed at using mountain rainfall to supply water to farms and the population. The government is investing large sums in the renovation of the country's rundown water system, which has compromised household supplies, and in a major water project in nine of the country's 14 provinces, involving dams, canals and tunnels. The project is aimed at making use of the rainfall and rivers in the mountains in eastern and central Cuba to counteract the effects of drought and meet the needs of the population and farmers.

A severe drought directly affected two million people and more than 900 villages and towns in Cuba in 2004 and 2005, while 2009 had the fourth lowest rainfall total in 109 years.