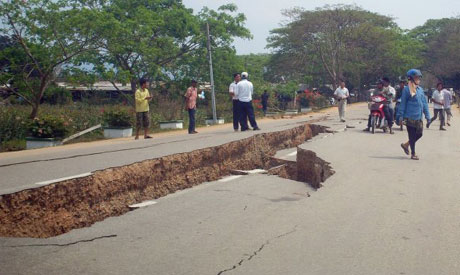 A strong earthquake magnitude 6,8 toppled homes in northeastern Myanmar and killed more than 70 people, and there were fears Friday the toll would mount as conditions in more remote areas became known. Depth of epicentre was at 10km.

The Thursday night quake, measured at a magnitude 6.8 by the U.S. Geological Survey, was centred just north of the town Tachileik in the mountains along the Thai border, but was felt hundreds of kilometres away in the Thai capital Bangkok and Vietnamese capital Hanoi. Myanmar state radio announced Friday that 74 people had been killed and 111 injured in the quake, but was updating the total frequently. It said that 390 houses, 14 Buddhist monasteries and nine government buildings were damaged. The worst hit was Mong Lin village, 8km from Tachileik. 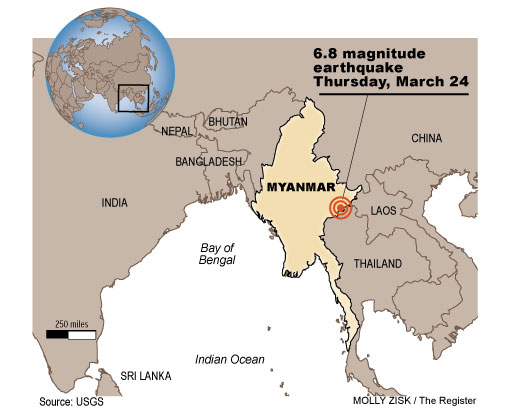 The state-run New Light of Myanmar newspaper reported that 15 houses collapsed in the town of Tarlay, where state radio said 11 were killed and 29 injured. The Department of Meteorology and Hydrology Department announced that a strong earthquake of magnitude 7.0 with its epicenter inside Myanmar near Loimwe (56km Southeast of Kengtung) about 485km Southeast of Mandalay seismological observatory was recorded at (20) hrs (29) min (30) sec M.S.T today. The newspaper said another two people were killed in Tachileik, including a 4-year-old boy. It said six people were injured in the town, which is just across the border from Mae Sai in Thailand’s Chiang Rai province. 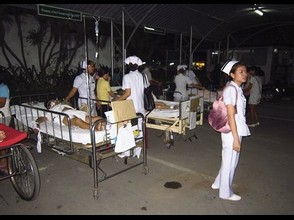 Most of rural Myanmar, one of Asia’s poorest countries, is underdeveloped, with poor communications and other infrastructure, and minimal rescue and relief capacity. The country’s military government is also usually reluctant to release information about disasters because it is already sensitive to any criticism.

The government tightly controls information, and in 2008 delayed reporting on – and asking for help with – devastating Cyclone Nargis, which killed 130,000 people. The junta was widely criticized for what were called inadequate preparations and a slow response to the disaster.

“We are worried that the area might be hit with stronger quakes. There was another quake at 7 a.m. this morning,” said Somsri Meethong of the Mae Sai District office, referring to an aftershock. “I had to run again like last night. What we have seen on TV about Japan added to our fear.” 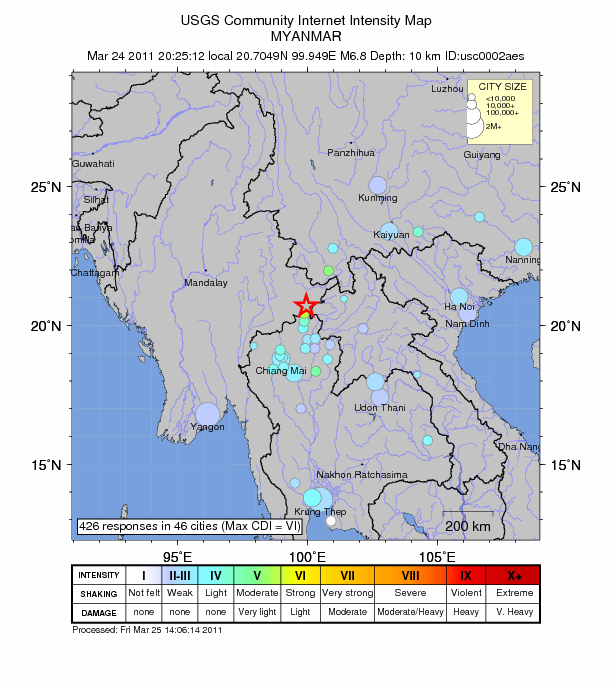