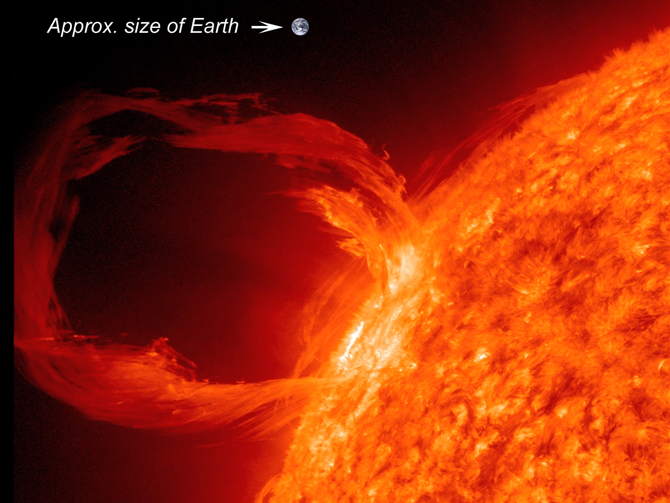 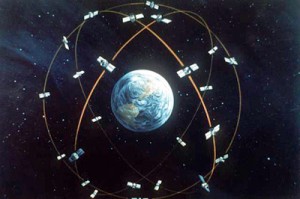 Worst-case scenarios including scorched commercial satellites, GPS failures and inoperable computers and mobile phones were discussed by an expert panel at the American Association for the Advancement of Science’s meeting.

And with the solar cycle heading toward a new period of intense activity in the coming 11 years, the likelihood of a major geomagnetic storm will only grow.

“This is not a matter of if, it is simply a matter of when and how big,” said National Oceanic and Atmospheric Administration administrator Jane Lubchenco.

The experts admitted that currently, little that can be done to predict such a storm, much less shield the world’s electrical grid by doing anything other shutting off some of the vulnerable areas until the danger passes.

The root of the world’s vulnerability in the modern age is because of global positioning systems, or GPS devices, that provide navigational help but also serve as time synchronizers for computer networks and electronic equipment, he said. 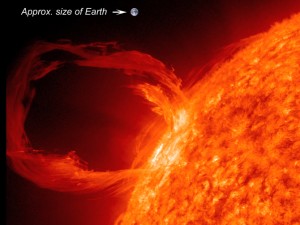 “GPS helped and created a new dependency,” he said, noting that the technology’s influence extends to aerospace and defense, digital broadcast, financial services and government agencies.

In Europe alone there are 200 separate telecommunication operators, and “nothing is standardized,” he said.

“We are far from understanding all the implications here,” he said.

Earlier this week the planet dodged what could have been a major geomagnetic storm, after the a solar eruption sent off the strongest flares in four years and a wave of plasma charged particles glanced off the Earth’s northern pole.

“Actually it turned out that we were well protected this time. The magnetic fields were aligned parallel so not much happened,” said the European Space Agency’s Juha-Pekka Luntama.