Mass deaths of blackbirds in the Crimea, Ukraine

Dozens of the migratory birds have been found dead on the Kamyshovskoye highway in Sevastopol, along Kazachya Bay and in other coastal areas, ITAR-Tass reported Saturday.

Ornithologist Alexander Grinchenko of the Ukrainian Society for the Protection of Birds said it is not yet known if the blackbirds died from infection or poisoned food. They probably flew from North Africa, where no bird epidemics are reported. 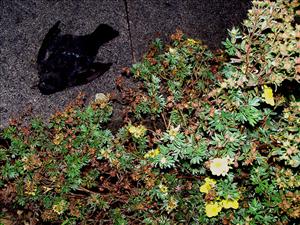 The first examinations by the Sevastopol state veterinary center suggest frost as a cause. A recent storm brought heavy snow and frigid weather to the Crimea.

Tissues from the dead birds have been sent to a veterinary clinic in Simferopol, and a diagnosis is expected within a week.

The mass bird death is the first reported in Ukraine, and it is not known if there is any connection to recent incidents in the United States and Europe. (ITAR-Tass)