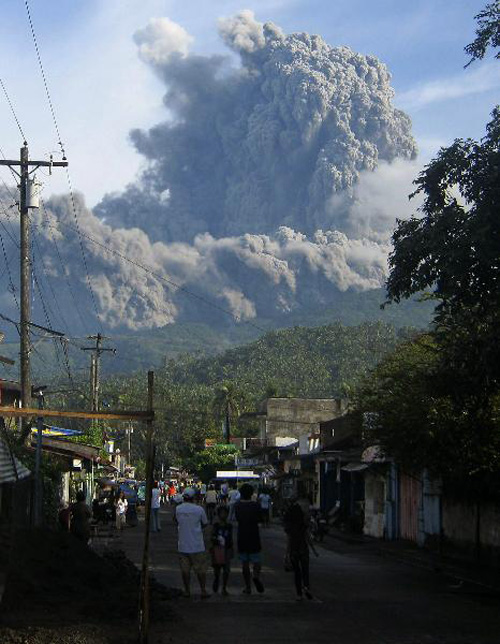 The Philippine Institute of Volcanology and Seismology (Phivolcs) said the volcano emitted ash as high as two kilometres (1.2 miles) on Sunday and have recorded at least twenty-eight (28) volcanic earthquakes were recorded by Bulusan Volcano’s (12°46.2’N, 124°03’E) seismic network since 6AM today. One of which was an explosion type earthquake that ejected a grayish volcanic ash, 2km high and drifted to southwest direction.

Bulusan is the highest peak in Sorsogon, covering a land area of 3,672 hectares.

Luzon's southernmost volcano, Bulusan, was constructed along the rim of the 11-km-diameter dacitic-to-rhyolitic Irosin caldera, which was formed about 36,000 years ago. Bulusan lies at the SE end of the Bicol volcanic arc occupying the peninsula of the same name that forms the elongated SE tip of Luzon. A broad, flat moat is located below the topographically prominent SW rim of Irosin caldera; the NE rim is buried by the andesitic Bulusan complex. Bulusan is flanked by several other large intracaldera lava domes and cones, including the prominent Mount Jormajan lava dome on the SW flank and Sharp Peak to the NE. The summit of 1565-m-high Bulusan volcano is unvegetated and contains a 300-m-wide, 50-m-deep crater. Three small craters are located on the SE flank. Many moderate explosive eruptions have been recorded at Bulusan since the mid-19th century. 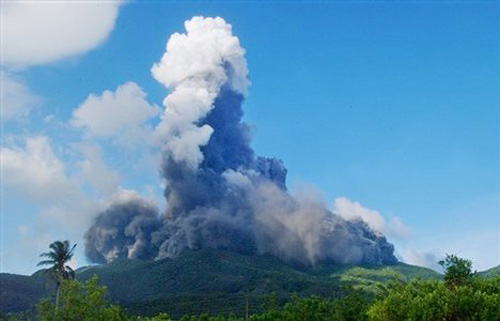 Bulusan Volcano's status remains at Alert Level 1. This means that the source of activity is hydrothermal and shallow. Entry to the 4-kilometer radius Permanent Danger Zone (PDZ) is strictly prohibited, since the area is at risk to sudden steam and ash explosions. Due to the prevailing wind direction, residents in the northwest and southwest sectors of the volcano are reminded to take precautions against ashfalls. Civil aviation authorities must also warn pilots to avoid flying close to the volcano's summit as ejected ash and volcanic fragments from sudden explosions may be hazardous to aircraft. Furthermore, people living near valleys and river/stream channels should be vigilant against sediment-laden stream flows and lahars in the event of heavy and prolonged rainfall. DOST-PHIVOLCS is closely monitoring Bulusan Volcano's activity and any new significant development will be immediately relayed to all concerned.