A strong swarm of shallow earthquakes started under Cumbre Vieja volcano1, La Palma island, the Canary Islands on September 11, 2021, leading authorities to raise the Alert Level from Green to Yellow on September 13.

There have been 10 swarms in this area of the island of La Palma, but this one is more intense and at shallow depths, suggesting magmatic intrusion is taking place under the volcano.2

"Without a doubt, the current seismic swarm represents a significant change in the activity of the volcano and is related to a process of magmatic intrusion beneath La Palma Island," the Volcanology Institute of the Canaries (INVOLCAN) said.

"Our geochemical monitoring program for volcanic surveillance in La Palma has allowed us to detect in 2020 (16/09/2020), the highest emission value of helium-3 observed in La Palma over the past 30 years, and after this detection, not only the largest number of seismic swarmers in La Palma since 2017 (7 of a total 10) but also a year before recording the most important seismic swarming of the 10 occurred in La Palma."

"For these reasons described above, the management of Civil Protection and Attention to Emergencies due to Volcanic Risk (PEVOLCA) has been advised to raise the volcanic light for La Palma from GREEN to YELLOW."

The Ministry of Public Administrations, Justice and Security, the Government of the Canary Islands convened the Scientific Committee of the Special Plan for PEVOLCA to assess the situation and agreed to activate this Plan in a situation of Alert for Fuencaliente, Los Llanos de Aridane, El Paso and Mazo and the change of the traffic light from Green to Yellow for said municipalities.1 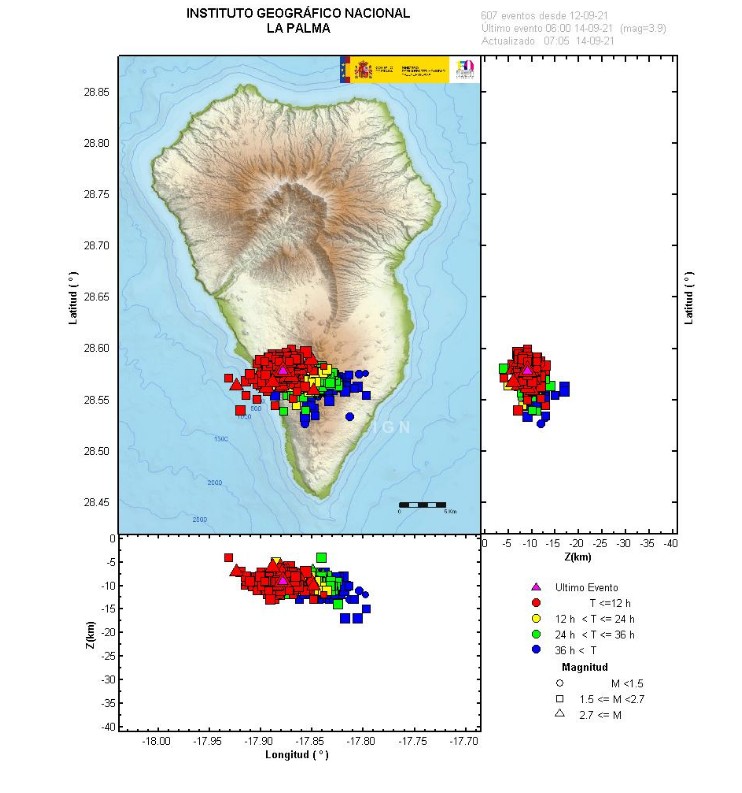 The swarm is located in the central part of the volcanic massif of Cumbre Vieja, in line with the eruptive sites of 1480,1585,1712 and 1949 and the reading of the graph above indicates that the hypocenters have moved towards the west.5 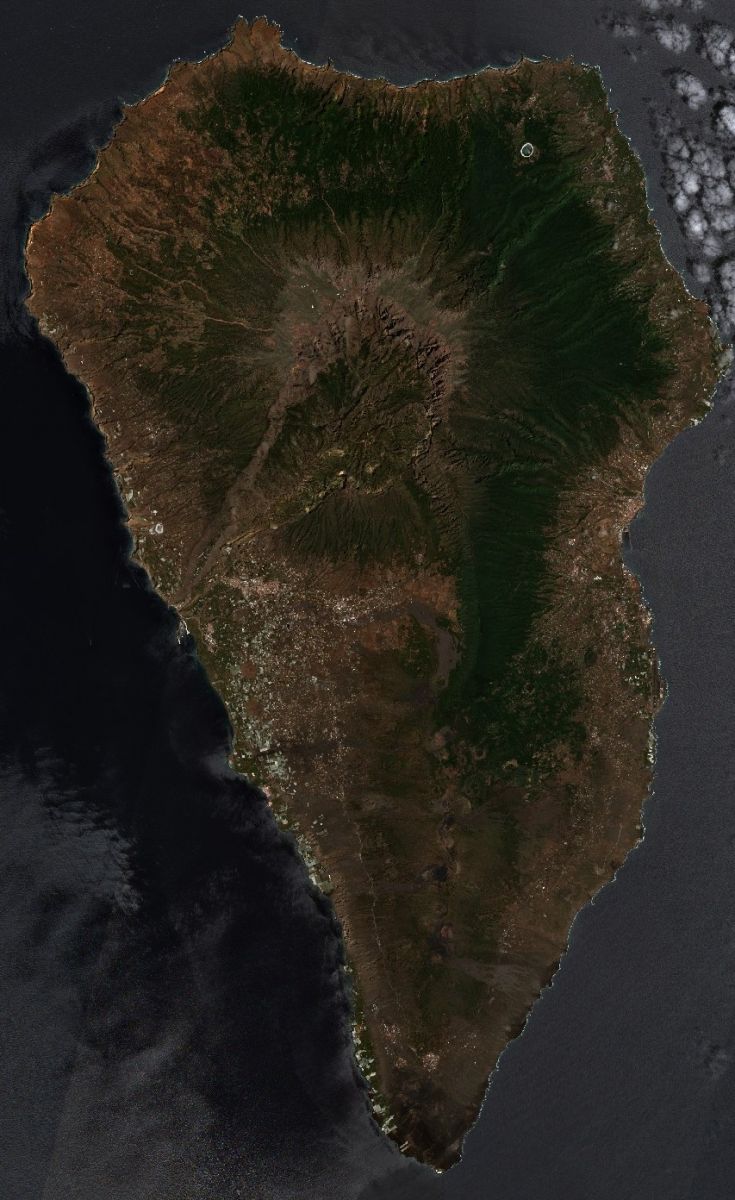