The massive Dixi Fire burning in Northern California since July 13, 2021, has destroyed 893 structures, damaged another 61 and threatens 16 000 more.

California Gov. Gavin Newsom declared a state of emergency for the counties affected by the fire — Butte, Plumas, Lassen, and Tehama — along with the McFarland and Monument Fires, which collectively burned an additional 34 499 ha (85 000 acres).

Last week, the fire destroyed much of the town of Greenville2, leaving 31 people unaccounted for. Plumas County Sheriff's Office said 27 people were found safe but 4 remain missing. The sheriff's office urged residents not to return to the town before evacuation orders are lifted.

"We have a lot of veteran firefighters who have served for 20, 30 years and have never seen behavior like this, especially day after day, and the conditions we're in. So we really are in uncharted territory around some of these extreme, large fires and the behavior we're seeing."

Wildfire smoke will continue to plague parts of the West Coast, the Intermountain West, and High Plains with poor air quality through Wednesday.

Dangerous heat continues to impact a large portion of the U.S. as widespread excessive heat warnings and heat advisories are in effect, especially in several major metro areas from the Northwest coast to the Northeast coast.

Numerous record warm lows are expected to be broken along the West Coast and east of the Mississippi River both Wednesday and Thursday mornings.

This heatwave looks to stick around into Friday before gradually loosening its grip over these regions this weekend, NWS said. 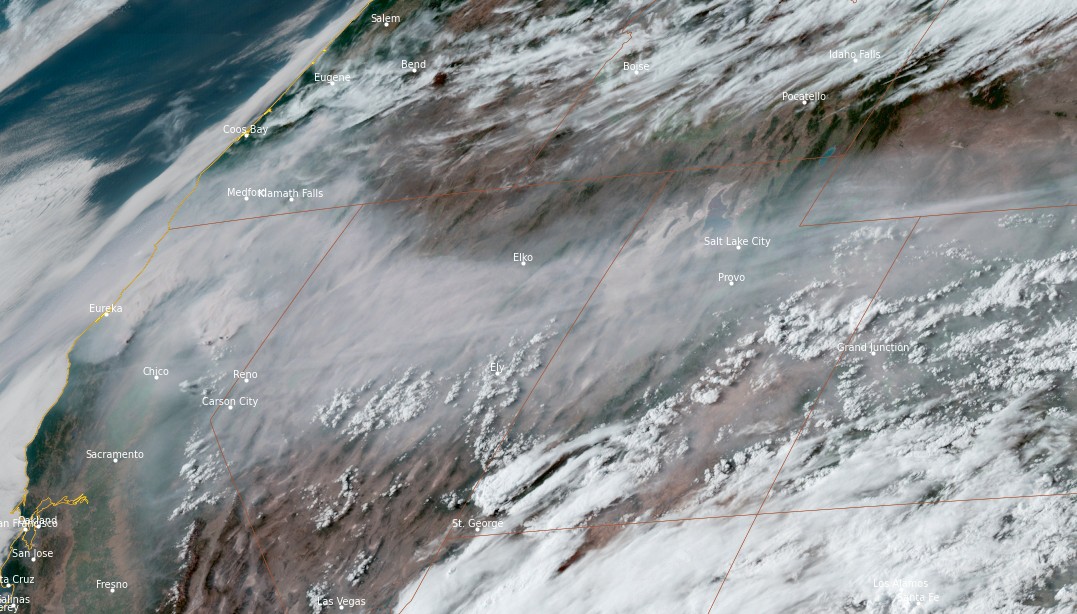