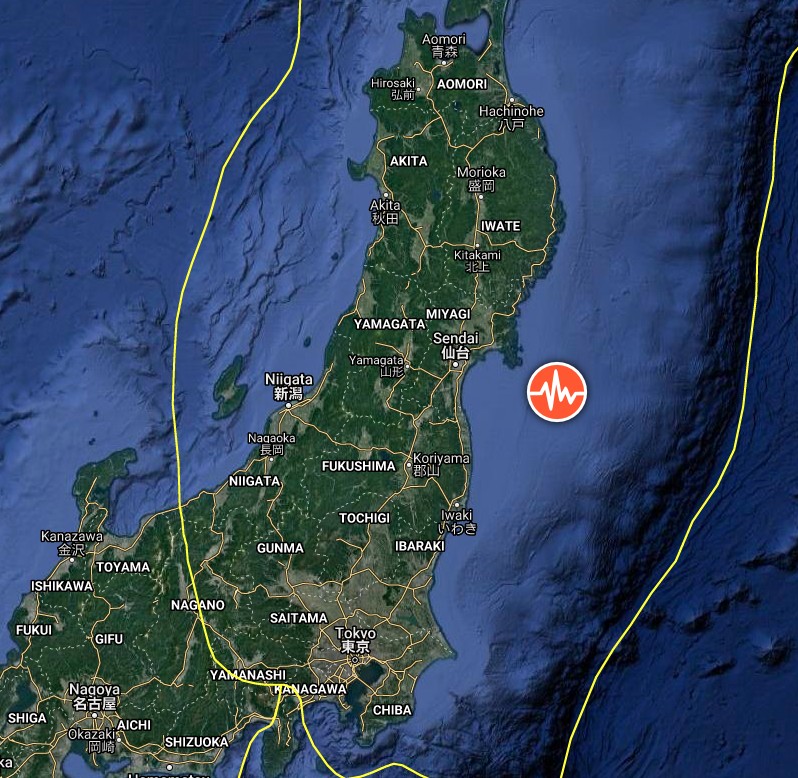 The USGS issued a green alert for shaking-related fatalities – there is a low likelihood of casualties.

A yellow alert was issued for economic losses. Some damage is possible and the impact should be relatively localized. Estimated economic losses are less than 1% of GDP of Japan. Past events with this alert level have required a local or regional level response. 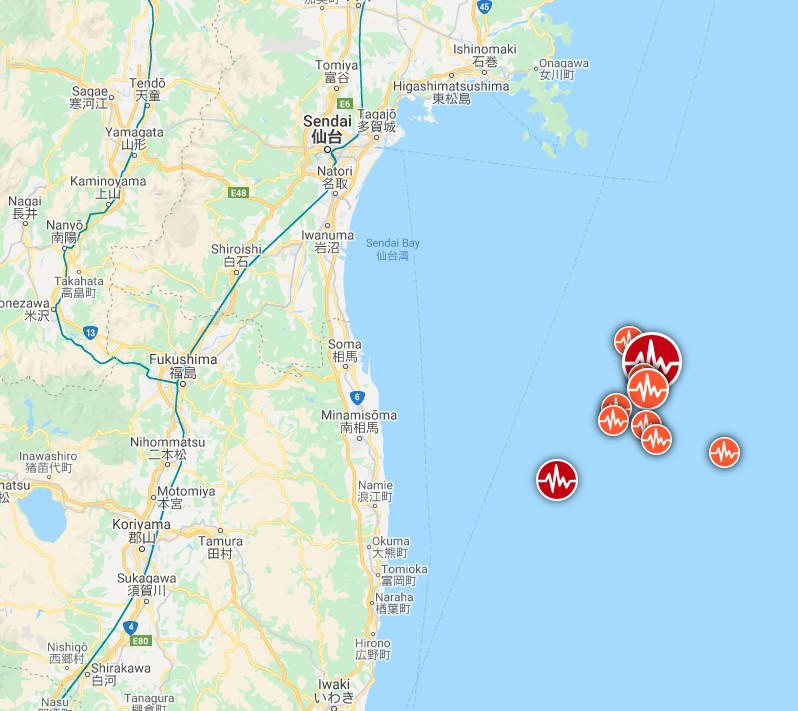 The quake injured at least 150 people and triggered widespread power outages – some 950 000 households, mostly in northeast Japan, including Fukushima and neighboring prefectures. The power has been restored by Sunday afternoon (LT).

The region also suffered drinking water outages. In addition, some bullet trains were suspended, prompting airlines to make series of special flights to connect the cities in the Tohoku region with Tokyo and other major cities.

No major damage has been reported.

A landslide occurred along the Joban Expressway in Soma, Fukushima Prefecture, prompting East Nippon Expressway Co. to close the section between Iwakichuo in the prefecture and Watari in Miyagi Prefecture.

There were no irregularities reported at the Fukushima Daiichi and Daini nuclear plants, the Kahiwazaki-Kariwa and Onagawa.

TEPCO said there was no change in the radiation levels around its plants. Only a small amount of water spilled out from the pools in Fukushima, where nuclear waste is stored.

Prime Minister Yoshihide Suga said that the government had received reports of many injuries but no deaths and urged people to stay alert as aftershocks continue shaking the region. 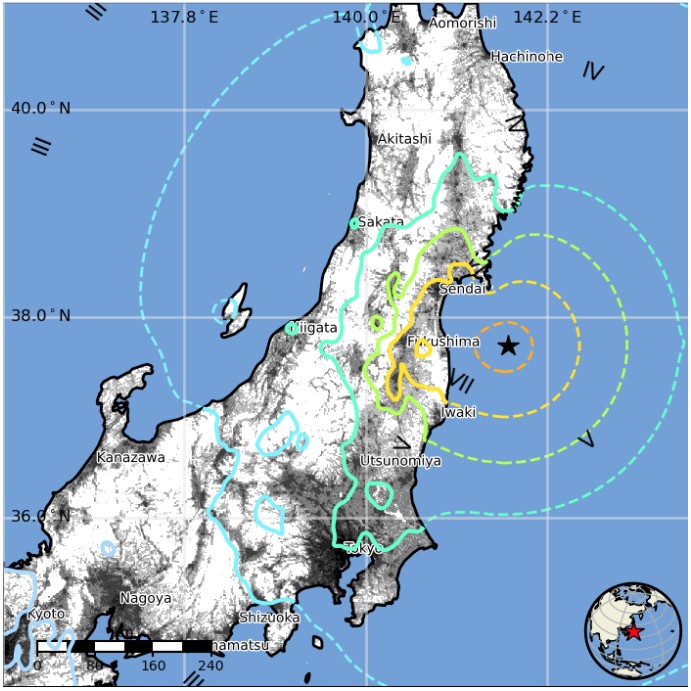 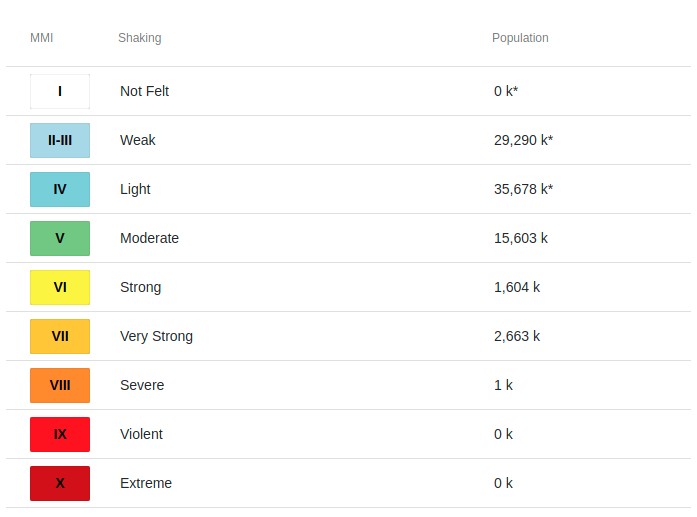 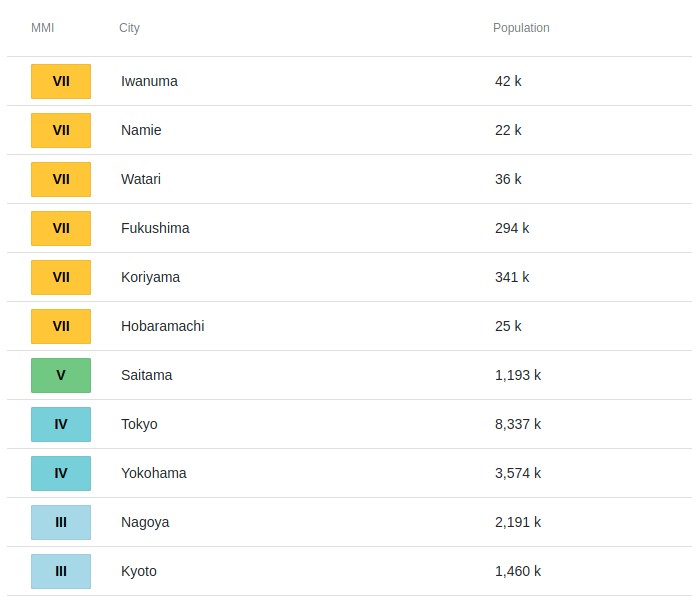 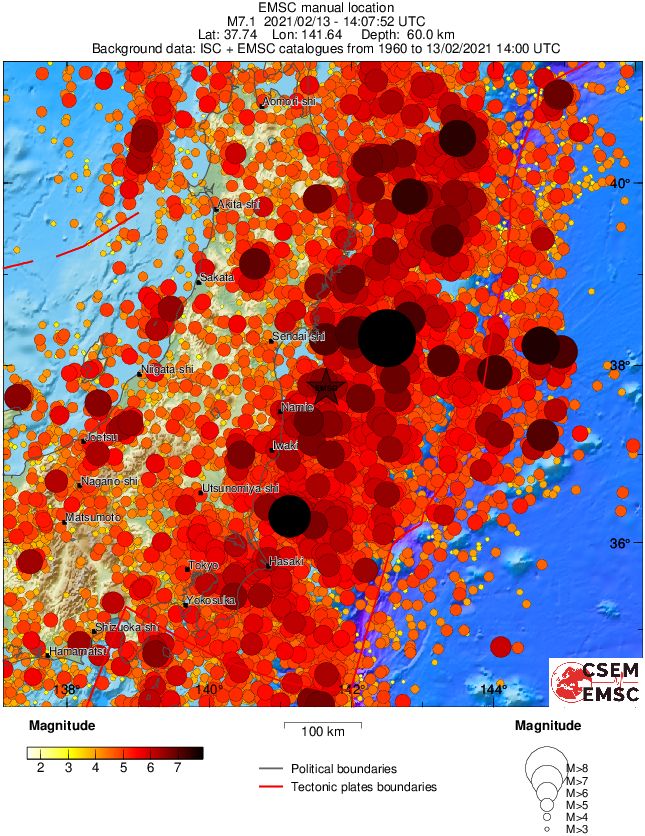