Storm Bella is set to slam parts of the UK with severe gales and flooding rain on Boxing Day through Sunday morning, December 26 to 27. The Met Office has issued several yellow warnings for much of the country, while amber warnings are in place for parts of England and Wales.

Prior to the storm's arrival, heavy snow has fallen in parts of the UK on December 25, with the Met Office declaring it a white Christmas.

While it will be clear and dry for much of the day, showers in the eastern areas of England are likely to bring sleet or snow in the next morning, on Boxing Day.

Storm Bella will then bring further heavy rains and gales of up to 113 km/h (70 mph) in exposed coastal areas.

An Amber warning has been issued for parts of south Wales and across southern England, with gusts expected to reach up to 95 – 110 km/h (60-70 mph) in exposed coastal locations.

In addition to the strong winds, a period of heavy, squally rain will affect western and southern areas.

A Yellow warning for rain has been issued for parts of Scotland, Wales, and much of north and southwest England, particularly where there has already been flooding from recent heavy rain. Combined with strong winds, the rain will lead to some hazardous traveling conditions.

"Conditions will turn very unsettled after Christmas day, with a large area of low pressure sweeping across the UK from Boxing Day. Very strong winds will impact much of England and Wales, with particularly strong gusts on southwest-facing coasts," Deputy Chief Meteorologist Tony Wardle, said.

#StormBella is on the way, with heavy rain and severe gales expected to affect parts of the UK later on #BoxingDay and through Sunday morning.

An Amber warning for wind across parts of the south and southwest has been issued  https://t.co/QwDLMfRBfs

#StormBella heads for the #UK this weekend with heavy rain & severe gales.
The Met Office has issued an AMBER warning for WIND across parts of the south for #BoxingDay & Sunday morning. Chris Fawkes has more pic.twitter.com/Eimp2cmj8a 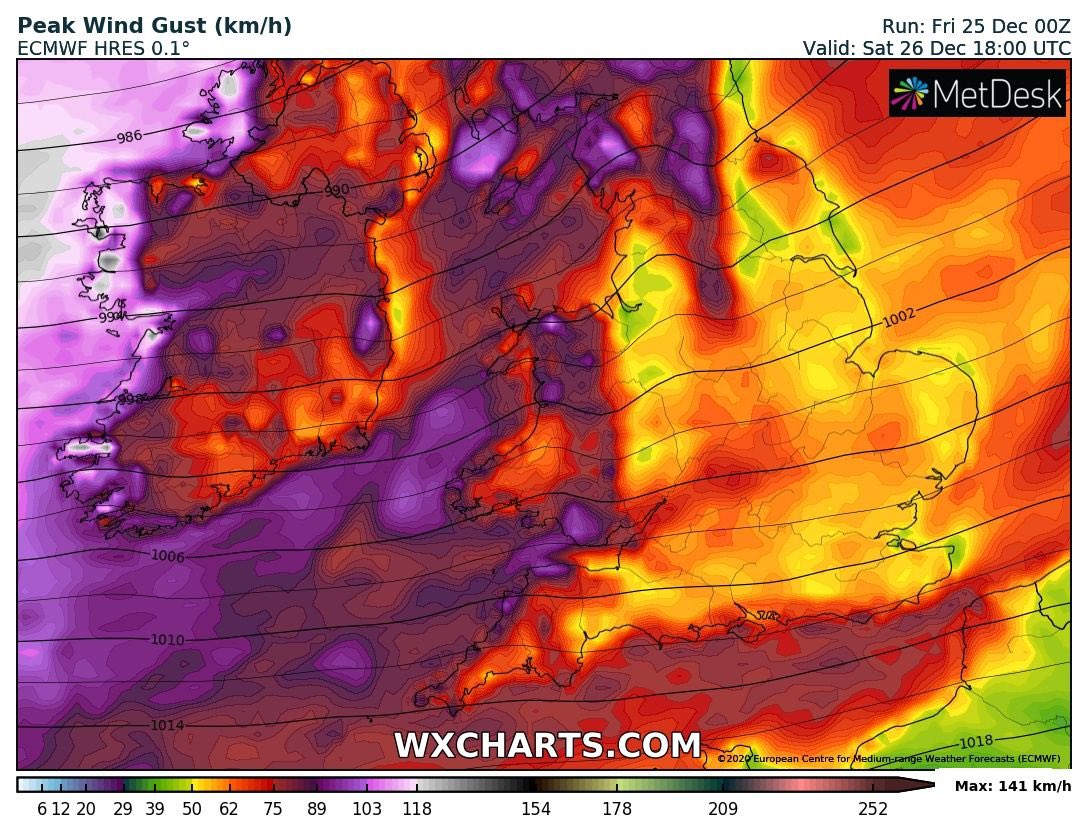 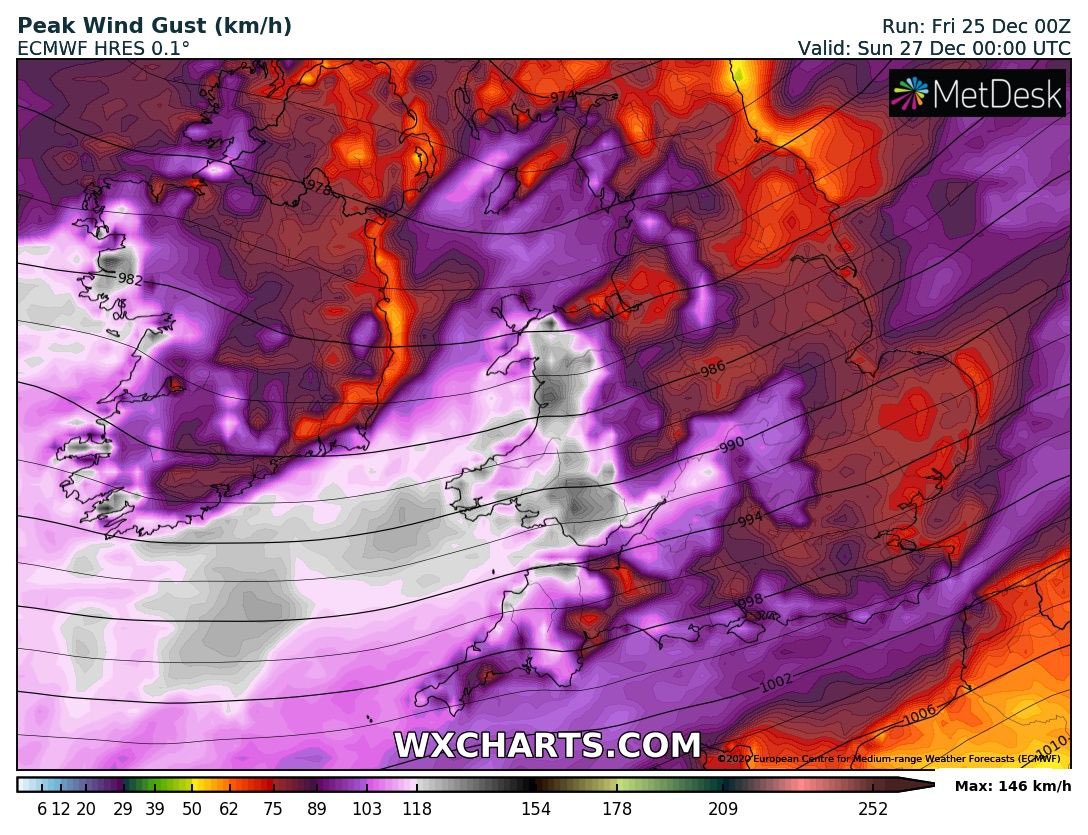 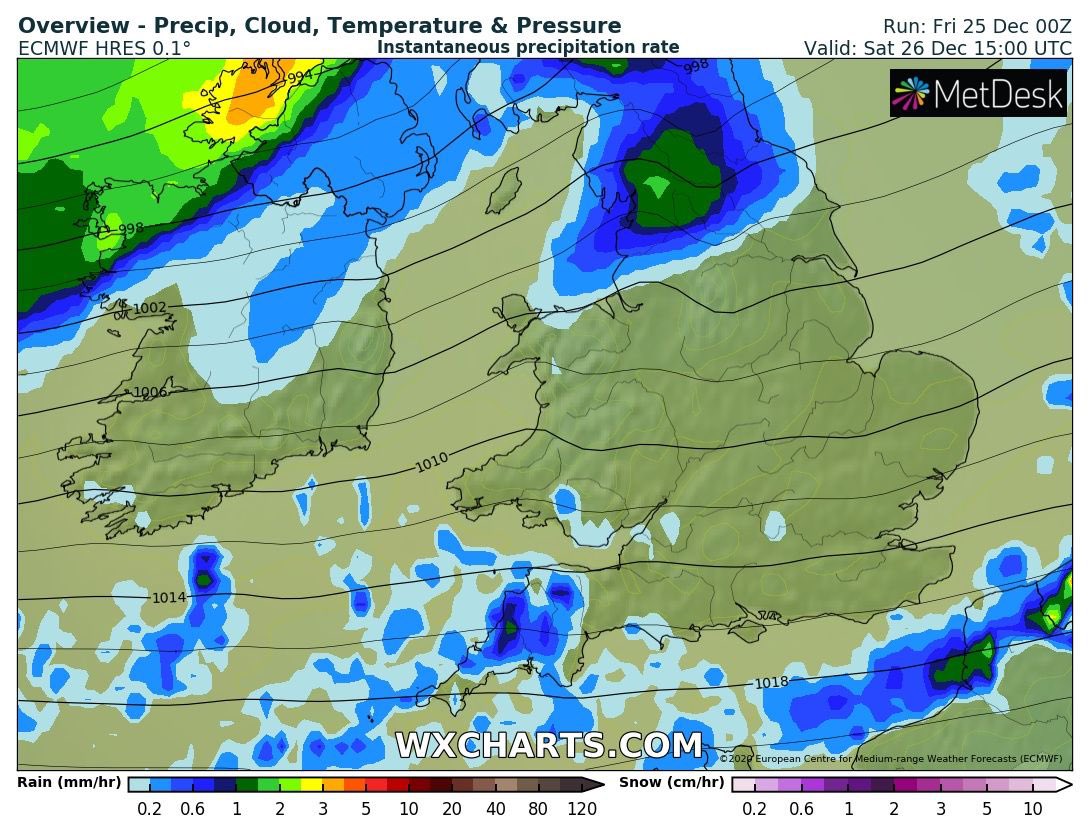 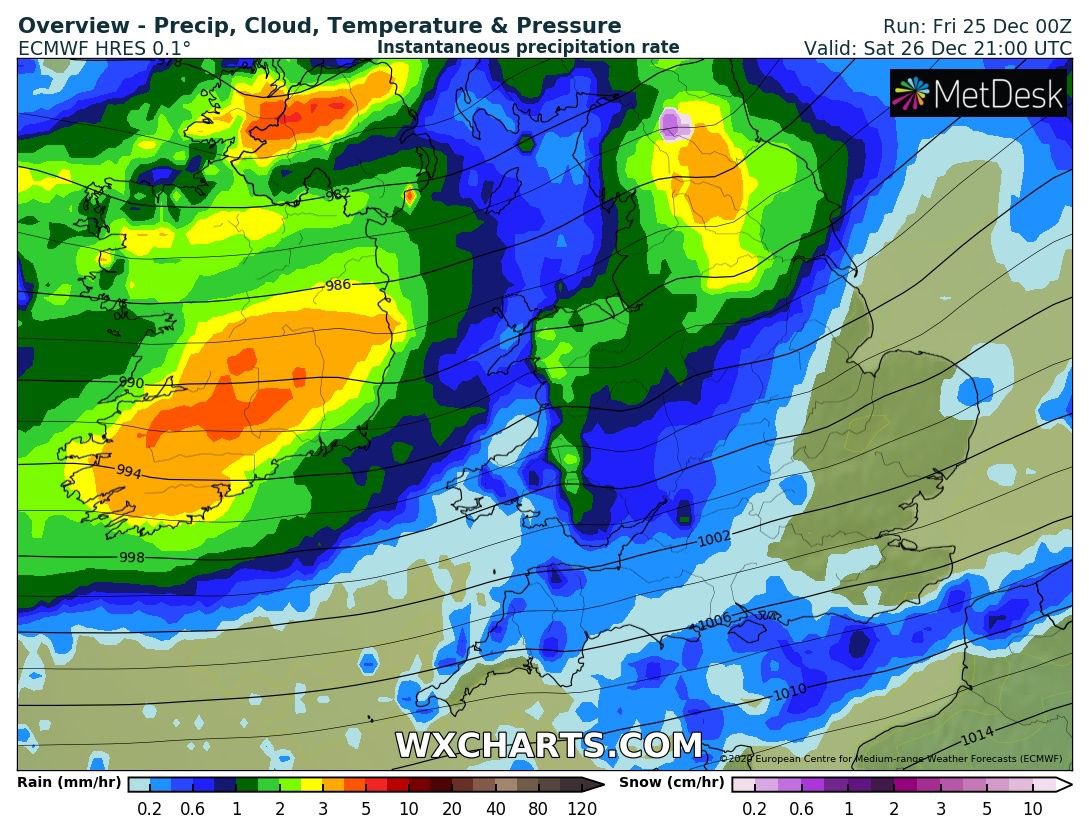 Damage to buildings and homes is possible, and flying debris may lead to injuries or danger to life. Met Office warned that injuries are possible from large waves and beach debris being thrown onto coastal roads and seafronts.

Power outages may also occur, with the potential to affect other services, such as mobile phone coverage.

The strongest winds and heaviest rain will ease from the northwest on Sunday afternoon although conditions will remain blustery with showers in the west and some of these turning to snow in northwest Scotland.

With cold air feeding in from the north, there is a continued chance of wintry precipitation through Monday and Tuesday, particularly over high ground in the north of the UK.