Volcanic activity remains high at the Japanese Nishinoshima volcano, with large lava flows and ash emissions. Nishinoshima is the summit of a massive submarine volcano that has prominent satellitic peaks to the S, W, and NE.

A near-crater warning is in effect since December 16, 2019. The marine exclusion zone was defined as a radius of about 2.6 km (1.6 miles) from the island.

The satellite image below was acquired by Landsat-8 on June 6, 2020, and processed by remote sensing engineer Antonio Vecoli: 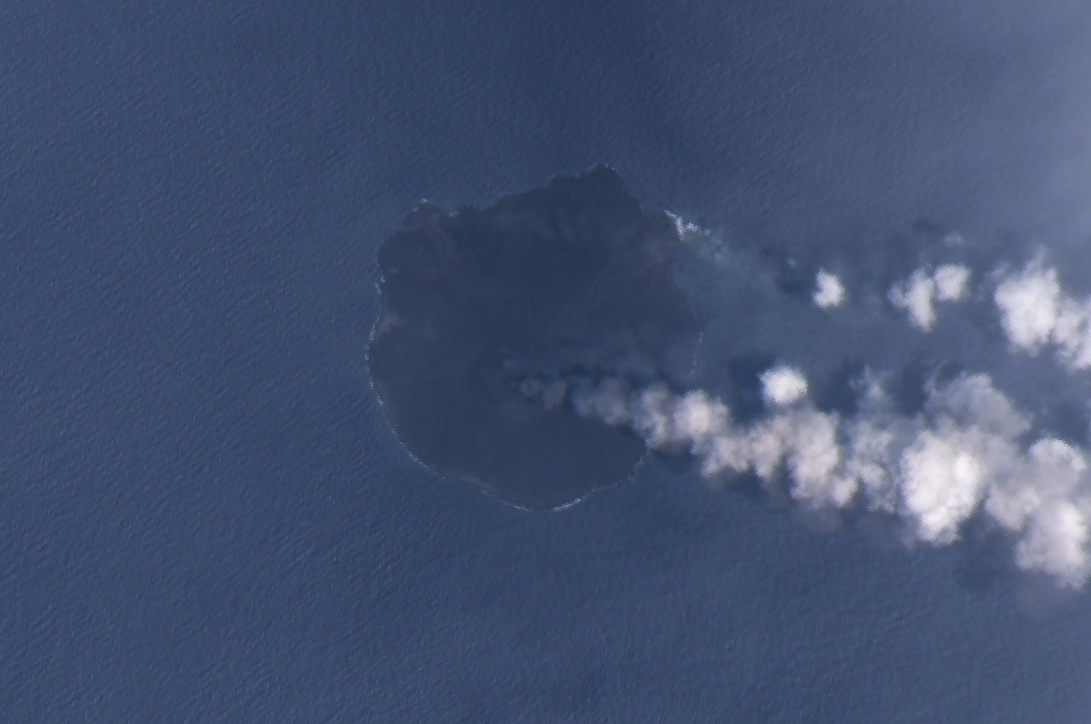 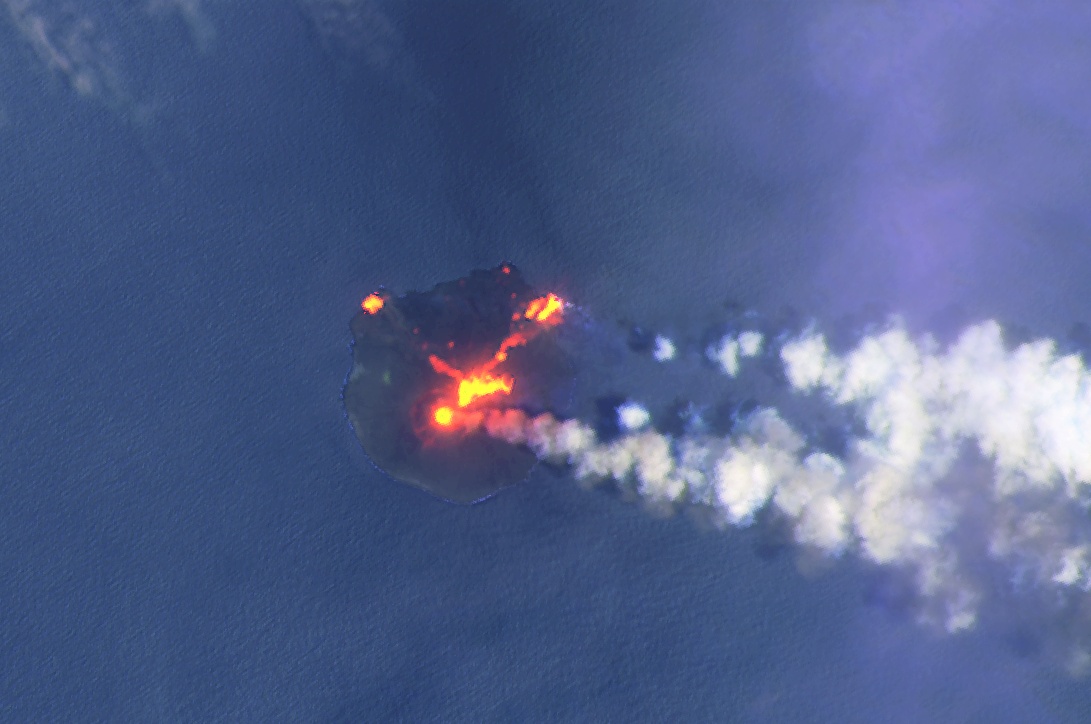 Nishinoshima (meaning 'western island' in Japanese) is a volcanic island located around 940 km (580 miles) SSE of Tokyo. It's a part of the Volcano Islands arc.

Originally the above-water part of the ridge of an underwater caldera, Nishinoshima was enlarged in 1974 after fresh eruptions created a new section of the island. Another eruption that began in November 2013 further enlarged the island and attracted worldwide attention.

A volcanic cone soon formed, raising to an estimated height of 142 m (466 feet) by July 2016. The eruptions ceased by November 2015, but emissions of volcanic gases continued for several months afterward.

Thanks to 3rd Regional Coast Guard Headquarters of the Japan Coast Guard we can see fresh images of the island, cinder cone and lava flows acquired June 7, 2020: 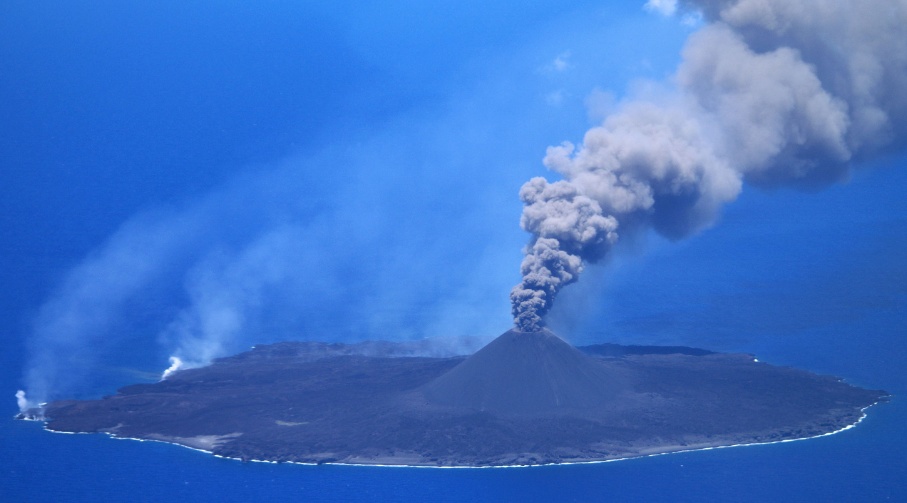 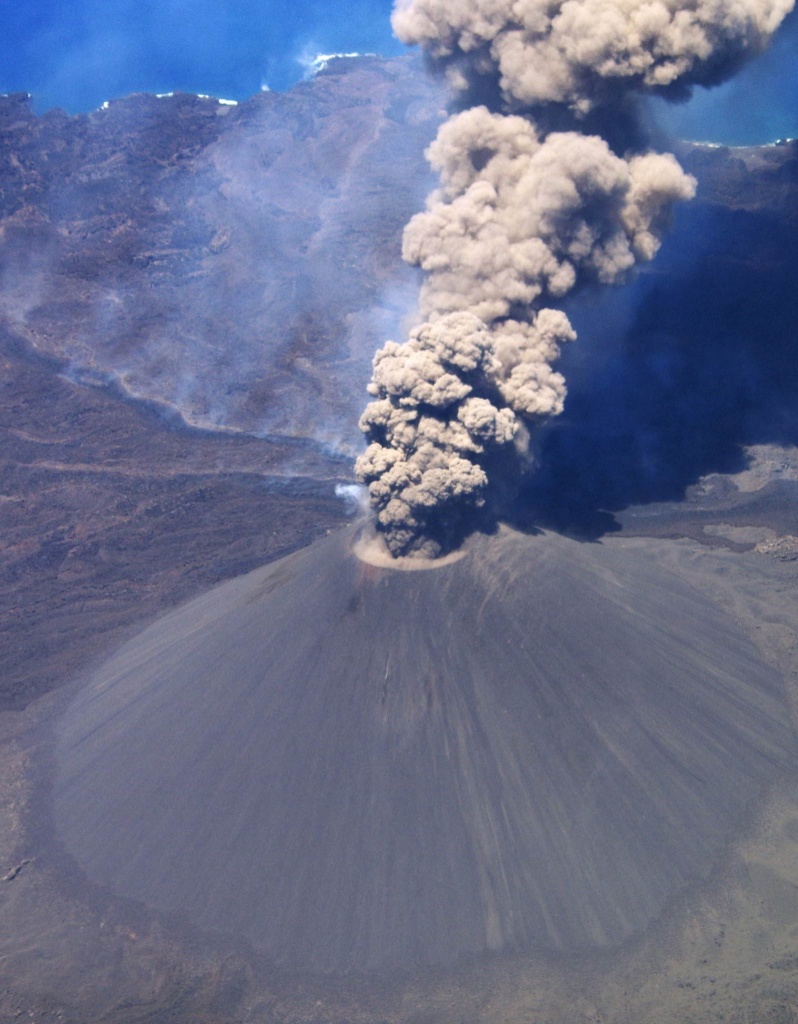 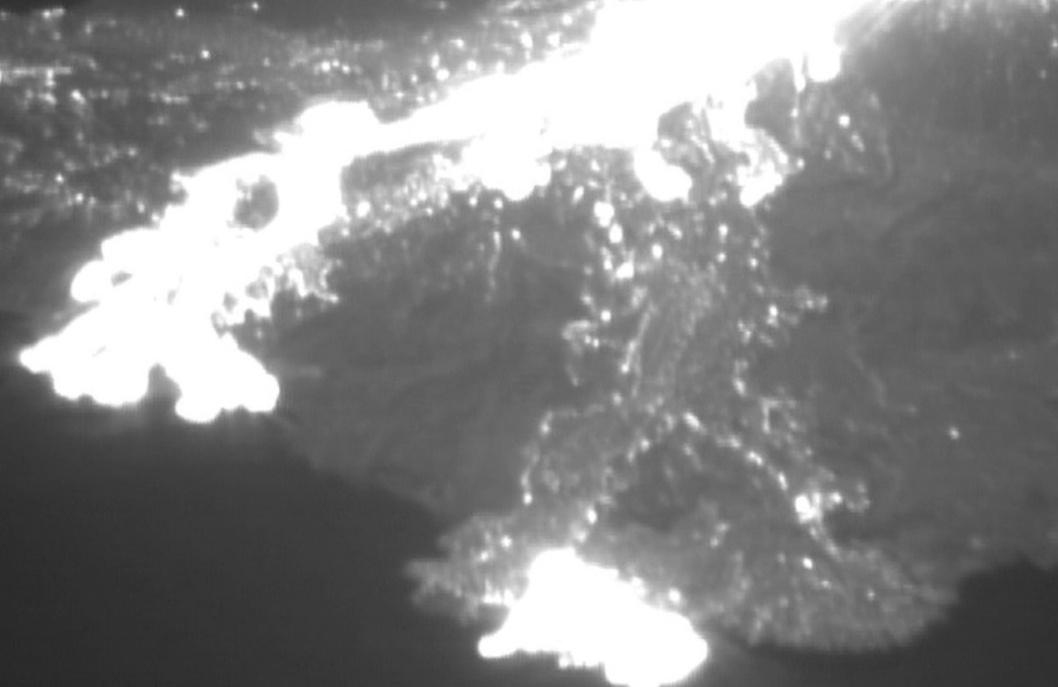