Derechos are very rare for parts of Utah, Wyoming, and Colorado, NWS Storm Prediction Center said. In fact, only two other Derechos are well-documented west of the Rockies — first on May 31, 1994 and the second on June 1, 2020.

The storm produced severe wind reports for nearly 12 hours and tracked northeast at an average pace of 96 km/h (60 mph).

Rare derecho stretching from Utah to the Dakotas today.

A derecho affected the central Rockies and northern Plains on Saturday (6/6/20). Derechos are very rare for parts of UT, WY & CO. In fact, only two other derechos are well-documented west of the Rockies. Interested in learning more about derechos? Visit: https://t.co/Na0e8JB4bc pic.twitter.com/XcUI8j5pQQ

Based on @akrherz’s archive, these are the two largest warning polygons issued by @NWSBoulder by quite a margin #cowx pic.twitter.com/OaxOFJOYTp

Indeed they are. Here’s a Derecho Climatology from SPC. Derechos for the High Plains are rare. #cowx https://t.co/KLOEA2XrPg pic.twitter.com/9Kff0Hqw3r 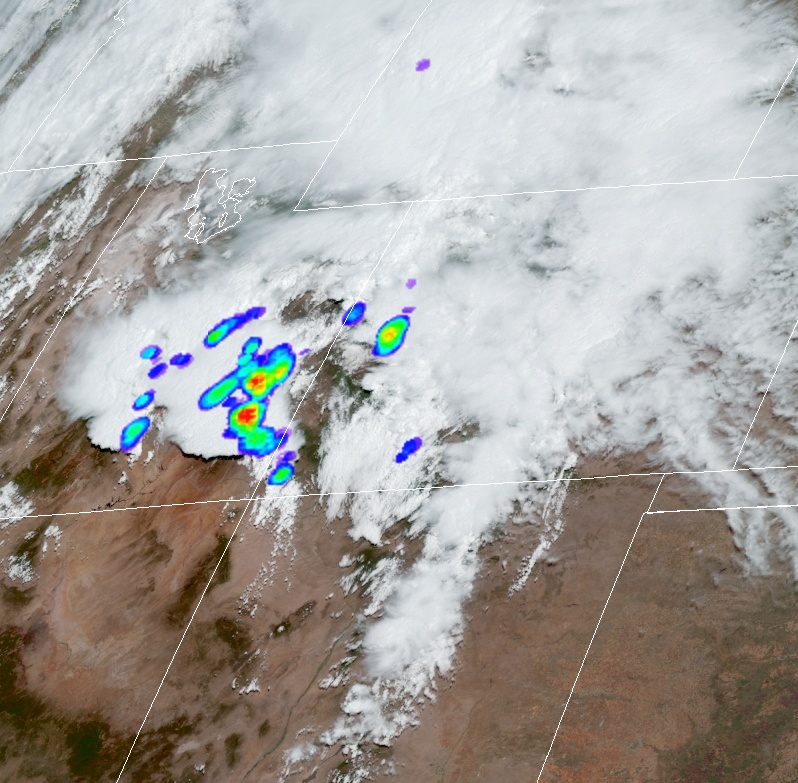 "What appeared to be a fairly typical Colorado afternoon of wind-producing storms Saturday morphed into possibly the most widespread wind-specific thunderstorm event in the state’s recorded history," said Russ Schumacher, Colorado's state climatologist.

"I think it’s fair to say we’ve never had such a widespread damaging thunderstorm wind event in Colorado, at least since reliable records have been collected."