A slow-moving front will focus hazardous weather across the South over the next few days, with a broad threat for flash flooding, and renewed chances of river flooding across the Southeast, NWS warns. Severe thunderstorms are possible each day, progressing from parts of Texas eastward across the Gulf Coast. Critical fire weather concerns are forecast across Deep South Texas and Central High Plains.

An evolving storm system over Mexico and Texas tapping into both subtropical Pacific and Gulf of Mexico moisture will generate areas of showers and thunderstorms from west Texas to the Southeast, NWS forecaster Mullinax noted March 4, 2020.

As thunderstorms blossom over the Deep South this morning, the potential for flash flooding and severe storms will also increase into this afternoon. As a result, both the WPC and SPC have issued slight risk areas across portions of the Gulf Coast states.

The storm will track east along of a stalled frontal boundary draped over the Gulf Coast Wednesday night (LT), March 4, forcing heavy showers and thunderstorms to move into the Southeast overnight and into Thursday. In response, Slight Risks for severe weather and excessive rainfall have been posted for portions of the Carolinas, Georgia, and northern Florida.

By Thursday night, March 5, precipitation associated with this storm will begin to wind down across the South with only a few thunderstorms passing through southern Florida by Friday morning. The heaviest rainfall totals from this system will be found over southern Alabama and Georgia where rainfall totals of 75 to 130 mm (3 to 5 inches) are forecast through Thursday night. 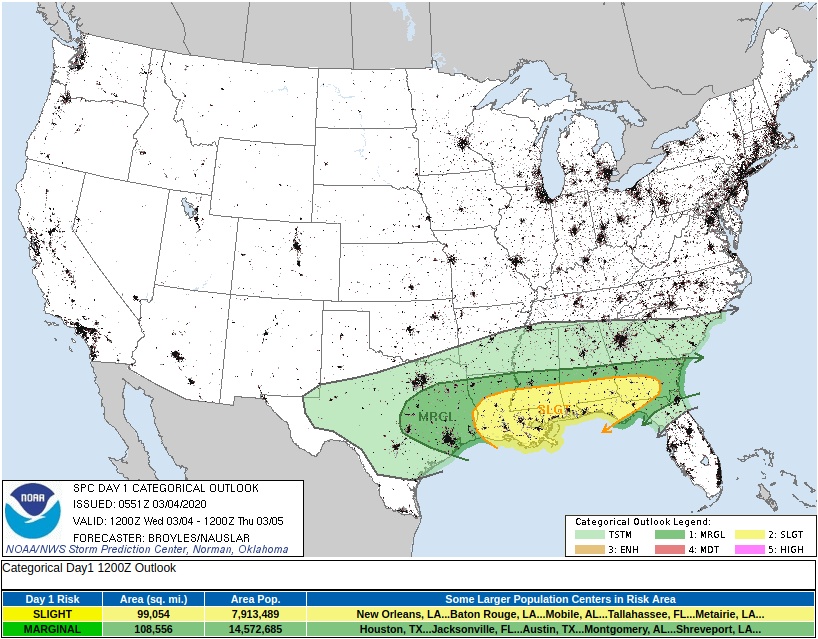 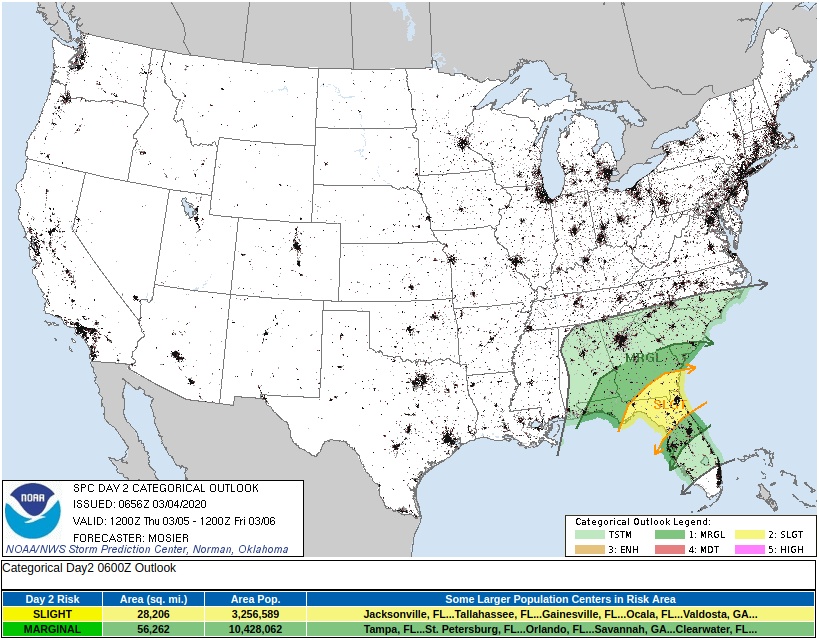