Strombolian-type explosions continued at Fuego volcano, Guatemala into Tuesday, February 4, 2020. The eruptions ranged around five to 10 per hour, producing a gray ash plume that reached roughly 4 500 to 4 700 m (up to 15 000 feet) above sea level and drifted west and southwest.

According to the country's National Institute for Seismology, Vulcanology, Meteorology, and Hydrology (INSIVUMEH), the volcano emitted incandescence material to a height of approximately 100 to 300 m (328 to 984 feet) above the crater.

In addition, lava flows on the Seca Canyon continue to be active. 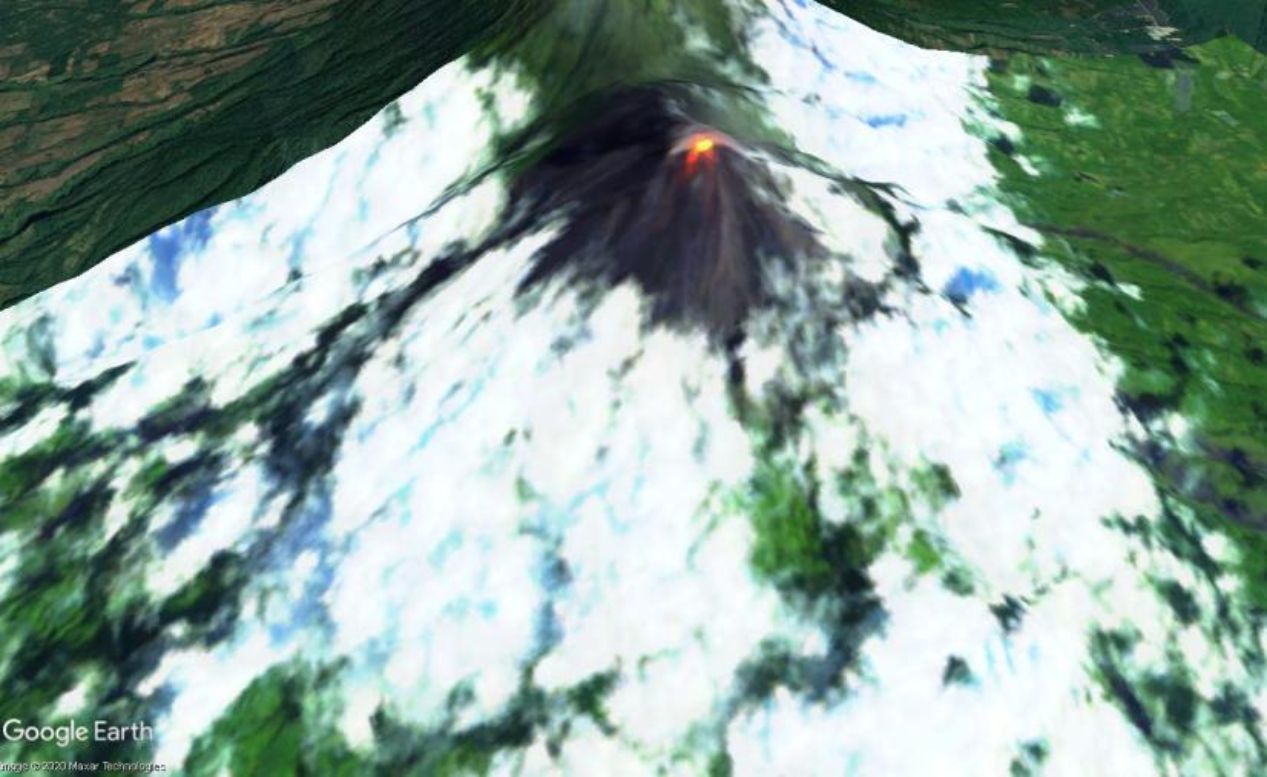 The growth of the modern Fuego volcano followed, continuing the southward migration of volcanism that began at Acatenango. In contrast to the mostly andesitic Acatenango, eruptions at Fuego have become more mafic with time, and most historical activity has produced basaltic rocks. Frequent vigorous historical eruptions have been recorded since the onset of the Spanish era in 1524, and have produced major ashfalls, along with occasional pyroclastic flows and lava flows. (GVP)