A nearly stationary monsoonal low close to the Gulf of Carpentaria is driving very humid air toward Queensland, with heaviest rains in the state's northeast and tropical coast. The Bureau of Meteorology (BOM) has issued several flood warnings on Tuesday, January 28, 2020, as rains inundated streets and prompted school closures. The rains have finally ended months of dry conditions across the state.

Widespread monsoonal rains hit most of the north, central, and western Queensland over the past weekend, with flood warnings issued for a number of rivers.

According to BOM, a major flood warning is in place for the Flinders River, and moderate warnings for the rivers Norman, Paroo, Thomson, Barcoo, and Cooper Creek.

Furthermore, a severe weather warning for heavy rain and flash flooding is also in effect across the Gulf County. A severe thunderstorm warning with flash flooding is in place for the Herbert and Lower Burdekin region.

"Severe thunderstorms are likely to produce intense rainfall that may lead to dangerous and life-threatening flash flooding," BOM said.

Due to the heavy downpour, streets were inundated in Burdekin, cutting traffic to several roads and key highways. In addition, a number of schools closed on the supposed first day of classes for this year.

On Monday, January 27, more than 100 mm (4 inches) of rain fell on Townsville and Gregory Downs in south Burketown.

Meanwhile, Rita Island registered 529 mm (21 inches) of rain in 24 hours, which is equivalent to more than three months of the area's average January rain in one day.

Plantation Creek on the Bruce Highway at Ayr. Still rising after last night's massive rainfall in the Burdekin. #qldpol pic.twitter.com/H13FNyyvZ8

#WATCH: Over 350 ml of rain has fallen within 24 hours in Ayr causing flash flooding, cutting highways and various road across Central Queensland. More heavy rain is expected to fall in the coming days. #9News pic.twitter.com/IgTz0GU6eq

Townsville mayor Jenny Hill said the weather is "acting like a typical wet season" where residents see downpours with significant breaks in between.

A 63-year-old man had to be rescued by the police in the town on Tuesday after getting stuck in his car at Giru.

Meanwhile, Rita Island registered 529 mm (21 inches) of rain in 24 hours, which is equivalent to more than three months of the area's average January rain in one day.

Tonight large parts of North Queensland are soaked, roads are blocked and suburbs are swamped, the good news is a lot of rain has landed where it's most needed. @Chris_Campey has the latest from Longreach. pic.twitter.com/IgstsJ2fmP

"We have a monsoonal low close to the Gulf of Carpentaria; it’s near stationary and is driving this very humid north-westerly that’s pumping in the moisture," said Sky News Weather channel meteorologist Tom Saunders.

"The heaviest falls are in northeast Queensland and the Queensland tropical coast."

Saunders added that the deluge is likely to continue until Friday, January 31, in northern Queensland– with heavier rain yet to fall on top of the torrential rain that has already drenched the region. 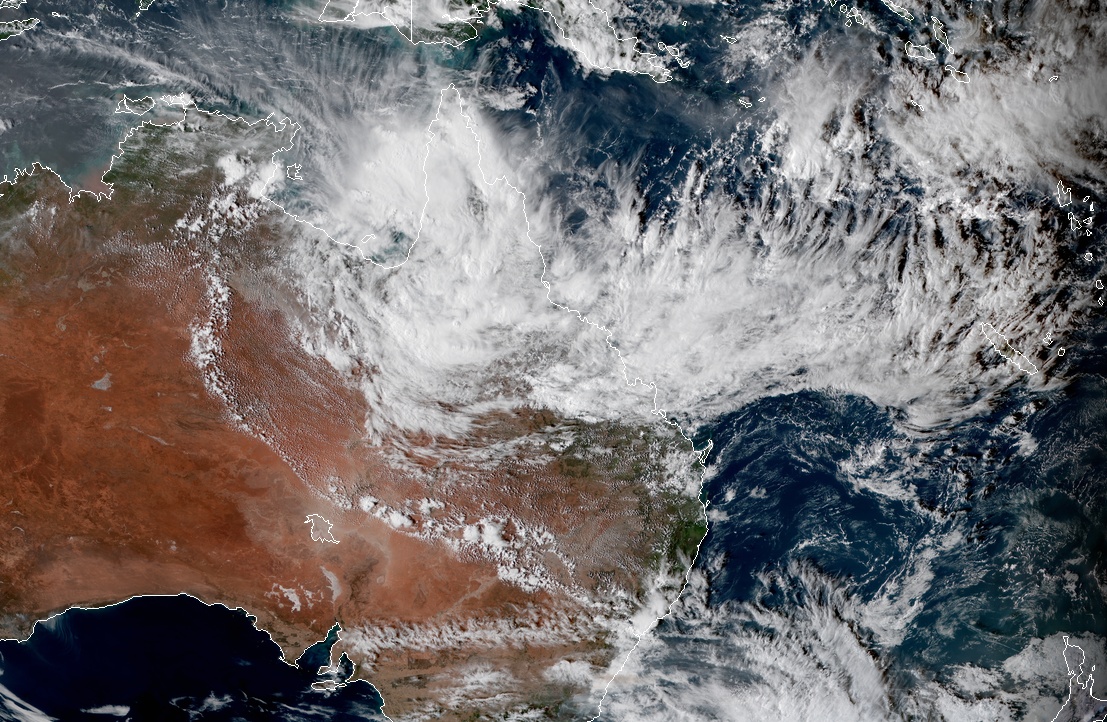