Houses, cars, properties, and buildings were severely hit by hails up to 5 cm (2 inches) wide, and among the worst-affected institutions were the CSIRO, with huge holes seen in the roofs of dozens of its glasshouses where experiments had been underway for over two years.

According to chief operating officer Judi Zielke, about 65 of CSIRO's glasshouses were affected, destroying decades of hard work. Fortunately, "none of our staff were hurt," said Zielke.

"Those 65 glasshouses, of course, held a lot of research and we’re really feeling for our scientists at the moment that are so dedicated to their work and have spent years working on some of the projects in there."

"Unfortunately, most of those projects will be totally lost."

The majority of the work being conducted at the institute was "largely focused on environmental research– how to reduce the amount of water, chemical and fertilizer use." Researchers had been growing wheat, barley, legumes, and cotton in the glasshouses.

"For projects that potentially might have been close to the end of, say, two or three years work, that is really distressing." 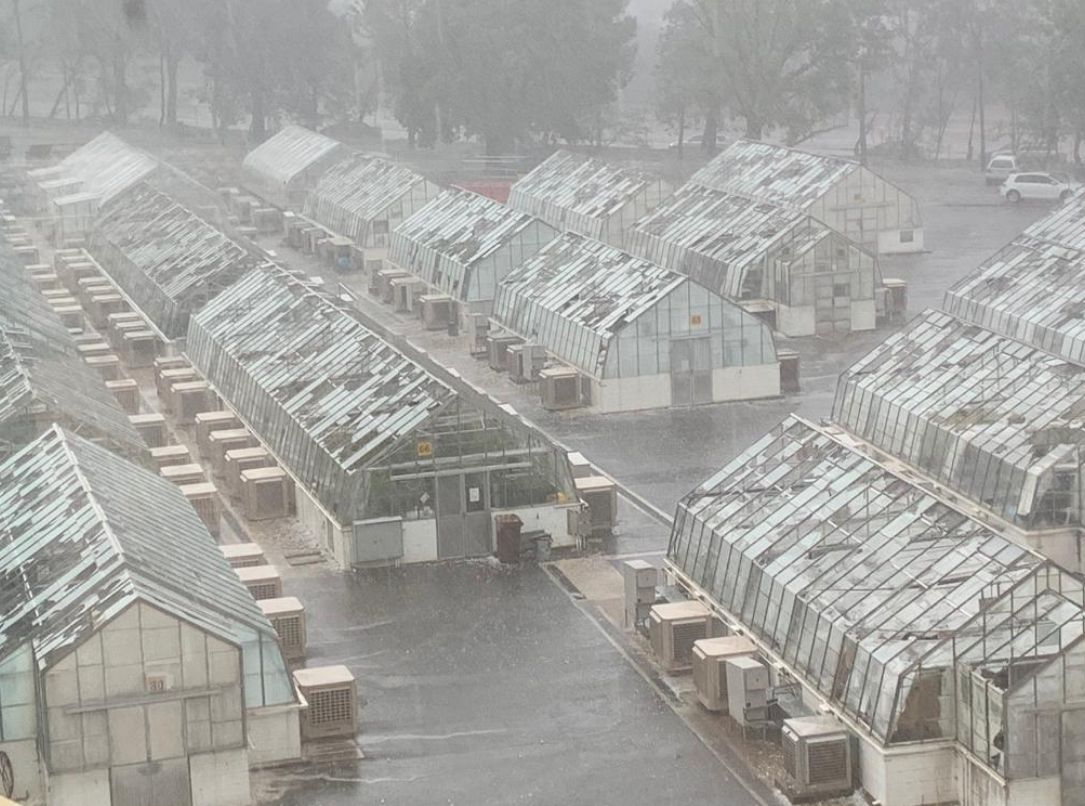 Despite the massive loss, Zielke said she is sure that the institute will overcome the tragedy and continue to improve their work as they move forward. "But it is a great loss, and of course, not just to CSIRO but also the companies and farmers involved in those projects."

"At the moment we're still largely focused on assessing the damage. We don't truly know what it is that we've got to work with."

National institutions including the National Museum of Australia and the Royal Botanic Gardens were closed on Tuesday, January 21, due to damage inflicted by the storm.

The devastating storm disrupted power to over 1 000 homes across the territory, with emergency services attending to over 1 900 calls for help.

Campbell Fuller from the Insurance Council of Australia said the storm had been declared a 'catastrophe' and confirmed nearly 11 000 claims had been lodged in the ACT and Queanbeyan by early Tuesday.

CSIRO Black Mountain. But looks like they may have missed the worst of the storm or this photo was taken early during 'the event'  pic.twitter.com/HufqwVbF80

Hail damage outside Old Parliament House. Sheltered from hail storm in a tennis shed outside OPH with a couple of doz kids. Never had seen “hailstones as big a golf balls” b4. Lots of cars damaged, inc mine, just glad the grandson & I weren’t in it @Elias_Hallaj @MoAD_Canberra pic.twitter.com/rOFUiB4ZmT

I'm sitting at home writing about tipping points in climate change and how our economic models don't fully capture the risk of extreme changes in weather when a hail storm like I have never seen before hits Canberra … Balls of ice larger than golf balls. pic.twitter.com/CY2zX3Rj91

Just started celebrating the clean air in #Canberra when we get hit by quite the hail storm!  pic.twitter.com/KFEEdUIvpx