A violent cloudburst hit Nahariya, Israel on Wednesday, January 8, 2020, leading to widespread flooding in which one person lost its life. This was the second severe storm within a week, following the first one on January 4 that claimed four lives in Tel Aviv, Haifa, and Givat Nili.

According to the police, a man was carried away by floodwaters after attempting to rescue passengers of an overturned vehicle. His body was retrieved later on by emergency services. None of the passengers sustained major injuries, the police added.

Nahariya saw extensive flooding on Wednesday that tractors and military vehicles were used to help transport residents across streets submerged in waters.

Around 100 students were trapped at an elementary school, according to local news. "They told us that it was possible to come pick up [the kids] but there is no way for us to get to the school," a mother of one of the trapped students said. Military vehicles had come to rescue the students.

Dozens of dogs were also rescued from an animal shelter in the city.

The Education Ministry canceled classes for Thursday in Nahariya and some nearby cities and regional councils.

Nahariya mayor Ronen Marley remarked that preparations for the storm were taken prior to the devastating event, but the Ga'aton River that runs along the city's major street was not able to absorb all rain, leading to its swelling.

"The city is cut off. There is a natural disaster here and the river can't hold all this water," Marley said, adding that it is the government's responsibility to solve such a problem. 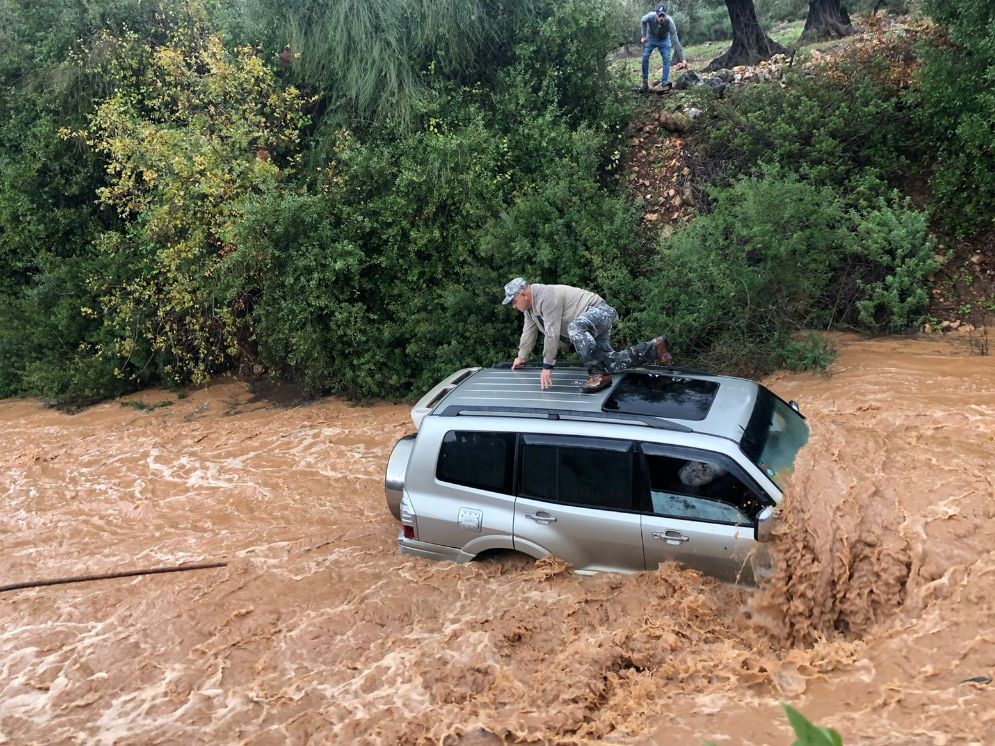 "MDA teams are on their way to help people, some of whom are suffering from shortness of breath and anxiety."

Authorities advised residents to stay indoors as much as possible until the storm is over. The Israel Airports Authority also advised travelers to be prepared for possible delays due to the storm.

The railroad in the Haifa Center Hashoma railway station area was inundated after a 50 mm (2 inches) cloudburst that hit the area in less than two hours.

The Fire Service warned people to avoid subterranean parking lots in event of floods and refrain from using elevators below ground level. On January 4, a couple died after being trapped in a flooded elevator in Tel Aviv. The city received 20% of its annual rainfall in just two hours on the same day.

According to forecasts, high winds are expected to calm on Friday, January 10, and rain to gradually stop on Saturday, January 11.

UH EMS teams aided children in Nahariya to get home from kindergartens after the city's streets were flooded by rainfall. Volujteers aided other stranded citizens throughout the city . So far no injuries have been reported due to the rain. pic.twitter.com/rcIeqyNoL3