Although Lekima passed well north of Philippines and it didn't directly affect the country, it enhanced the southwest monsoon which caused heavy rain to the nation and sank three boats in Guimaras Strait, killing 31 people and leaving 3 missing.

According to the JTWC, Lekima will continue on its current NW track and pass just north of Taiwan near 09:00 UTC on August 9 before turning more poleward.

The favorable conditions will fuel gradual to rapid intensification to a peak of 230 km/h (140 mph) by the time it nears Taiwan. Afterward, increasing vertical wind shear and land interaction will weaken it to 185 km/h (115 mph) by 09:00 UTC on August 10 as it approaches the Chinese coast. 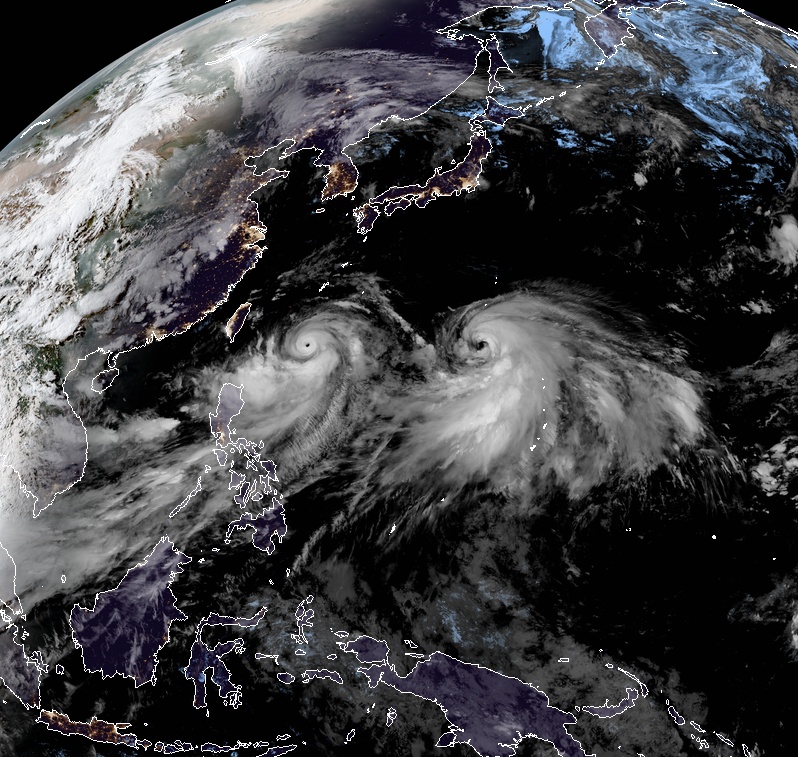 Another dangerous tropical cyclone – currently Tropical Storm "Krosa" is located to the east of Lekima.

Krosa is expected to take a different track and move toward Japan. Although not strong enough as Lekima, Krosa could approach and make landfall over Japan by August 15.