Typhoon "Trami," known as Paeng in the Philippines, was located about 824 km (512 miles) SSE of Okinawa at 06:00 UTC today, and its current forecast track takes it over Kyushu Islands and into mainland Japan over the next several days.

Animated multispectral satellite imagery shows the system continued to weaken over the past six hours, albeit at a slower rate, as evidenced by warming cloud tops and unraveling feeder bands. However, the system has maintained a well-defined 57 km (35 miles) eye. 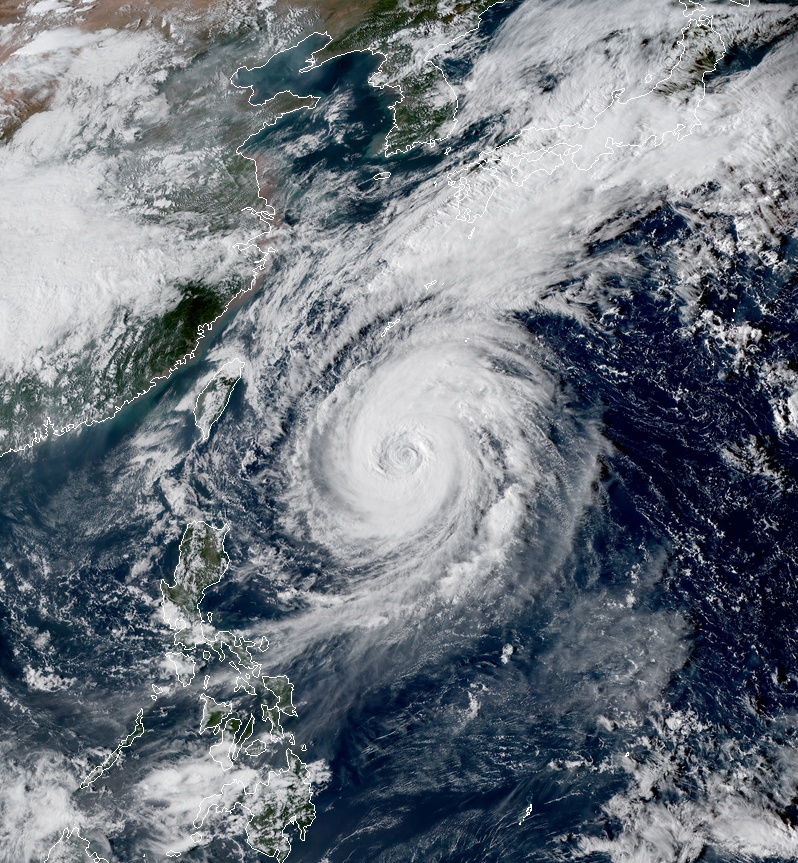 Trami is forecast to continue its slow northward drift due to the weak steering environment and continue weakening in the near term to about 185 km/h (115 mph). However, the cyclone will move away from its cold wake after 18:00 UTC on September 27, and enter a region favorable for its secondary intensification phase, to a peak of 195 km/h (120 mph).

Shortly after 06:00 UTC on September 29, Trami is forecast to recurve and accelerate northeastward toward mainland Japan, reaching the northwest coast of Honshu by October 1. Interaction with the Japanese islands will gradually and then rapidly erode the system. Concurrently, the cyclone will begin its extra-tropical transition and by 06:00 UTC, October 1 become a strang storm-force cold core low with an expanding wind field.

Residents of Okinawa, Amami, Tokara and Osumi should prepare for damaging winds, torrential rainfall and the potential for prolonged power outages beginning as early as Friday, September 28, AccuWeather senior meteorologist Eric Leister said. "In fact, the potential exists for Trami to make landfall in Tokara and Osumi as the storm races northeastward late in the weekend."

"This northeast movement also threaten the mainland of Japan with a direct hit from late Sunday into Monday. At this time, all locations in Japan are at risk for impacts from Trami as the storm rapidly accelerates northward. Despite weakening and moving quickly, Trami will be capable of producing damaging winds, flash flooding, mudslides and widespread travel disruption across Japan," Leister said.