Subtropical Depression "Ernesto" formed over the Central Atlantic Ocean on August 15 and strengthened into a tropical storm by 21:00 UTC on August 16.

Ernesto's current NHC track takes it toward Ireland and the United Kingdom on August 18.

The main threat will be strong winds.

This is the first tropical system of the year heading toward Ireland and UK.

Numerous homes were flooded and some villages cut off due to floods.

Authorities warned northern provinces to be vigilant to possible landslides and flash floods. 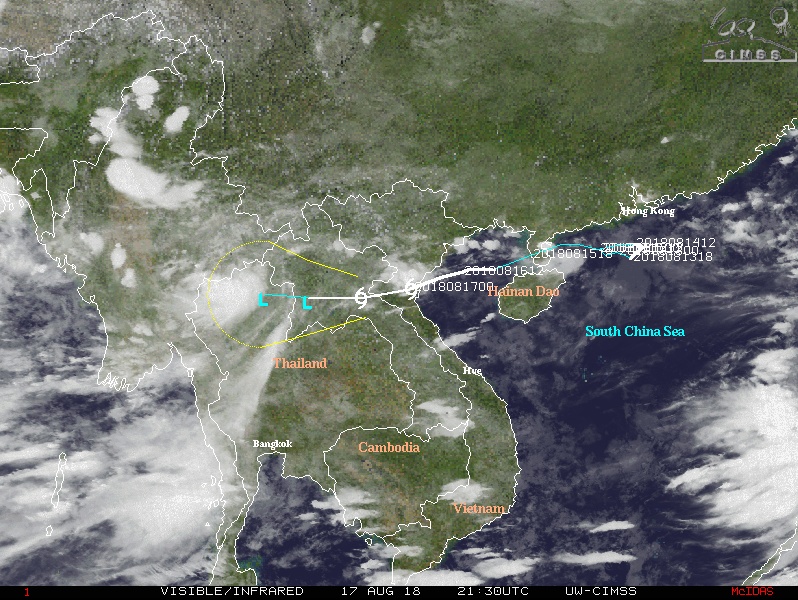 Over the next 48 hours, it is forecast to continue moving north-northwest towards Osumi islands and southern Kyushu island, Japan, while strengthening. 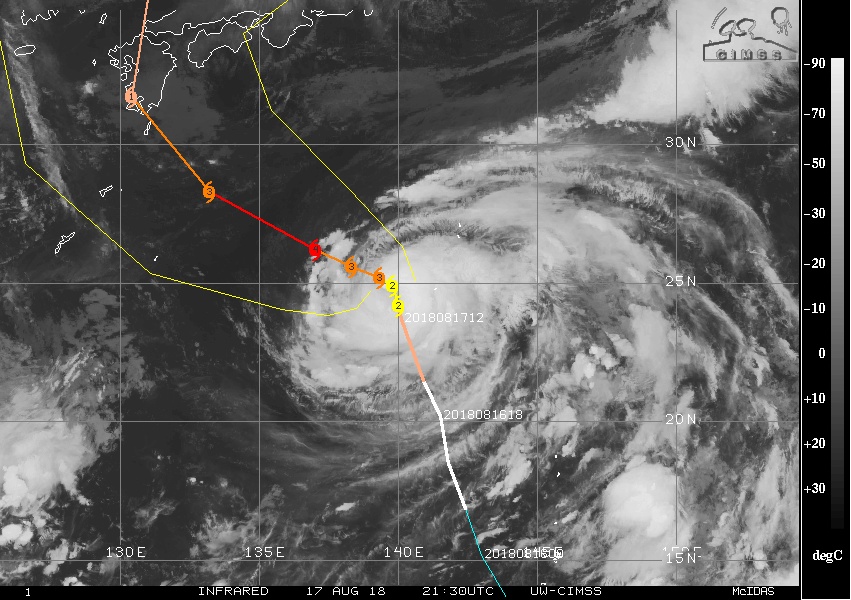 Some tabloids and YouTube channels are spreading fake news these days about M5.2 earthquake rocking the Italian city of Napoli and saying this is the reason why Vesuvius is about to erupt. The quake in question is August 16 M5.3, located some 124 km (77 miles) NNE of the city and the volcano. If anything, reports about this quake should be focused on nearby cities and much closer Amatrice.

Meanwhile, a small earthquake registered by the EMSC as M2.2 hit the volcano at a depth of 1 km (0.62 miles). 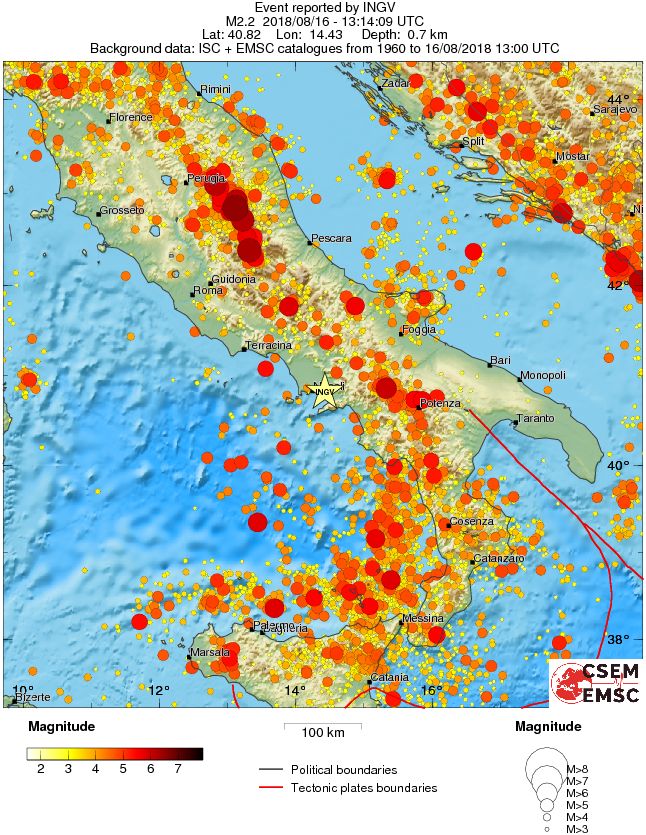 Mount Vesuvius is one of the most dangerous volcanoes in the world as millions of people live close to its crater.

This volcano last erupted in 1944, but its eruption cycle is about 20 years.

You can read more about it here. 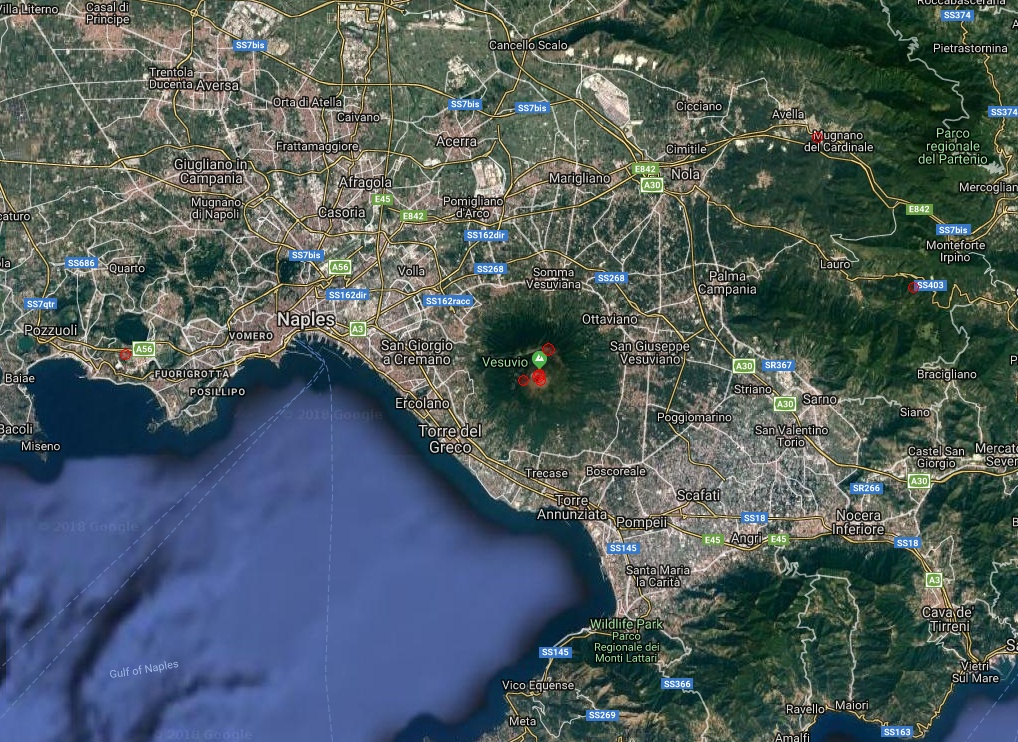 Earthquake swarms were detected in Icelandic subglacial volcanoes Bárðarbunga and Torfajökull on August 16. Seismic activity is very common in Bárðarbunga, and while Torfajökull does not tremble as frequently as Bárðarbunga it is known for regular tremors, Iceland Magazine reported

The two earthquake swarms included three significant magnitude 3+ quakes. According to the Seismic Monitoring System of the Icelandic Meteorological office the first quake, a 3.5 magnitude tremor in the caldera of Bárðarbunga volcano at a depth of 2.9 km (1.8 mi) hit at 15:05 in the afternoon. This one tremor was not followed by any aftershocks, but an hour later a powerful earthquake swarm hit Torfajökull volcano, north of Mýrdalsjökull glacier in the southern Central Highlands.

The rain is expected to continue in parts of the country on August 18. Meteoalarm issued a yellow alert for Alicante, Cadiz, Ibiza y Formentera, Menorca, Valencia, Barcelona, Girona, Mallorca, and Tarragona.

Snowing in Hokkaido, 4 days earlier than the previous record

It was snowing on the mountains of Hokkaido today, at an altitude of 1.9 m (6.2 feet) in the Daisetsuzan mountain range.

According to the Japan Times, this is the earliest snowfall since records began being kept in 1974, coming four days earlier than the previous mark of August 21 in 2002.

Activity at the volcano remains intense.

Volcano Discovery Indonesia reported around 70 explosions per day during their recent expedition.

"Activity of explosions remains continuous with now around 70 times a day and going down with long interval of explosions. Activity is more explosive with more viscous lava erupted."

Children particularly affected by the Ebola outbreak in the DRC

Children represent an unusually high proportion of people affected by the ongoing Ebola outbreak in the eastern Democratic Republic of the Congo (DRC), UNICEF said today.

Two children have already died from the disease. The Ebola treatment centers in Beni and Mangina are currently treating six children that are infected by the disease or suspected to be. UNICEF has identified 53 orphaned children who have lost their parents to Ebola.

The quake had no tsunami potential, BMKG said.

Hurricane "Lane," the 12th named storm of the 2018 Pacific typhoon season is rapidly strengthening and this phase is expected to continue for the next 24 hours. Lane is expected to become a major hurricane today and pass south of Hawaii on August 21/22.

A very bright fireball, at least 40 times as bright as the Full Moon, streaked across the night sky over the U.S. Southeast at 05:19 UTC (12:19 CDT) on August 17, 2018. The event lasted several seconds and was followed by a sonic boom.

This earthquake can have a low humanitarian impact based on the magnitude and the affected population and their vulnerability. 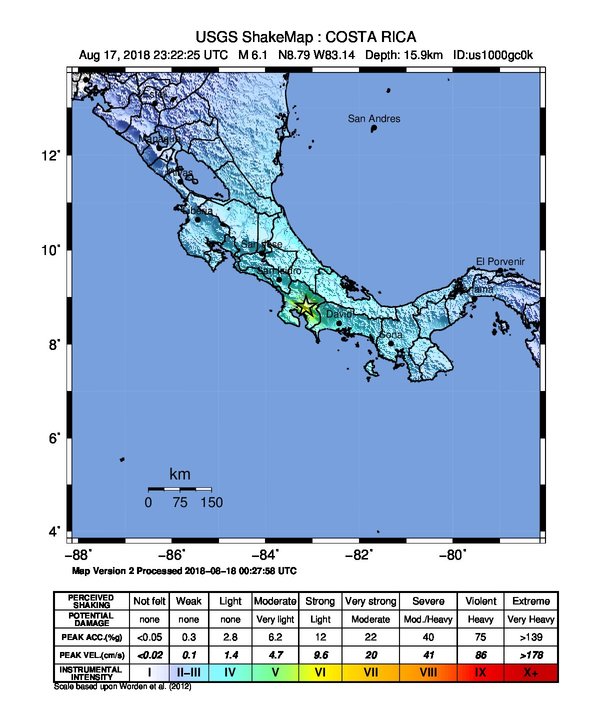