An upper level low west of Kauai and ample deep moisture have worked together to produce record-shattering rains in parts of Hawaii over the weekend. At least two homes were swept away by raging floodwaters and dozens more damaged. The hardest-hit area is between Hanalei and Haena. There are no reports of deaths or injuries at this time.

"This beats all 1- and 2- day rainfall records at Hanalei," the NWS office in Honolulu said.

Island authorities sent first responders and helicopters to search for residents in need of rescue but they had to be grounded when heavy rainfall continued, Kauai County officials said.

At least two homes were destroyed and dozens were damaged or flooded in Hanalei, Wainiha, Haena, and Anahola, the county spokesperson said, adding that about 40 people are staying at the shelter in Hanalei.

The two homes destroyed were ripped from their foundations Saturday along Wainiha Powerhouse Road on the northern side of the island, local media reported. Officials believe they were vacant. 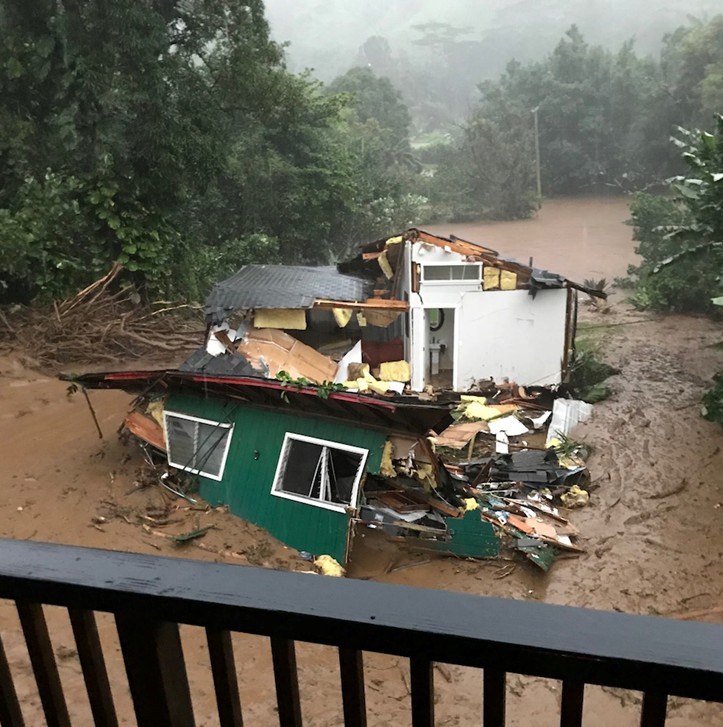 Power and water outages are reported across the island.

The Hanalei Elementary school will be closed on Monday, county officials said.