This system will pass very close to Madagascar over the next couple of days while strengthening to Category 3  hurricane equivalent (possibly 4). Strong winds and heavy rain are expected, as well as dangerous seas along the eastern shores of the island. 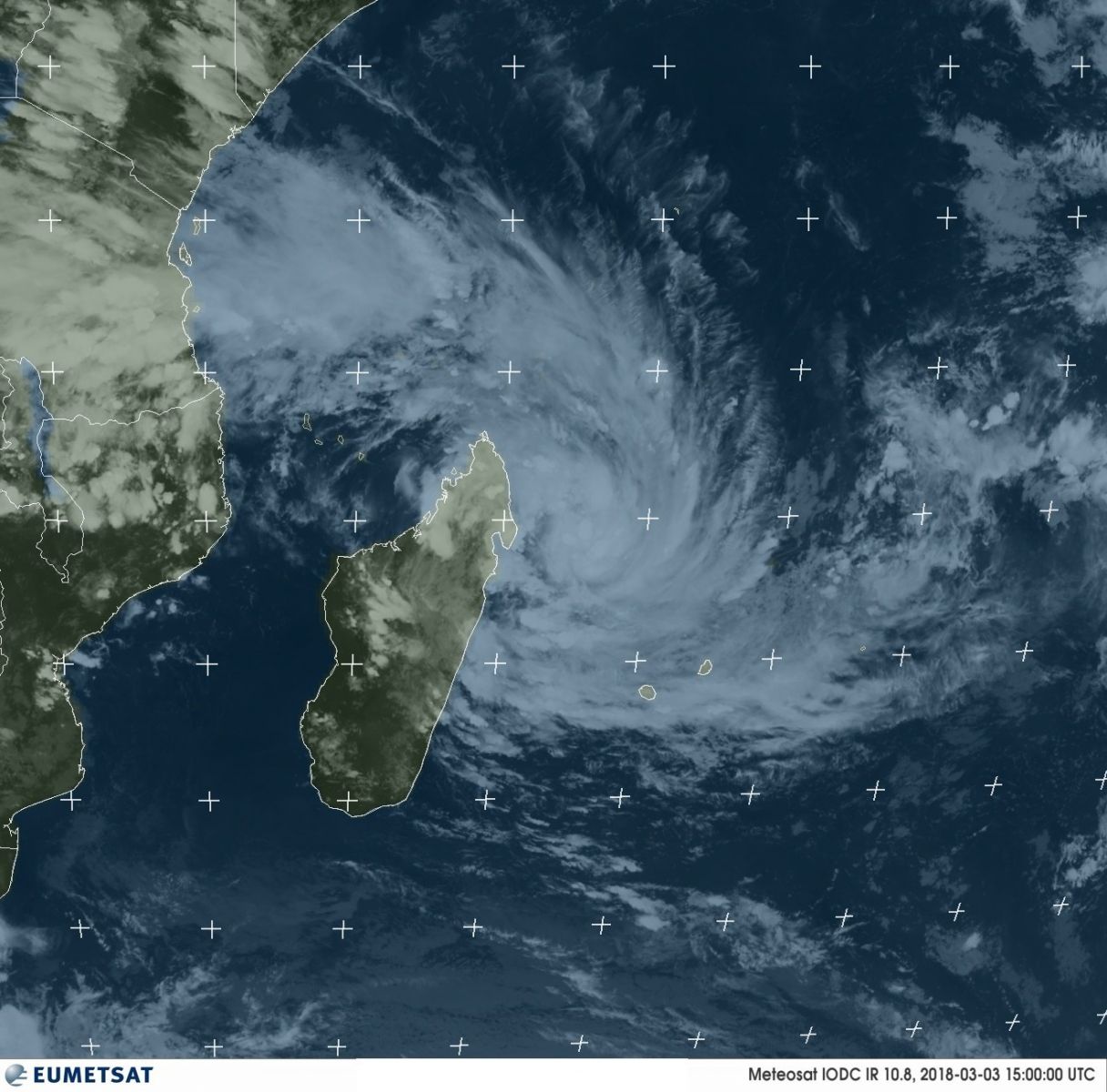 Multi-model consensus takes Dumazile southwestward over the next 36 hours and then southeastward.

La Reunion should start feeling Dumazile's impacts late Sunday through Tuesday. Although landfall is not expected, residents are invited to follow its development through official channels and be ready for possible tropical cyclone winds and heavy rain. 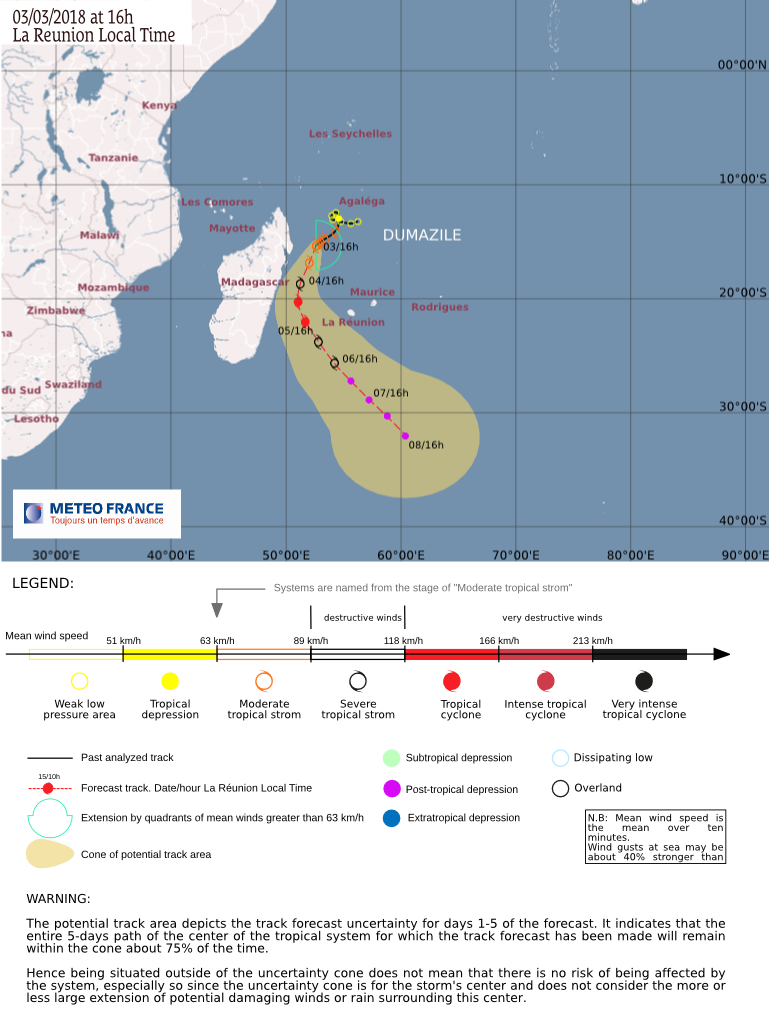