The eruption of Mount Mayon in the Philippines continues with no sign of abating. Over the past 24 hours, the activity at the volcano was characterized by near continuous lava fountaining, lava flow and degassing from the summit crater.

Since 04:35 UTC on February 7, Mayon seismic network recorded 69 successive lava fountaining episodes. Discrete episodes lasted 3 to 233 minutes and were accompanied by rumbling and heaving sounds audible beyond 10 km (6.2 miles) of the summit crater.

Incandescent lava fountains 100 m (328 feet) tall generated steam-laden plumes that rose 800 m (2 624 feet) from the summit before drifting northeast. Throughout the night, lava flows and consequent incandescent rockfalls were observed in the Mi-isi and Bonga-Buyuan channels.

A total of 54 volcanic earthquakes, most of which corresponded to lava fountaining events were recorded by Mayon's seismic monitoring network. Sulfur dioxide gas emission was measured at an average of 2 526 tonnes/day on February 7, 2018.

Electronic tilt and continuous GPS still record sustained swelling or inflation of the edifice since November and October 2017, consistent with pressurization by magmatic intrusion. 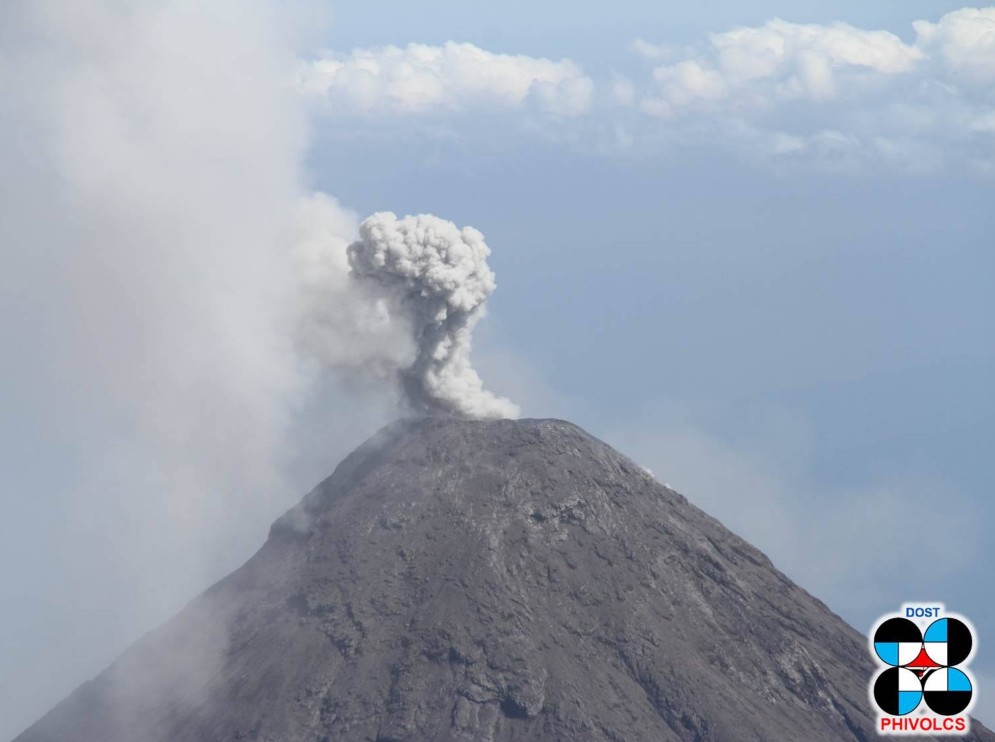 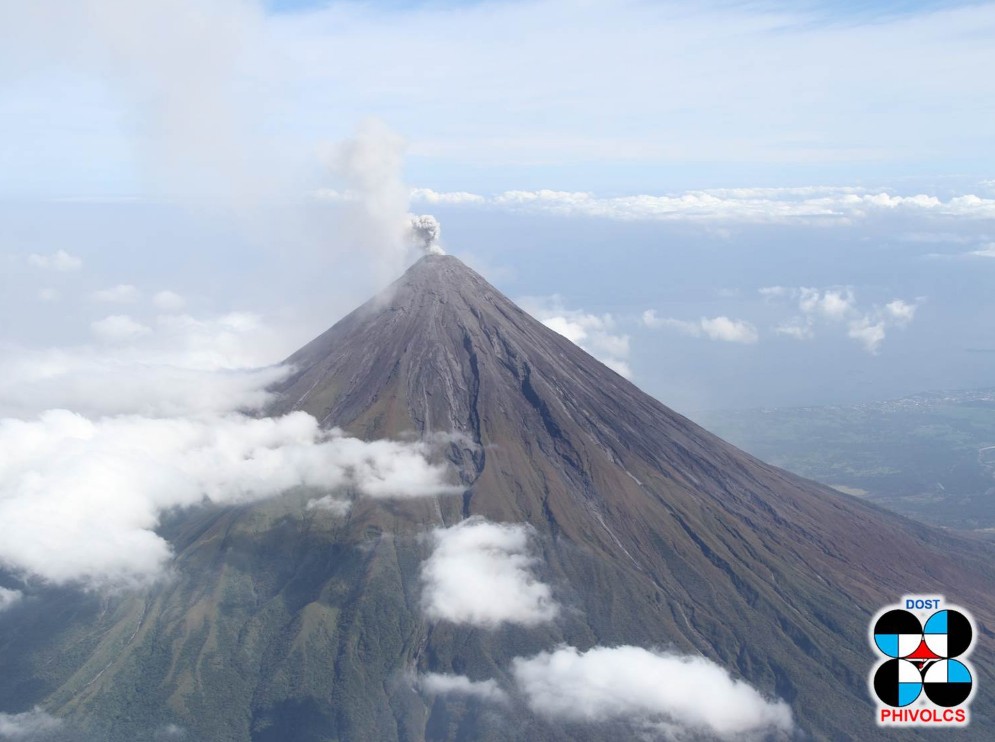 The total number of evacuated people stands at 87 452 as of February 7. 58 069 people are staying at evacuation shelters in 52 locations.

PHIVOLCS raised the Alert Level from 3 to 4 on January 22, foreseeing the possible large-scale eruptions, and this alert level is still in effect.

The public is strongly advised to be vigilant and desist from entering the 8 km (5 miles) radius danger zone, and be additionally vigilant against pyroclastic flows, lahars and sediment-laden stream flows along channels draining the edifice.