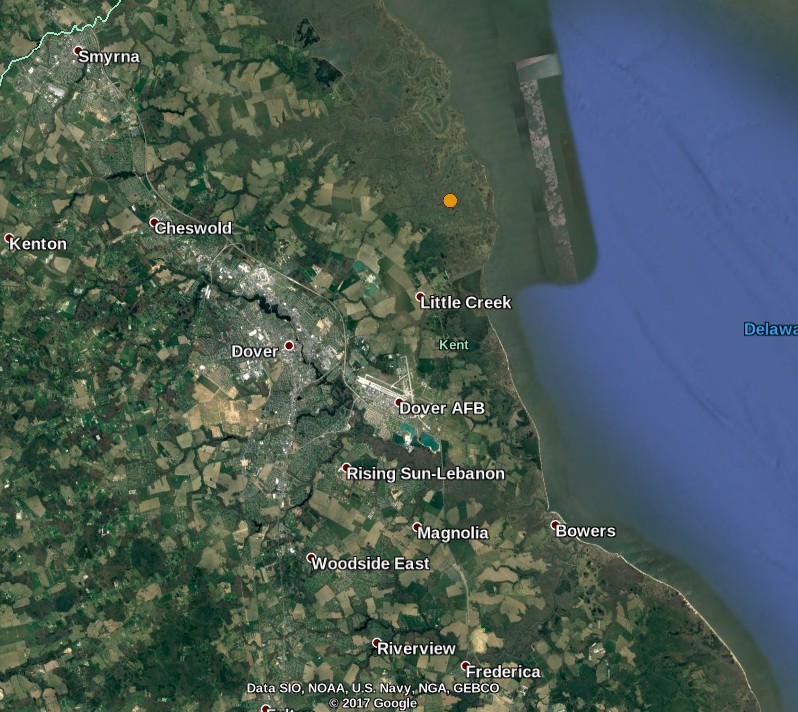 The epicenter is also about 10 km (6.2 miles) ENE of Dover Air Force Base. Sgt. Rene Carberry, a spokeswoman at Dover AFB, told the Associated Press that people on the military installation felt it. "Some went outside to see if something had fallen down," Carberry said. 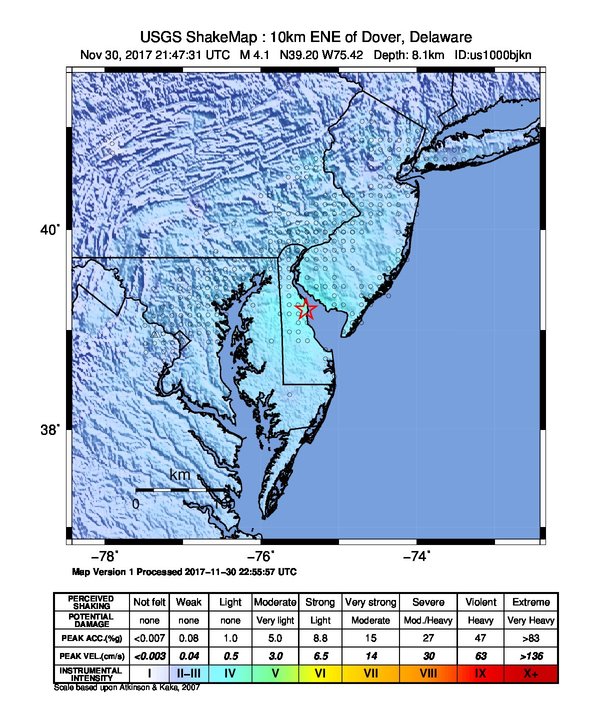 The USGS received more than 14 900 felt reports from users as far away as Massachusetts to the north and South Carolina to the south.

There are no reports of injuries or damages to infrastructure or buildings. 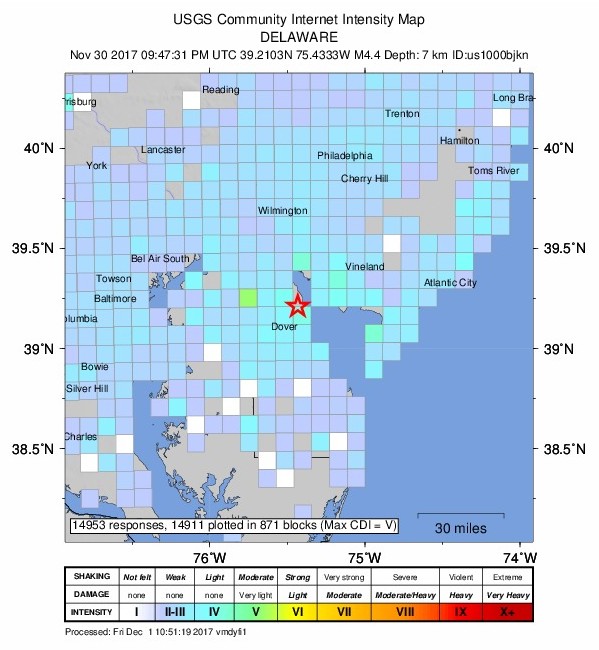 Geophysicist Dale Grant of the USGS said an earthquake in Delaware is 'exceptionally rare.' There is no known fault associated with this earthquake and the hazard maps produced by the USGS do not show Delaware having a significant seismic hazard, he said.

Paul Caruso, another geophysicist with the USGS described as unusual. "I was talking with the other seismologists and we said, ‘Wow, we don’t ever remember a quake in Delaware," he said.

It was the first significant earthquake felt in that region since the 2011 M5.8 Virginia earthquake. 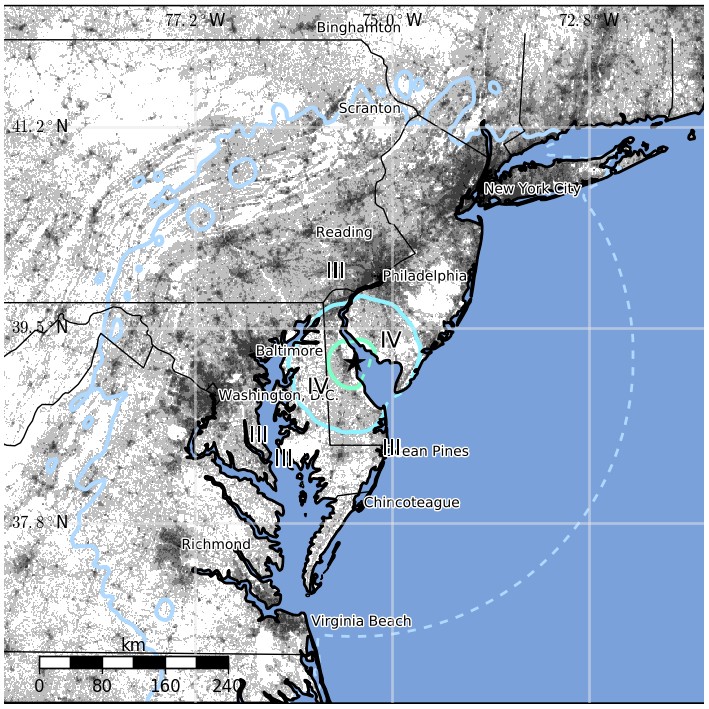 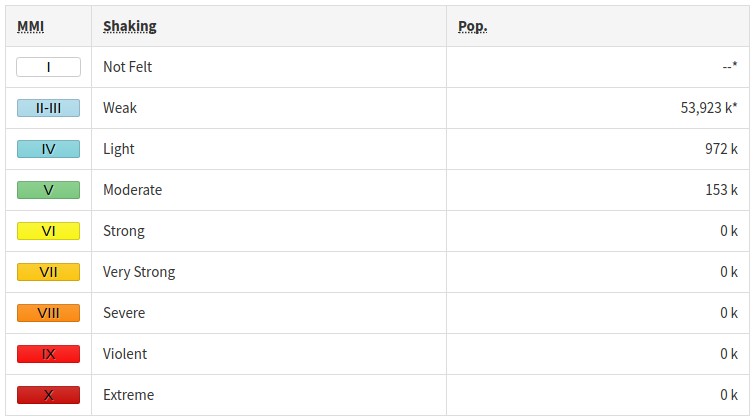 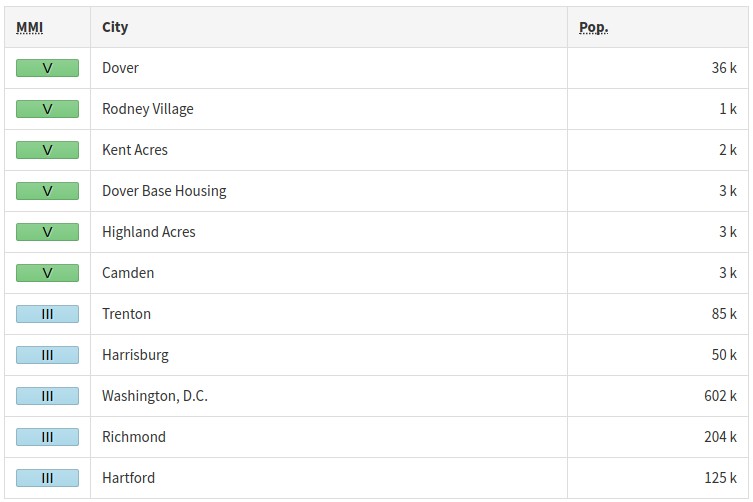 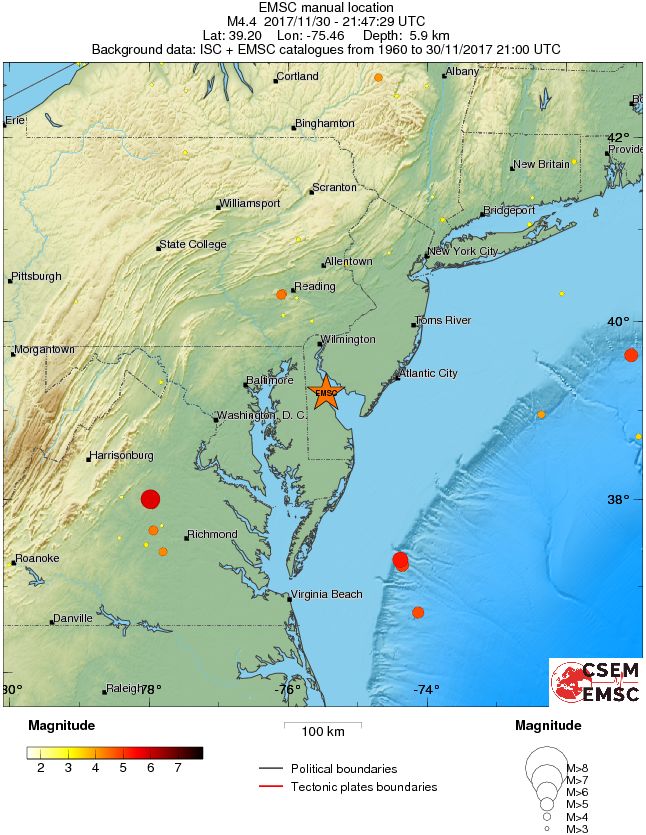