A moderately strong solar flare measuring M1.1 at its peak erupted at 23:28 UTC on October 20, 2017 from the vicinity of old Region 2682, numbered 2673 two rotations ago. Radio signatures suggested and coronagraph imagery confirmed, a Coronal Mass Ejection (CME) was produced by this eruption. However, due to the location of this region on the SE limb, this CME is not Earth-directed. 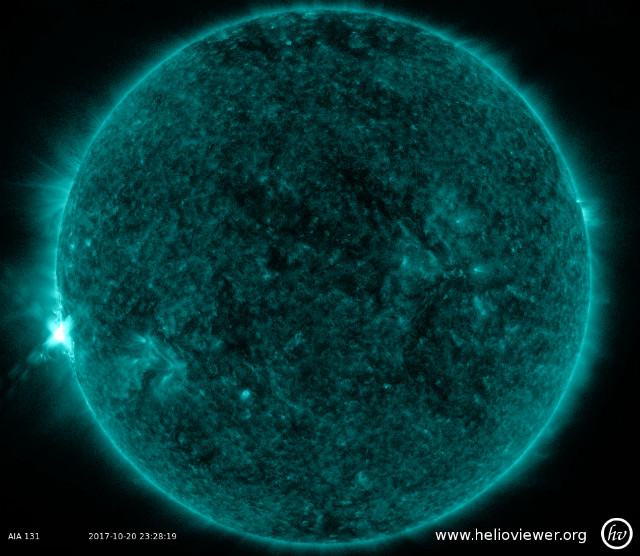 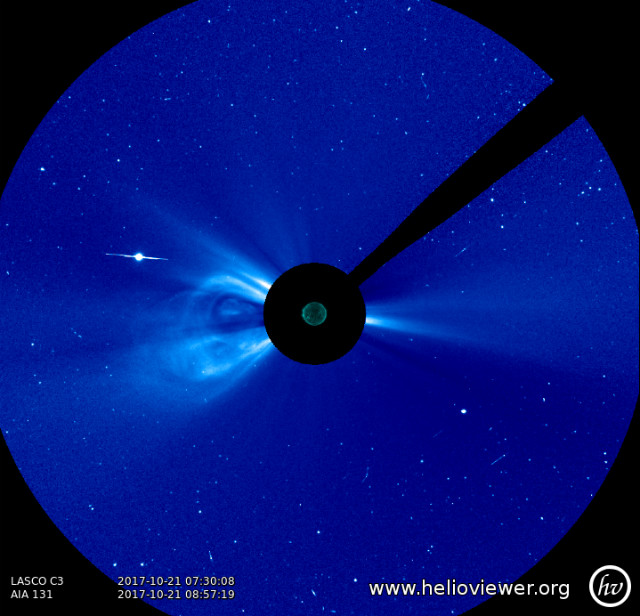 As already mentioned, CME produced by this eruption is not Earth-directed as this region is currently located on the SE limb.

This is the same region that produced 4 X-class solar flares, including the strongest of the cycle, multiple M-class flares and CMEs and S3 – Strong solar radiation storm two rotations ago (September 2017) and it seems it still has the potential to produce powerful flares.

This region produced several CMEs on October 17th and a powerful double solar flare eruption early October 18, 2017. This suggests an uptick in solar activity can be expected over the next two weeks as the region rotates through the visible disk.

There are currently no numbered active regions on the visible disk. Old region 2673, numbered 2682 in its previous rotation is barely visible. This will change in the days ahead. 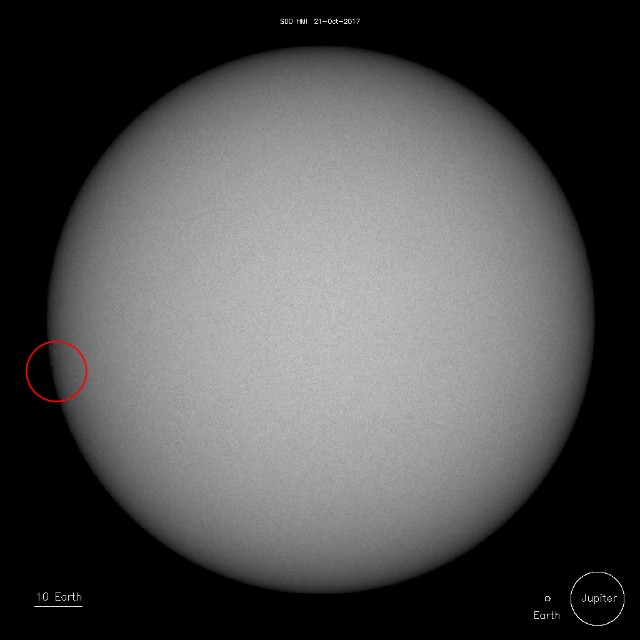